CDS’s "Scene on Radio" Podcast Previews Season 5, "The Repair," on the Climate Crisis 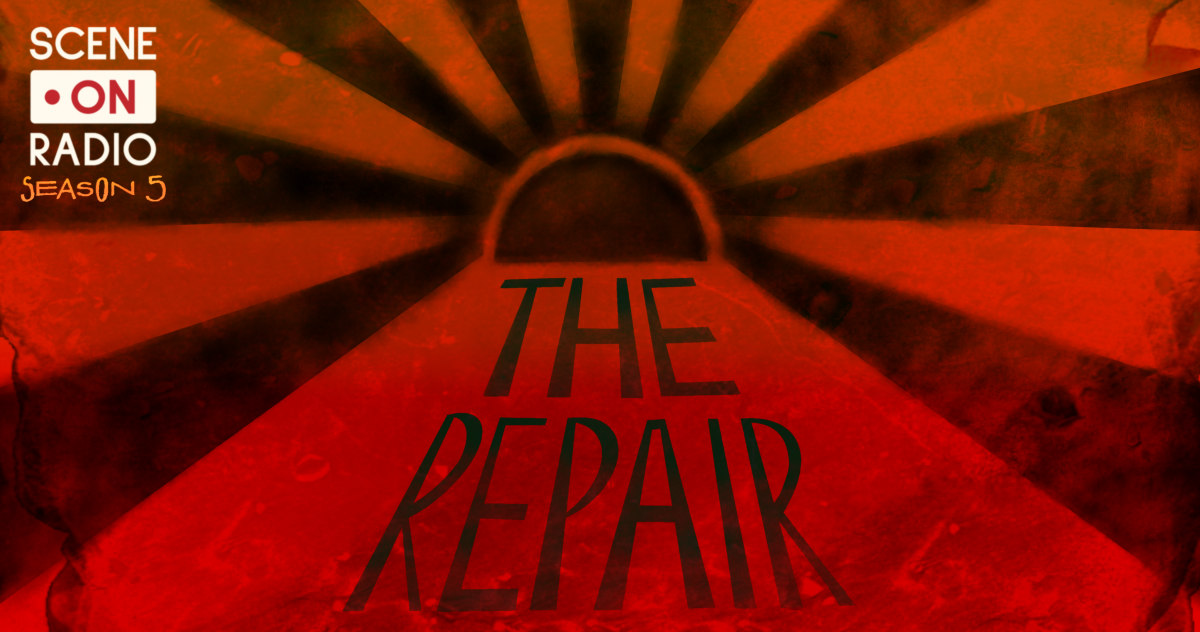 Season 5 of Scene on Radio, the two-time Peabody-nominated podcast from the Center for Documentary Studies, launches September 15, 2021.

Over the course of about ten weekly episodes, producer and host John Biewen and co-host Amy Westervelt—the award-winning climate journalist and host of the Drilled podcast—will explore the cultural roots of our current ecological emergency, and the deep changes Western society will need to make to save the Earth and our species.

Listen to a season preview:

“I’ve felt for many years that most of us making media should be shouting more loudly about the climate crisis,” says Biewen. “It’s the story, the most pressing emergency, of our time. But I hadn’t figured out a way to contribute something fresh to the conversation. I think we’ve found a way.” Over the past three seasons, Scene on Radio has dug deeply into history, with help from leading experts, to uncover the origins of white supremacy, patriarchy, and the antidemocratic forces embedded in American life. “So, what might all of that have to do with our climate crisis?” Biewen asks in Episode One of The Repair. “Other than everything,” co-host Amy Westervelt replies.

Through interviews with historians and other experts, The Repair will trace the evolution of the West’s colonizing, extractive culture, and how we in the rich Global North drove humanity into the ecological ditch. We’ll hear from producers in other countries where climate change hit early and hard. Finally, with help from leading thinkers and activists, Biewen and Westervelt will look at potential solutions—the repair.

Scene on Radio is a podcast from the Center for Documentary Studies (CDS) at Duke University, distributed by PRX, that dares to ask big, hard questions about who we are—really—and how we got this way. Building on previous seasons’ success, including the Peabody-nominated series Seeing White (2017) and The Land That Never Has Been Yet (2020), Scene on Radio heads into Season 5 with more than 11 million downloads and notice from the New York Times, Columbia Journalism Review, Buzzfeed, and others. (See Press page.)

Scene on Radio Season 5 is supported by listener-donors, and by the International Women’s Media Foundation.

About the Season 5 team:

John Biewen’s radio work has taken him to forty American states and to Europe, Japan, and India. He has produced for the NPR newsmagazines, This American Life, Studio 360, American RadioWorks, and the BBC World Service. He is audio program director at the Center for Documentary Studies, where, in addition to producing Scene on Radio, he teaches audio courses to undergraduate, graduate, and continuing education students. With co-editor Alexa Dilworth, he edited the book, Reality Radio: Telling True Stories in Sound, now in its second edition.

Amy Westervelt is the founder of the Critical Frequency podcast network, named AdWeek‘s 2019 Podcast Network of the Year. She is also an award-winning print and audio journalist who has contributed to the Washington Post, the New York Times, the Guardian, NPR, and many other outlets. In 2007, she won a Folio for her feature on the potential of algae as a feedstock for biofuel. In 2015 she was awarded a Rachel Carson Award for “women greening journalism,” and in 2016 she won an Edward R. Murrow Award for her series on the impacts of the Tesla Gigafactory in Nevada. As the head of Critical Frequency, she has executive produced more than a dozen podcasts, including her own show Drilled—a true-crime style podcast about climate change—which was awarded the 2019 Online News Association Award for “Excellence in Audio Storytelling.” Her book Forget Having It All: How America Messed Up Motherhood, and How to Fix It was published in November 2018 by Seal Press, and received a starred Publisher’s Weekly review.

Cheryl Devall, Season 5 story editor, became a journalist because she values storytelling as a way to keep introducing ourselves to one another. She's been fortunate to spend 40 years working at it on print and audio platforms. Life and work have taken her from Northern California to the Northeast, the Midwest, the Deep South and back again. She has shared in three duPont-Columbia awards. As an independent audio story editor, she’s helped to shape audio documentaries and podcasts on civil rights-era cold cases, California’s effort to change the standard for police use of deadly force and the gospel music roots of rock and soul.

Find out more about the Scene on Radio podcast at sceneonradio.org. All episodes from Seasons 1–4 are available on the website or on your favorite podcast app, including Seeing White  (Season 2), MEN  (Season 3), and The Land That Never Has Been Yet  (Season 4).