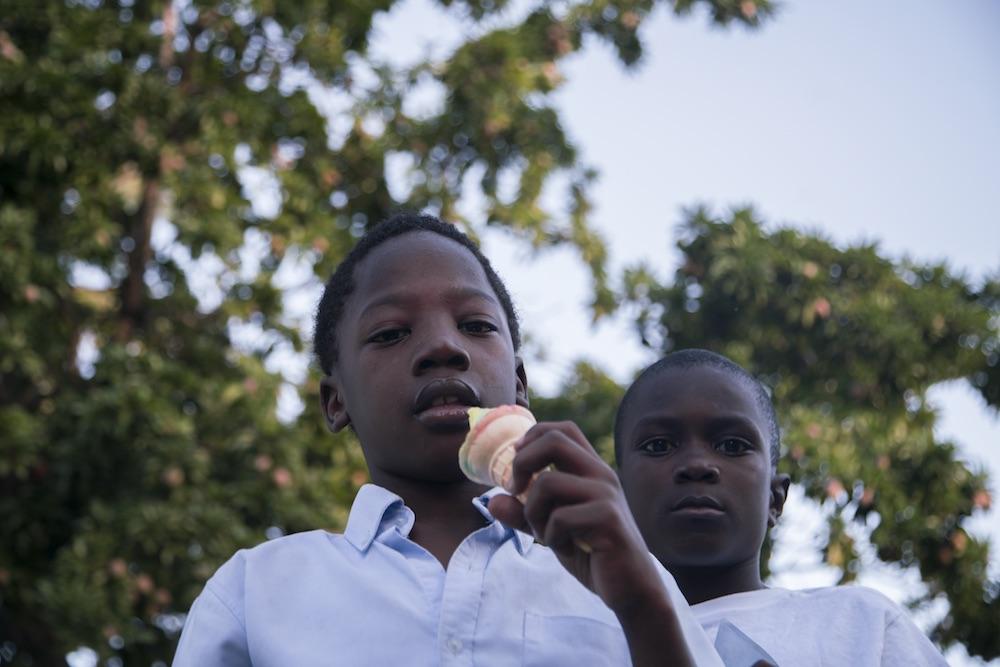 NOTE: The Documentary Diversity Project was a three-year pilot program that was active 2017–2020.

As part of a strategic priority to diversify the documentary field, the Center for Documentary Studies at Duke University (CDS) has launched a three-year pilot program made possible in part by a grant from the William R. Kenan, Jr. Charitable Trust. The goal of the Documentary Diversity Project (DDP) is to build pathways for more people of color to participate in the documentary arts and to become nonfiction filmmakers, audio producers, photographers, writers, and new media artists; to amplify their achievements; and to promote their work. DDP participants in the three-year pilot phase will include Post-MFA Fellows in the Documentary Arts (generally, ages 24–32) as well as Emerging Documentary Artists (ages 18–24).

“We’ve been teaching, making, and exhibiting the documentary arts for more than twenty-five years, and we know that it matters who tells the stories,” says CDS director Wesley Hogan. “The documentary field has largely been the province of people from backgrounds and experiences outside the communities and circumstances they document, like the arts and media more broadly,” she says. “Thankfully, among media publishers, people in the film industry, and other arts gatekeepers, there’s now an awareness that this is a problem that has placed real limits on what we as a society see, hear, and understand. The Documentary Diversity Project will address this problem head-on—by creating a comprehensive talent-development strategy for emerging and more-established documentary artists from underrepresented groups.”

The Post-MFA Fellowships in the Documentary Arts will support artists in a critical phase of their careers. A generous stipend will give qualified Fellows from underrepresented groups the space and time to significantly enhance a portfolio of documentary work in their chosen medium(s) and, working closely with CDS faculty, staff, and visiting artists, expand professional networks, capacities, and reach. Like Galanis, Fellows may choose to teach or coteach an undergraduate course at Duke during their spring semester. More information about the Post-MFA Fellowships and current and past fellows.

Fellows will also help mentor the Emerging Documentary Artists—young people from historically underrepresented groups who are not in school full-time or employed full-time. For the first cohort, preference will be given to local applicants living in Durham. Emerging Documentary Artists will be paid a living wage for full-time, eighteen-month positions working alongside CDS faculty, staff, and visiting artists to develop their skills in the documentary arts; explore community connections and build an audience for their work; and create a portfolio of their own documentary projects. In addition, they will work with Wesley Hogan in her spring undergraduate class and will also serve as mentors to younger students from underrepresented groups. More information about the Emerging Documentary Artists and current artists in residence.

Members of national arts and cultural organizations will mentor both Fellows and Emerging Documentary Artists during brief residencies at CDS, where they will interact with project participants and with staff, faculty, students, and local mentors.

In building sustained pathways for a greater range of people to become documentary artists and producers, CDS is tapping into one of its great strengths, says Wesley Hogan. “Mentoring people over a long span of time—through different stages of a career—is a philosophy and practice that we are deeply committed to. Practiced on a broad scale, this approach has tremendous transformative potential—for individuals, communities, for our institution, and even for society at large,” she explains. “Our goal with the DDP is to diversify the nonfiction storytellers of this country, so that in twenty years’ time they will more accurately reflect who we are, and the astonishing range of experiences and backgrounds of Americans living in a global world.”