CDS Artists in the News 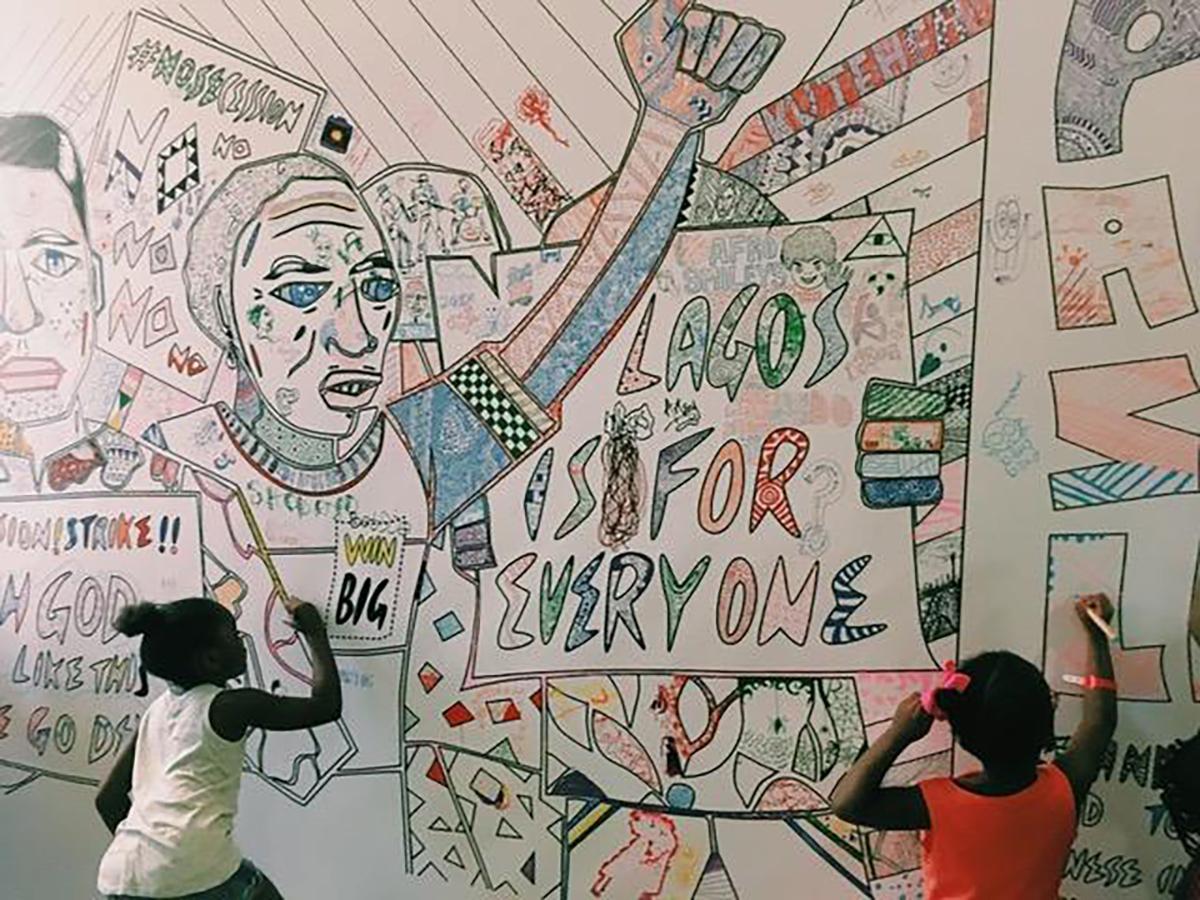 Photo: A mural in Lagos, Nigeria. Photograph by Katie Fernelius.

Congratulations to three members of the Center for Documentary Studies family:

Tamika Galanis’s short film When the Lionfish Came was selected for the 2018 International Film Festival Rotterdam (IFFR), held this year from January 24–February 2. Galanis is a Post-MFA Fellow with CDS’s Documentary Diversity Project, and graduated from Duke’s MFA in Experimental and Documentary Studies program in 2016. At IFFR, her film will be screened in a combined program called The Color Line: African American Agency in Cultural Representation. Read more about the screening program and film on the IFFR website.

The BBC World Service and the Sundance Film Festival Institute are collaborating on a series of radio programs and podcasts and have selected five projects to take forward into production, including The Battle for The Future of Las Gidi by CDS alumni Katie Fernelius with Ishan Thakore. The two are in Nigeria working on the project, which looks at the impact of rapid urbanization in Lagos on some of that city's poorer communities. Fernelius and Thakore are Duke grads ('16 and '15, respectively); Fernelius graduated with a Certificate in Documentary Studies from CDS, which also awarded her its 2016 Julia Harper Day Award.

Duke senior and CDS undergraduate student Evan Bell has her first solo photography exhibition, black. The exhibit features images from Bell’s work documenting Durham's African American community, and “showcases the diversity of what it means to be black in 2018.” Bell started working with CDS cofounder and Duke professor Alex Harris in 2015, and continued the project as a 2017 RIPP Fellow at CDS, with Harris as faculty mentor. View black. through February 5 at the Louise B. Jones Gallery in Durham, and read more in The Daily Tar Heel.