The Scene on Radio podcast from the Center for Documentary Studies (CDS) at Duke University has been nominated for a 2021 Peabody Award for its Season 4 series on democracy. Created and produced by CDS audio director John Biewen and distributed by PRX, the podcast aims to explore human experience and society.

Listen to the Season 4 trailer.

The Land That Never Has Been Yet reunites the team from the Season 2 Seeing White series that was nominated for a 2017 Peabody Award: Biewen; his collaborator Chenjerai Kumanyika, journalism and media studies professor at Rutgers University; and series editor Loretta Williams, the public radio veteran.

Out of approximately 1,300 entries, The Land That Never Has Been Yet is among 60 finalists for the prestigious award, which honors the most compelling and empowering stories released every year in broadcasting and digital media. Thirty Peabody Award winners will be announced in June 2021. 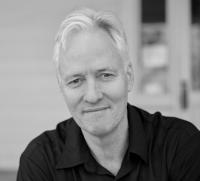 Scene on Radio producer John Biewen’s radio work has taken him to forty American states and to Europe, Japan, and India. He has produced for the NPR newsmagazines, This American Life, Studio 360, American RadioWorks, and the BBC World Service. He is audio program director at the Center for Documentary Studies, where, in addition to producing Scene on Radio, he teaches audio courses to undergraduate, graduate, and continuing education students. With co-editor Alexa Dilworth, he edited the book, Reality Radio: Telling True Stories in Sound, now in its second edition. 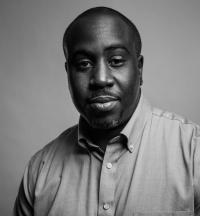 Chenjerai Kumanyika is a researcher, journalist, and artist who works as an assistant professor in Rutgers University’s Department of Journalism and Media Studies. His research and teaching focus on the intersections of social justice and emerging media in the cultural and creative industries. Kumanyika is the co-executive producer and co-host of UnCivil, Gimlet Media’s podcast on the Civil War. He has also been a contributor to Transom, VICE, and NPR’s Code Switch and Invisibilia podcasts and All Things Considered, and he is a news analyst for Rising Up Radio with Sonali Kolhatkar.

STAY TUNED: Season 5 of CDS's Scene on Radio podcast will launch in September 2021, featuring a new series on the climate crisis produced by John Biewen and guest producers.