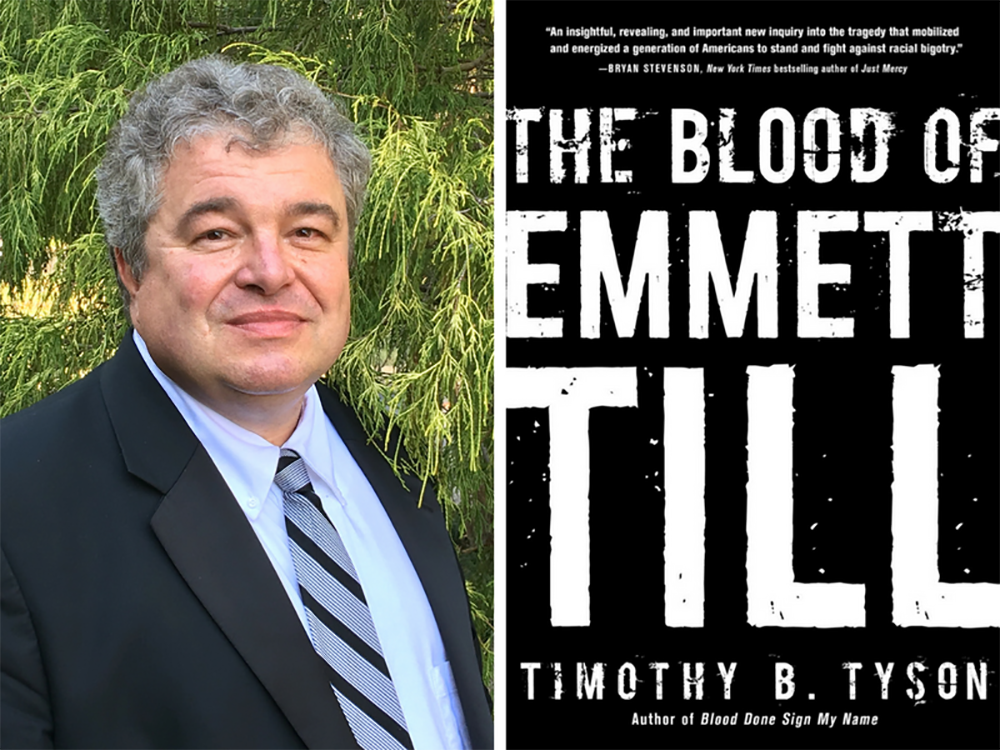 The Center for Documentary Studies (CDS) at Duke University is pleased to announce that CDS senior research scholar Timothy B. Tyson has won the 2018 Robert F. Kennedy Book Award for The Blood of Emmett Till (Simon & Schuster, 2017). Tyson’s book, which was longlisted for the National Book Award, reexamines the 1955 lynching in Mississippi of fourteen-year-old Emmett Till and that event’s seismic impact on the civil rights movement.

Each year the nonprofit advocacy organization Robert F. Kennedy Human Rights presents prestigious awards in journalism and to the book that “most faithfully and forcefully reflects Robert Kennedy’s purposes.” In its first year, the award went to CDS cofounder and Duke University professor emeritus of history William Chafe for his 1980 book Civilities and Civil Rights. Tyson and other winners will be honored at a May 22 ceremony at the Newseum in Washington, D.C.

Said Tyson on receiving the award:

“I was astonished and proud to hear that I had won the Robert F. Kennedy Book Award.  It remains a stretch to see my name on the shining list of writers and scholars who have won this distinguished award over the decades, but I am grateful.  What lifts the RFK Book Award to its singular stature is that these authors impart crucial historical and moral truths with compelling clarity that finds an audience.  Their books are acts of citizenship as well as scholarship.

An African proverb says, "We will know how the story goes when the fight starts."  Unlike many professional talkers, who find reasons to flee to the tall grass or the ivory tower, the engaged writers and scholars who have won the Robert F. Kennedy Award before me have stood in the open and fought for justice, equality, and compassion for the most vulnerable among us--for a social order grounded in the sacred worth, cultivated capacities and human dignity of all God's children.  They leave all of us big shoes to fill.

Robert F. Kennedy taught us that whenever we reject what Martin Luther King, Jr. called the "thingification" of human beings, when we battle injustice, when we grasp a hand in friendship and solidarity, we send forth "a tiny ripple of hope, and crossing each other from a million different centers of energy and daring those ripples build a current which can sweep down the mightiest walls of oppression and resistance."

Those "ripples of hope" became a mighty river over more than two centuries of struggles to make America's founding documents more than worthless scraps of paper and to let them speak to the ages.  Those ripples of hope flow this very day onto the National Mall and onto the capitol grounds of more than thirty-five states, where they join Rev. Dr. William J. Barber, II of North Carolina, and thousands of activists from organizations across the nation to bring together the Poor People's Campaign: A National Call for Moral Revival.  Today they stand against systemic racism, poverty, environmental destruction, the seemingly endless war economy, and a dangerous national lack of authentic moral vision, and bid us to show up, take a hand and revive the heart of American democracy.

Dorothy Day called our ongoing struggles for love and democracy "a revolution of the heart."  History shows that humanity may be frail and flawed, both endangered and dangerous, but the heart will lead us home again.”

Tyson’s story on The Blood of Emmett Till for the Oxford American’s online series The By and By includes excerpts from the book.