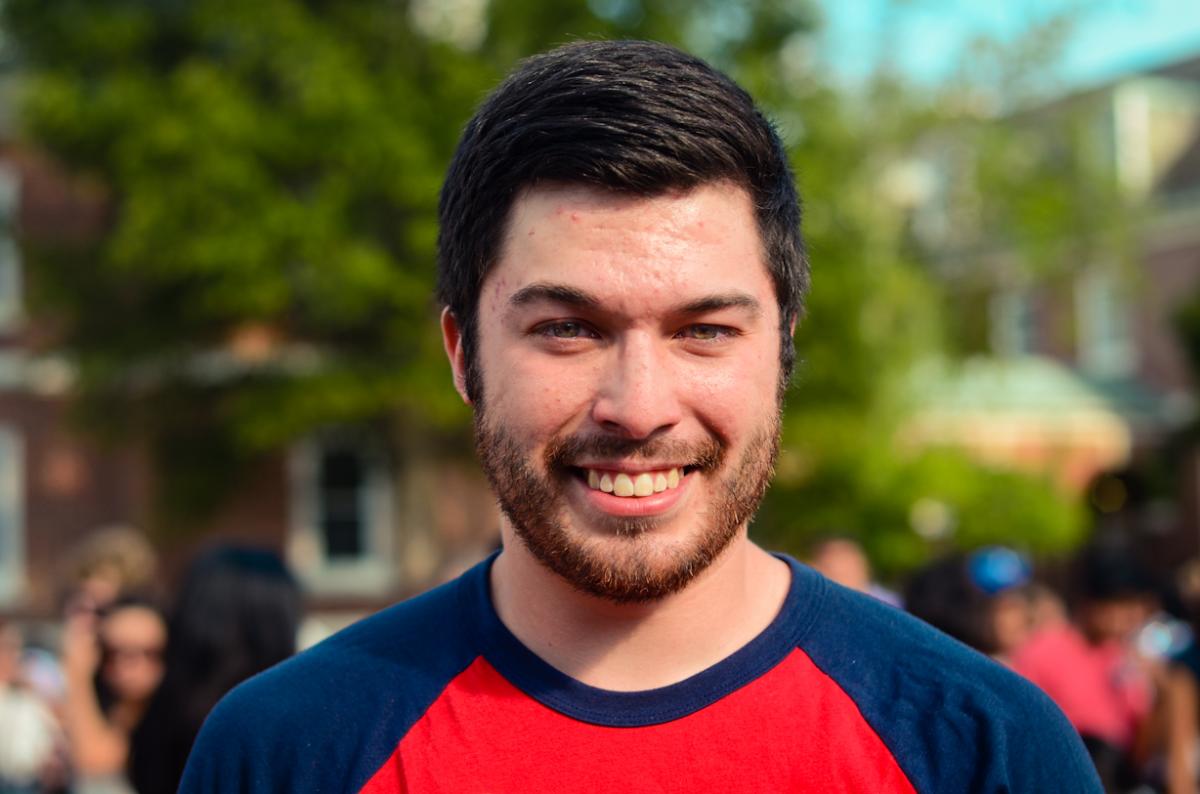 The Julia Harper Day Award was created by the Center for Documentary Studies in 1992 in memory of the young woman who was the CDS’s first staff member, a writer and photographer of real accomplishment. This $500 award goes to a graduating Duke University senior who has demonstrated excellence in documentary studies and contributed significantly to the CDS programs. This year’s Julia Harper Day Award goes to Sharpsburg, Georgia, native Christopher White, a visual and media studies major graduating with a certificate documentary studies as well as a certificate in the Arts of the Moving Image.

Christopher has taken many classes at CDS, spanning interests in documentary writing, film, photography, audio, and history. He has also worked at CDS since his sophomore year, working with Undergraduate Education Director Chris Sims:

“Christopher has been our most zealous ambassador to other students at Duke and in spreading the word about our classes. He has been instrumental in the success of our program. His ability to get along with anyone, his endearing sense of humor, and his versatility to handle any situation that comes up serve him well in his work at CDS and in his everyday life as a student, but also especially in the pursuit of his own documentary work, where those interpersonal skills are an essential ingredient for a documentarian out the field working with others.”

Christopher first came to CDS as a first-year student enrolled in a FOCUS cluster “Humanitarian Challenges” where he took a course, “The U.S./Mexico Border” with Charlie Thompson, professor of the practice of cultural anthropology and documentary studies. As Thompson relates, “Christopher did his first documentary work in that course, befriending a young Dreamer who endeavored to go to college just like Christopher, and telling his story. Christopher’s film was a powerful testament to his empathy and talent . . . four years later, we are all fortunate that Christopher has given so much to this field, this Center, and to humanity at large.”

In addition to working with and at CDS, Christopher has completed documentary work with Students of the World, a short-form documentary group that seeks to tell “stories that matter.” He has also directed and produced narrative short fiction films with Freewater Productions, Duke’s student-run film production company. His interests are centered around nature and identity, and which spaces – whether biological, artificial, or virtual – allow for different versions of nature and identity.

Christopher is currently working on a film called American Graffiti: Stories from the American Drive-In (working title) – which he plans to continue working on after graduating in May. The film combines audio-collected stories from people recollecting memories from their experiences at drive-in theaters with visuals of abandoned drive-in theaters and archival footage. The result will be a mosaic of stories that tell about adolescence and nostalgia for a space that has been slowly dying out for the past few decades.