The Center for Documentary Studies is proud to recognize five students in its continuing education program, CDS Courses, who will receive their Certificates in Documentary Arts and present their final projects in an online event on December 4, 2020: Marjee Chmiel, Paul Hilbink, LeRhonda S. Manigault-Bryant, Vann Thomas Powell, and Valerie Zink. Filmmaker Randy Benson, a longtime CDS Courses instructor, worked with these artists in a Final Project Seminar as they completed their certificate program of study and substantial documentary work.

Typically an in-person event, this virtual ceremony will celebrate the brilliance and perseverance of our graduates as they head into the world as documentary change agents with all knowledge of the power and fervor of their voices in the world.

Friday, December 4, 6:30–7:30 p.m.: Using this link, please join us to honor these artists’ accomplishments as Fall 2020 CDS Certificate in Documentary Arts graduates and experience their work; read more about the artists and their final projects below.

Marjee Chmiel / Ourselves, In Stories 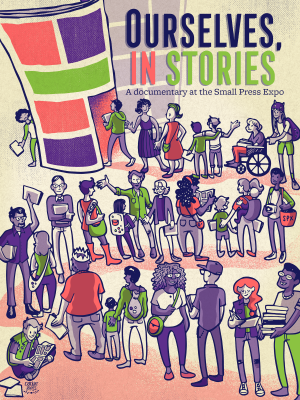 Growing up in an immigrant family in a working-class neighborhood in Chicago, I remember how alienated I felt watching the sitcoms and films of the '80s. I was more likely to (and in fact did) see a cat-eating, wise-cracking alien on television than a family of manual workers shopping for appliances at flea markets, or multiple generations in a household. Since then, I’ve thought a lot about who “gets” to write, tell, and show their stories, and what it means for our culture when those stories come from a limited point of view.

For me, independent comics have been a place where all the usual gatekeepers are absent. Agents, editors, distributors, and funders don’t need to sign-off on, accept, review, or otherwise bless the fantastic worlds drawn on a legal pad during the downtime of an artist’s’ daily hustle. Copy machines and social media are all that’s needed to transport readers into a variety of lived experiences that Hollywood and major publishers overlook as unprofitable.

In the United States, our stories are among our greatest exports, viewed by audiences around the world. The stories we tell and share shape how humanity sees itself, its past and its future. Indie comics have become Oscar-winning films and genre-defying hit series on Netflix. I’m convinced that if you want to see the stories, we’ll all be talking about in 2025 and beyond, you can start now by meeting the independent comics creators of today . 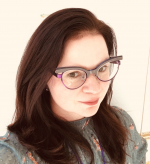 Marjee Chmiel is an award-winning, multi-media creator who has worked with the Smithsonian Institution, National Geographic, and PBS. In 2011, she published Luci's Let Down, a graphic novel about the struggle of living a creative life in a world that makes it difficult to do so. With an undergraduate degree in chemistry and a PhD in social science research, Marjee feels strongly that the most important truths can be found in the arts, and that is the subject of her scholarship as well as her creative work. 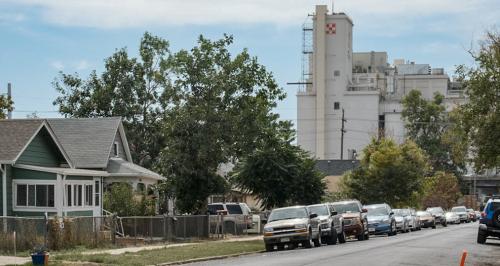 12 Degrees, a documentary film, explores the intersection between climate change, the urban heat island effect, and redlining in the GES community (Globeville, Elyria, Swansea) in north Denver. A recent study showed that in 94% of the over 100 cities that the researchers looked at, they found that historically redlined neighborhoods were nearly 5 degrees Fahrenheit warmer on average than non-redlined neighborhoods. Some cities (like Denver) showed even more dramatic differences — as much as 12 degrees.

Paul Hilbink is a documentary photographer and filmmaker who lives in Denver. He focuses on projects dealing with climate change, ocean conservation, environmental justice, and environmental racism. 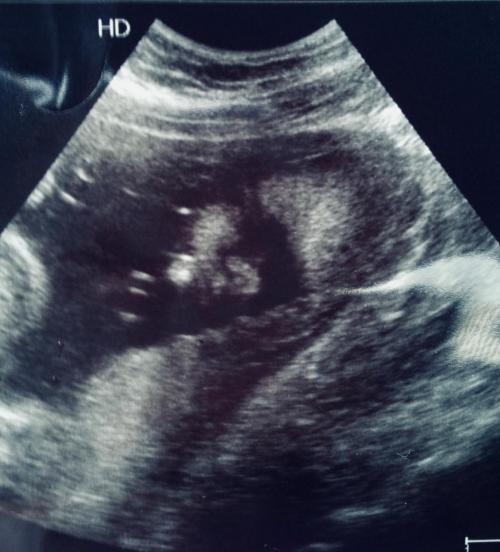 It is a fact that the United States of America has the highest maternal and infant mortality rates among comparable developed countries. The survival rates for Black mothers and their infants are even more abysmal. Today, when the United States is among the most technologically advanced nations in the world, Black women across the income spectrum and from all walks of life are dying from preventable pregnancy-related complications, and at three to four times the rate of non-Hispanic white women.

PRECIPICE (On the Black Maternal) is an experimental documentary short. In it, three Black women consider the sacred, yet precarious nature of labor and delivery in the United States. “Precipice” is inspired by my own account of how I nearly died during labor and delivery. It is a narrative about how I, channeled ancestral energy, advocated for myself, and how those actions saved my and my son’s lives. “Precipice,” then, is a story about human resilience. It is a story about Black women actively choosing life. And, it is a story of Black maternal connection. 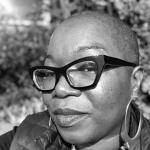 LeRhonda S. Manigault-Bryant is Professor of Africana Studies at Williams College and founder of ConjureGirlBlue Productions. A proud native of Moncks Corner, South Carolina, Rhon navigates the academy as a scholar-artist, where she merges her life as a thinker, musician and filmmaker. She is the author of multiple academic books, public-facing writing, and films including Talking to the Dead: Religion, Music, and Lived Memory among Gullah/Geechee Women (2014) and the acclaimed documentary short “death. everything. nothing” (2020). 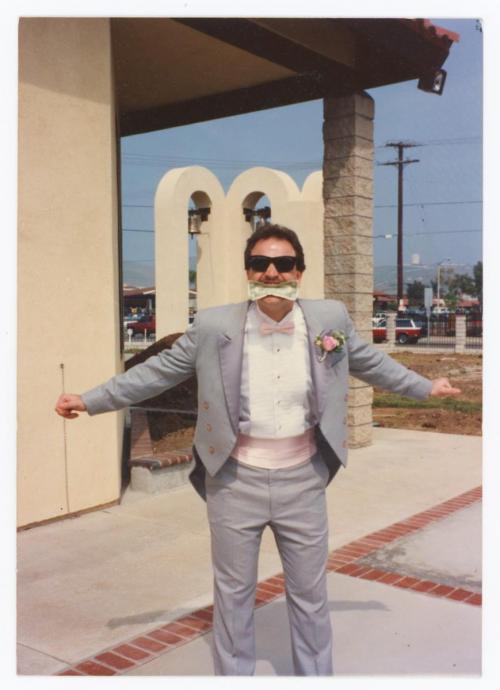 In "The Disappearing Family" Vann Powell traces their genealogy using family archives. Starting in the modern period and extending into what has come to be known as the “post-modern" period. Along the way Powell examines themes such as consumerism, gender roles and American military interpolation in young boys. Focusing on the de-centering nature of late capitalism, traditional family structures shift and crumble into newly aligned scaffolds. The family disappears into something altogether estranged from yesterdays nuclear families. 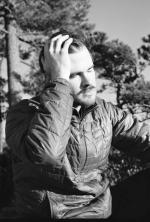 Vann Thomas Powell is a documentary artist based out of Durham, N.C. Working from a philosophical background, Vann creates images from a point of inquiry and wonder, attempting to establish some understanding of a target notion or subject. Often invoking mysticism and visual metaphor, Vann explores the notions of American identity, isolation and border; further fleshing out how these factors intersect and play out in American culture. 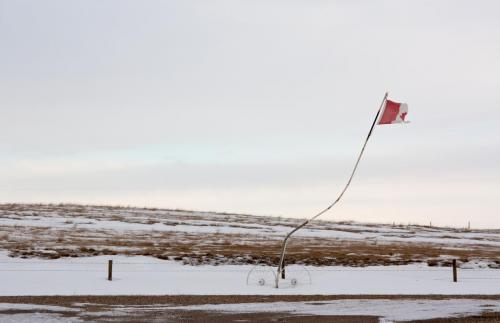 "Restitution" is a mixed media project about farmers’ relationship with colonialism in the Canadian prairies. Centering the perspectives of farmers who are working to honour the Treaty relationship, "Restitution" asks how settlers might relate to land amidst Indigenous sovereignties, in ways that make space for our respective lifeways on this territory.

Valerie Zink is a documentarian and community organizer interested in land, kinship, and colonial inheritance in the Canadian prairies. Her book Fault Lines: Life and Landscape in Saskatchewan’s Oil Economy (with Emily Eaton), is published by the University of Manitoba Press, and her photographs are part of the permanent collection of the Saskatchewan Arts Board. She grew up in the foothills of Alberta and currently lives in Regina, Saskatchewan, where she wrangles a one- and two-year-old.