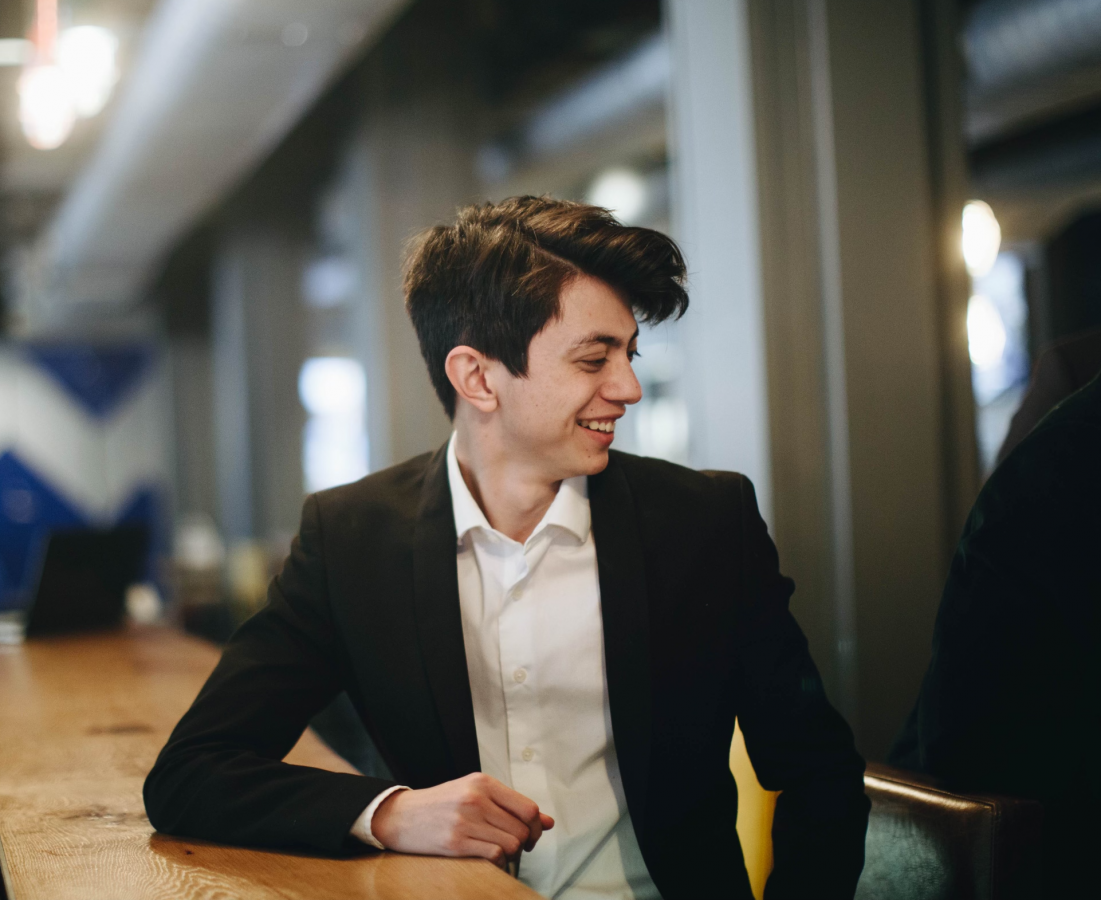 The Julia Harper Day Award was created by the Center for Documentary Studies (CDS) in 1992 in memory of the young woman who was CDS’s first staff member, a writer and photographer of real accomplishment. This $500 award goes to a graduating Duke University senior who has demonstrated excellence in documentary studies and contributed significantly to CDS programs. The 2021 Julia Harper Day Award went to CJ Cruz, a psychology and theater studies major who graduated with a Certificate in Documentary Studies.

A second-generation immigrant whose father came to the U.S. from the Philippines, CJ was born in Jacksonville, Florida, and “grew up as a Navy brat,” he wrote. CJ was initially drawn to Duke because he “didn’t quite know what I wanted to do with my life yet, and Duke seemed like the kind of place where it’s encouraged to figure it out as you go.” Throughout his time as an undergraduate, CJ’s documentary work revolved around his deep love for the performing arts. He performed with Hoof ‘n’ Horn, Duke Players, Me Too Monologues, StudioDuke, and Duke University Improv. During the 2020–2021 school year, CJ also served as Monday Monday, the Duke Chronicle’s anonymous satirical columnist, tackling housing-reform, racial-justice, Greek life, university elitism, and, in his final identity-reveal column, his own mental health.

CJ’s capstone documentary film, Yes And, recounts the twenty-plus-year history of Duke University Improv and tells the story of four amateur comedians struggling to raise money for child-cancer research during a global pandemic. Nancy Kalow, who taught CJ as a student in her Fall 2020 Capstone Seminar in Documentary Studies, wrote that “CJ’s exemplary capstone project brought humor and a sense of play into a serious story grounded in genuine emotions.” She also noted that “CJ’s formidable writing, shooting, and editing skills enhanced his improvisatory approach to storytelling.” Yes And was recognized for best editing at the Duke Independent Film Festival. CJ credits Josh Gibson’s “Producing Docu-fiction” course, professor Talya Klein’s mentorship, Duke University Improv’s generosity, and the candor of the Yes And subjects—particularly members of Scott Carter’s family—for making the final film what it is.

An improv and stand-up comedian who aspires to be a full-time “writer or actor or both” in the entertainment industry, CJ considers the throughline of the creative work he produced as a Duke undergraduate “a sort of cheeky optimistic nihilism towards the inherent absurdity of the institution of college, and of being in your twenties.” Karen Price, the Director of the Duke in Los Angeles program, wrote that CJ used his impressive comedic skills in and out of the classroom to not only document the daily adventures of his fellow classmates but to foster “a sense of camaraderie” among them. Price continued, “CJ’s talent, intellect, and kind, inclusive spirit will take him far.”