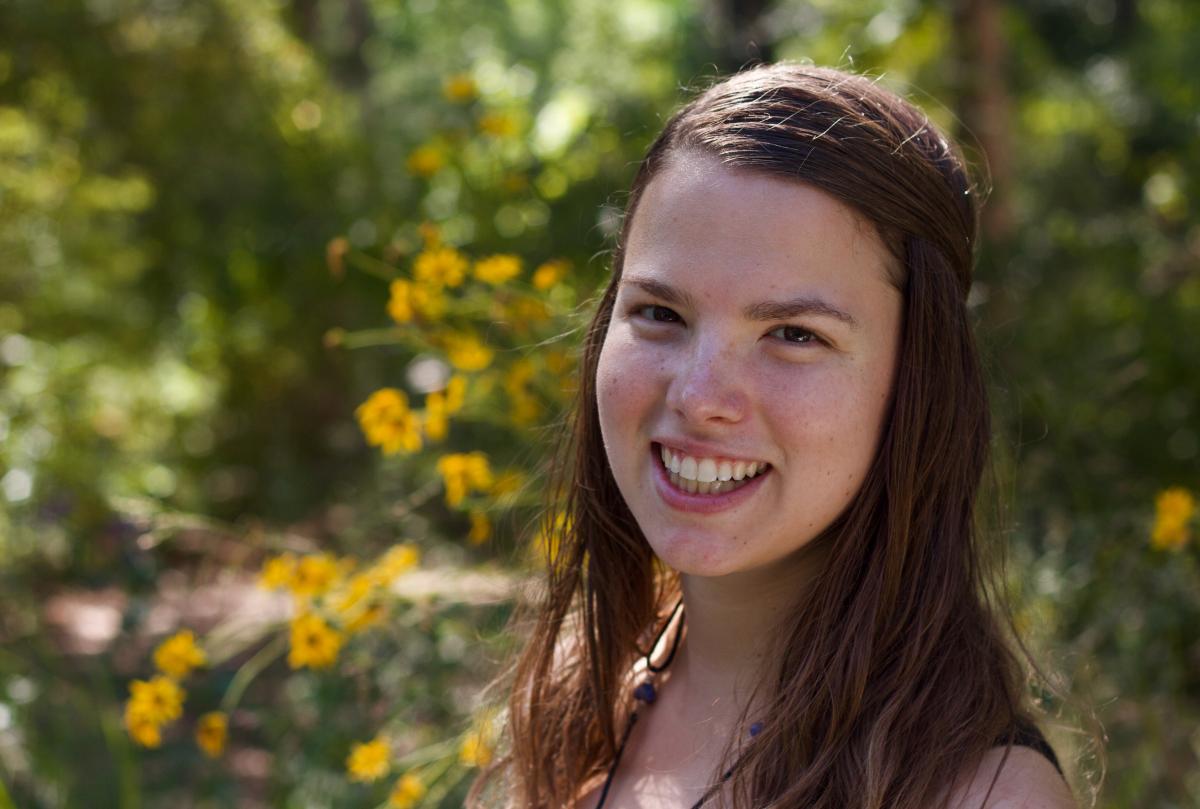 The Julia Harper Day Award was created by the Center for Documentary Studies (CDS) in 1992 in memory of the young woman who was CDS’s first staff member, a writer and photographer of real accomplishment. This $500 award goes to a graduating Duke University senior who has demonstrated excellence in documentary studies and contributed significantly to CDS programs. The 2022 Julia Harper Day Award goes to Sierra Winters, a cultural anthropology and food studies major who graduated with a Certificate in Documentary Studies.

Sierra grew up in a small town called Yadkinville in rural North Carolina. “Even though many of my classmates had never left the state, my family saved money so that we could travel,” she said. Small town values and a sense of community followed her as she visited all fifty states by age twelve and when she became an exchange student in Austria at age sixteen. While she grew up in a household that supported the Tar Heels, her wardrobe changed from Carolina Blue to Duke Blue once she learned that she had been accepted into the Robertson Scholars Leadership Program at Duke University.

Sierra’s rural upbringing and experiences abroad shaped her undergraduate documentary work, which focused on the intersection of food and culture. She enrolled in the Fall 2018 “Imagining the Future of Food” experiential learning experience organized by the Duke Immerse program, documented the history of the Duke Campus Farm as part of a summer 2021 Story+ program, wrote her senior thesis on the commercialization of Ayurveda as it relates to the food market, and completed a Bachelor of Arts degree in Food Studies at the University of North Carolina at Chapel Hill. CDS faculty member Kelly Alexander, who taught Sierra as a student in a Fall 2020 course that took a documentary approach to the world of food, wrote that Sierra was “a diligent thinker, a creative writer, and a person devoted to exploring the value of the food we need to survive.” She also noted that Sierra was “someone her peers came to admire for her insight into, and particular interest in, the ethics of the industrial food system.”

Sierra’s capstone documentary project, The Banter Book, was a curated journal of resources, musings, and activities designed to encourage readers to engage with body image in a documentary experience of their own. Body Banter, a Hong Kong-based nonprofit organization that “empowers people to find their voices in conversations about body image and mental health,” helped to produce The Banter Book and is accepting pre-orders for copies of the book this spring. CDS Director of Undergraduate Education Chris Sims noted that Sierra’s capstone project “stretched the boundaries of the documentary form and allowed readers to engage the topic of body positivity in interactive and accessible ways.”

After graduating in December 2021, Sierra moved to Mumbai, India, where she teaches yoga, works in catering, and dreams of opening a permanent café that will embody respectful and appreciative approaches to food sourcing, consumption, and redistribution. She also continues to write about food and the environment in both fiction and non-fiction styles.