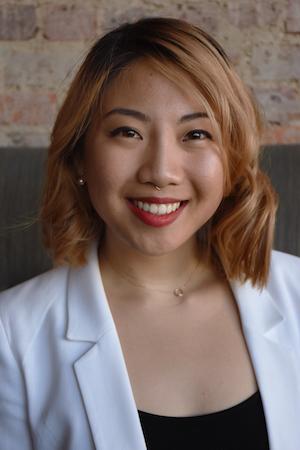 Following a nomination by the Center for Documentary Studies (CDS) at Duke University, Jeainny Kim, who graduated in May 2018 with a degree in visual arts and a Certificate in Documentary Studies from CDS, has been awarded the Louis Sudler Prize in the Creative and Performing Arts—an annual prize at fourteen major universities. The prize is awarded to the graduating senior at each university who has demonstrated the most distinguished record of excellence in performance or creation in the arts. At Duke, the $2,000 award is made by the Duke University Council for the Arts. Kim also received the Mary Duke Biddle Foundation Award presented to an outstanding graduating Duke senior in the visual arts, as determined by the Art and Art History faculty.

CDS director Wesley Hogan described Kim as among “the most daring, experimental, and original documentarians we have had come through our undergraduate education curriculum in years. What is most exciting about Jeainny is her astonishing risk taking. She’s extraordinarily brave both in terms of the intellectual subject matter she engages and in taking on challenging technical problems.”

Early on, Kim distinguished herself in two photography classes with CDS instructor MJ Sharp, including creating innovative work on a flatbed scanner. CDS then nominated her for a 2016 Summer Study in the Arts award from the Council for the Arts. With that support, Kim spent much of the summer at the School of Visual Arts in New York City and in the fall presented her work to a public audience at Duke, touching on themes of identity, sexuality, race, and familial obligations.

In 2017, in addition to receiving a John Hope Franklin Student Documentary Award from CDS, Kim produced two new groundbreaking exhibitions in the Durham and Duke communities. With two other CDS students, Kim organized and co-curated Unbound: Documentary as Art, which was on view at the Carrack Modern Art that fall. The curators put out a wide call for works that, as they described, could fit in a “radical and innovative space for artists to access a wider spectrum of reality.” The resulting exhibit of thirty pieces included paintings, sculpture, photographs, videos, works on iPads, drawings on Post-It notes, sound installations, and performances pieces. And as the inaugural winner of the professional development award for undergraduates at the Power Plant Gallery, Kim received a solo exhibition there. Thick as Thieves included images from her scanner works as well as new, related work, described by Sharp: "Jeainny had taken shrinkwrapped packages of meat, shot them with a gun (her first time firing one), and then scanned the resulting packages and contents. It was a commentary on the current political moment, and it was also art, and it was impossible to separate the two. I will be watching for Jeainny's work after she leaves us, as I feel quite sure her art will have something substantive to say about whatever political and cultural moment in which we find ourselves.”

In a May 2018 interview on the Duke Arts website, Kim talked about her post-graduation plans: “I want to continue making work, continue making installations. I have a lot of ideas I want to get going—I’m currently working on this project on West African Djembe drums. I’ll be moving to New York to continue my projects and art career.”