Opeyemi Olukemi Is New Director at the Center for Documentary Studies 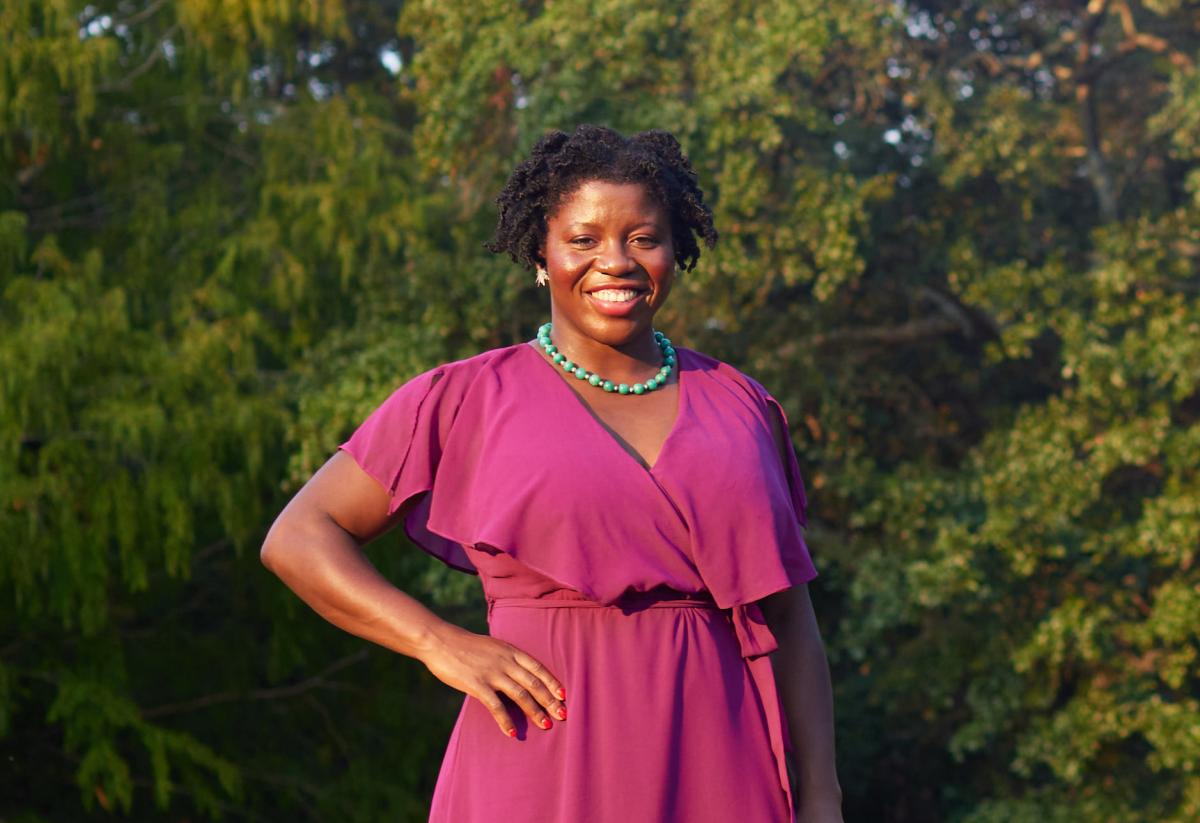 Media innovation executive Opeyemi Olukemi is the new director of the Center for Documentary Studies (CDS) at Duke University.

Olukemi, the fourth director in the center’s thirty-two-year history, began work in September. She came to Duke after stints at Tribeca Film Institute and, most recently, American Documentary | POV, where she initiated partnerships, initiatives, and projects at the intersections of technology and storytelling.

Olukemi said she was drawn both to CDS’s legacy and its potential as a transformative agent at a fraught moment in history.

“The overlapping crises facing humanity create an interesting challenge and opportunity for the arts,” Olukemi said. “The Center for Documentary Studies is uniquely positioned to lead not just in nonfiction media creation, but in determining the power of documentary and its impact on our culture, and in critiquing, challenging, and altering the systemic forces that bind us. With its immense cultural footprint, grounding in multiple artistic disciplines, and educational support from Duke University, CDS will prove the necessity of nonfiction art in an incredibly volatile time.”

“The Center for Documentary Studies bridges disciplines, cultures, and communities through its education and engagement activities,” said Provost Sally Kornbluth. “Opeyemi Olukemi has distinguished herself through her commitment to innovation and equity in the arts, and I look forward to working with her here at Duke.”

Olukemi was selected unanimously by a search committee representing the CDS Board of Directors, staff, and faculty.

“Opeyemi Olukemi brings a wealth of experience across a range of documentary forms and a deep appreciation of both its traditional and contemporary, cutting-edge modes of presentation, along with an understanding of organizations and how to lead them to innovation and excellence,” said committee leader Peter Lange, provost emeritus at Duke and chairman of the CDS board. “She is dynamic and joyful and brings those qualities to all she does.”

At Tribeca Film Institute, as senior director of its interactive division, Olukemi oversaw interactive public programs and supported media- and tech-based makers with targeted funds and innovative spaces for collaboration, experimentation, and creation.

Most recently, Olukemi worked at media arts nonprofit American Documentary as vice president of innovation and executive producer for POV Spark, the interactive arm of the organization’s independent nonfiction film series on PBS. Under her direction, POV Spark produced and funded interactive projects for public media and supported artists through creative ideation labs, production and distribution support, and collaborative initiatives. These included the African Interactive Art (AIA) residency program, created in partnership with the National Museum of African American History and Culture and the Venice Biennale, and Otherly, an Instagram-based documentary film series produced with the National Film Board of Canada featuring female, non-binary, and genderqueer creators. Olukemi executive-produced the projects Atomu and The Changing Same: An American Pilgrimage. Both premiered at Sundance, and the latter won the best immersive narrative award at the 2021 Tribeca Film Festival.

With major funding from the Lyndhurst Foundation, Duke’s Center for Documentary Studies was founded in 1989. It is dedicated to the evolving practice of the documentary arts and to supporting documentary artists, with an emphasis on their roles in contributing to society.