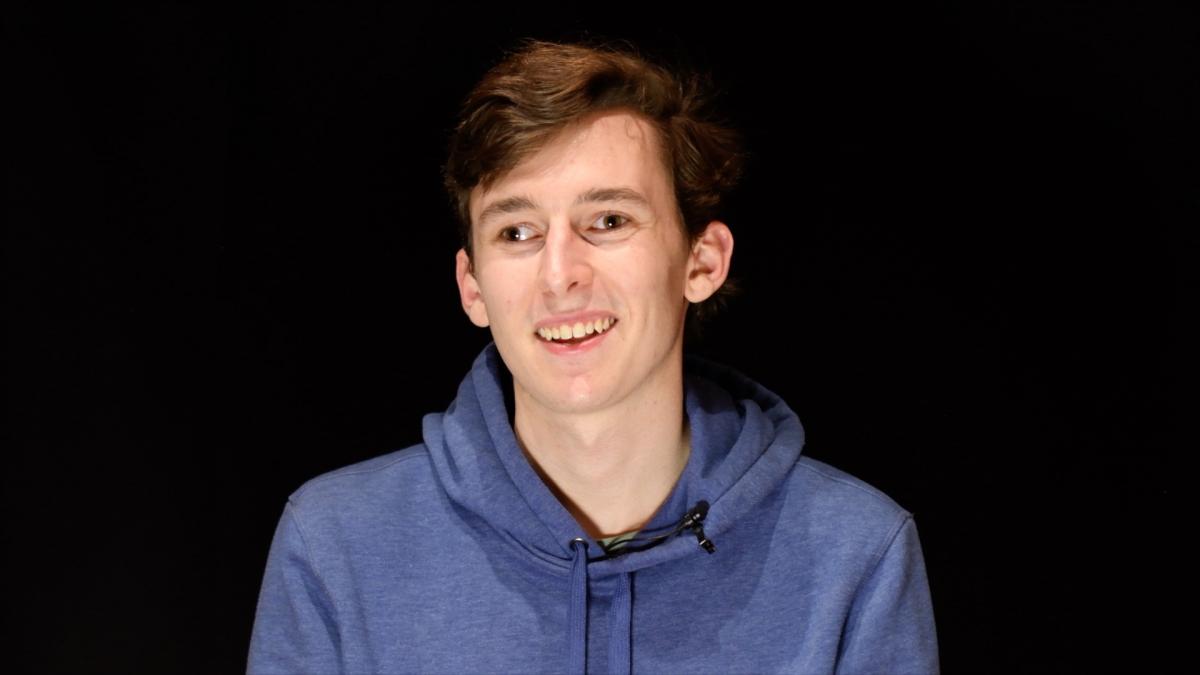 The Julia Harper Day Award was created by the Center for Documentary Studies (CDS) in 1992 in memory of the young woman who was CDS’s first staff member, a writer and photographer of real accomplishment. This $500 award goes to a graduating Duke University senior who has demonstrated excellence in documentary studies and contributed significantly to CDS programs. This year’s Julia Harper Day Award goes to Portland, Maine, native James Robinson, an environmental sciences & policy major graduating with a Certificate in Documentary Studies.

James chose to attend Duke University because of the breadth of course options and depth of experiences offered by CDS. Throughout his four years, he immersed himself in the documentary process, exploring a broad spectrum of media. His projects included a two hundred–page photobook that combined interviews, stories, and portraits of those impacted by climate change and hydropower dams on the Mekong River. During his sophomore year, he developed that work into a solo multimedia exhibition at the Power Plant Gallery, which included photography, film, and installation art. During his junior year, James created a short film and accompanying web interactive investigation and installation for Duke's Link Media Wall that highlighted the impacts of land loss on indigenous communities in Louisiana—he received the 2020 Koonz Human Rights Award for the project. As a senior, in addition to extensive writing, James created Whale Eyes, a twenty-three minute film  about his experience with the eye condition strabismus, for which he won a Robert E. Pristo Filmmaking Award. His most formative classes included a year of photography with Susie Post-Rust, multiple writing classes and independent studies with Kelly Alexander and Wesley Hogan, and classes exploring documentary ethics with Chris Sims.

Of James’s work, Wesley Hogan wrote, “James’s consistently playful and brilliant innovations within the documentary form promise that regardless of how his future path unfolds, he will dazzle and inquire, urging us toward a more just and kind world.” Kelly Alexander reflected, “I have seldom encountered a student so driven, so sure of his goals, and so committed to doggedly pursuing them as James Robinson. It has been my pleasure not only as an educator but as a fellow writer to watch James experiment with developing his voice and style on the page, on the screen, and behind the lens. His commitment to telling true stories is extraordinary."

In addition, James has worked with world-renowned conservationist Dr. Stuart Pimm, creating videos that communicate the importance of preserving biodiversity. These included the short film Saving Salma, which will make its world premiere at the 2020 EarthX Film Festival. James was awarded the 2020 AMI Student Film Award and the Wesley Hogan Documentary Award, an honor associated with the Duke Independent Film Festival, and he was a 2019 Dean’s Summer Research Fellow. He has had eleven films accepted into the Duke Independent Film Festival, was a finalist for CDS’s Documentary Essay Prize in Writing, and was the first student awarded a project residency at the Rubenstein Arts Center.