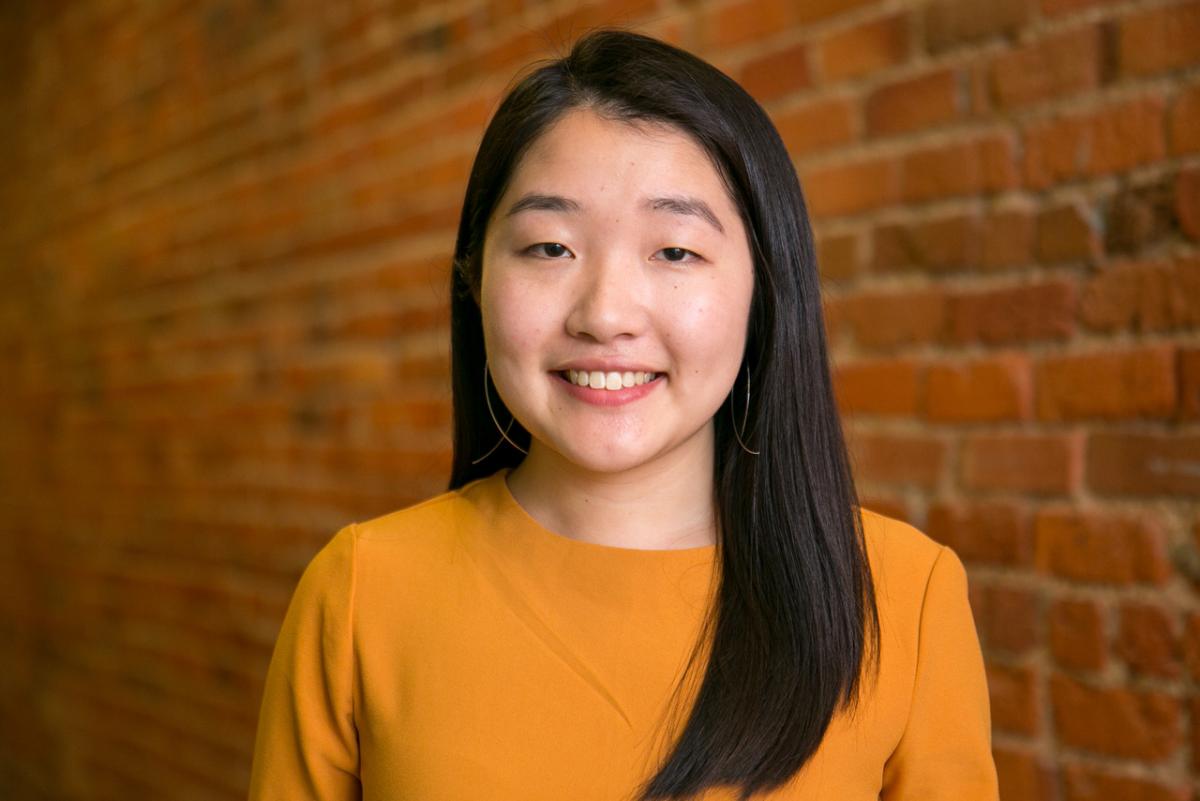 The Julia Harper Day Award was created by the Center for Documentary Studies (CDS) in 1992 in memory of the young woman who was CDS’s first staff member, a writer and photographer of real accomplishment. This $500 award goes to a graduating Duke University senior who has demonstrated excellence in documentary studies and contributed significantly to CDS programs. This year’s Julia Harper Day Award goes to Hangzhou (China), native Sini Nina Chen, a public policy major graduating with a Certificate in Documentary Studies as well as a Certificate in Policy Journalism and Media Studies.

Nina found her way to CDS during orientation week, when she participated in a field trip led by undergraduate education director Christopher Sims to the North Carolina Museum of Art. Since her first-year seminar “The Photographic Essay” with Bill Bamberger, Nina has found herself spending time at CDS on a weekly basis. She furthered her interest in photography through a number of courses, from MJ Sharp’s Introduction to Black and White Photography seminar to Alex Harris’s Color Photography class. In Kelly Alexander’s course Our Culinary Cultures, she also discovered her deep appreciation and passion for nonfiction writing. She worked on a number of grant-funded projects all four years of her undergraduate studies at Duke.

In presenting this year’s award, Sims wrote, “Nina’s artistic and scholarly work were superlative— she brought to each of her classes the highest degree of engagement and rigor. In addition, her contributions to our workplace culture at CDS were enormous. Our staff and faculty have so appreciated her tireless commitment and boundless cheer, her wonderful sense of humor, and the grace and spirit she has brought to her work with us.”

In addition to working at CDS, Nina has been an active participant in CDS speaker events and activities, and has worked to bring her peers to her home here at Duke. She completed a project on the geopolitics of Guam entitled “Island Patriots: The Guamanian Military Experience” for her documentary studies capstone course. Outside of CDS, Nina was a Baldwin Scholar, interned at American Documentary, Inc., during her semester “abroad” in New York City, co-led the Duke Independent Film Festival, conducted policy and documentary work in Rwanda through DukeEngage, and co-facilitated the Duke Authenticity Project. She was also awarded an Honorable Mention for the 2019 CDS Documentary Essay Prize for her “experimental ethnography” titled “On Eating Lotus.”