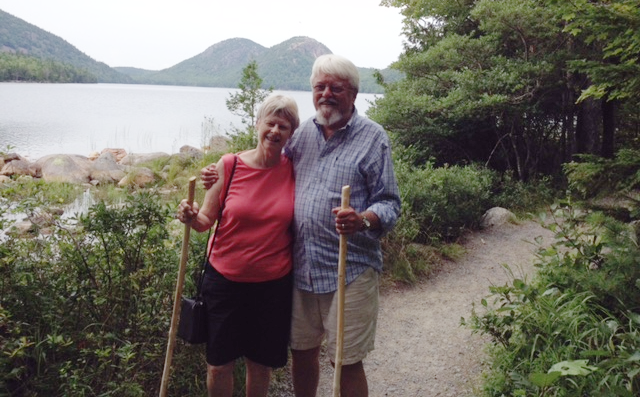 “Bill Chafe has given to Duke decade after decade through his exemplary and creative scholarship, his special gifts as a teacher and mentor, and his multiple roles as an academic leader,” said Duke University president Richard Brodhead. “His and Lorna’s magnificent gift to CDS adds to a legacy that will enrich the university forever.”

The Lorna and William Chafe Fund will support scholars and documentarians at CDS who are using oral history to address issues of social justice. Such work is central to the organizational mission envisioned more than twenty-five years ago by Chafe and fellow founders Robert Coles, Alex Harris, and Iris Tillman Hill. The Center was established to explore the full diversity of human experience through the pursuit of the documentary arts—heightening historical and cultural awareness, fostering discourse and understanding, and challenging assumptions—with an emphasis on the role of individual artists in contributing to society.

“With this gift, we seek to guarantee that scholars working on issues of social justice will be able to pursue this pivotal research in perpetuity,” the Chafes said. “By supporting people who use oral history research to bring to life the work of those who dedicate their lives to social justice, we hope to keep alive the fire, the values, and the concerns that have been at the center of our lives.

“There is no institution at Duke better suited to continuing the effort to document grassroots struggles for freedom and justice than the Center for Documentary Studies. CDS is the fitting place to carry forward for decades to come the efforts that we have made to document and sustain the struggle for human rights.”

The Center for Documentary Studies is building on the Chafe’s gift. “To honor Lorna and Bill’s lifetime of social-justice activism and to extend their generosity, CDS is now embarking on an ambitious campaign to raise additional donations to the Chafe Fund,” said CDS director Wesley Hogan.

From the time they first met at an American Baptist Youth Conference in the late 1950s, the Chafes have shared a commitment to the values of social justice. Lorna Chafe became a feminist activist and helped to start a women’s liberation consciousness-raising collective in Chapel Hill, North Carolina, where she received a master’s degree in social work from UNC. She was an animating figure of the Lollipop Power Press publishing collective, dedicated to producing children’s books that were non-sexist and that depicted families of various races and backgrounds. Her career focused on child care and early education, and she taught in primary grades and directed a Chapel Hill child care center. For over twenty years she worked at Duke, both in Human Resources helping Duke employees find high quality child care, and teaching in the Program in Education. She has remained active on women’s issues, singing with The Raging Grannies as well as working with peace groups and those dedicated to preserving and protecting the environment.

Bill Chafe took part in the civil rights movement in Boston, New York and in Montgomery, Alabama. After receiving his Ph.D. in American history from Columbia University, he began his career at Duke in 1971, and was one of the first of a new generation of scholars to write about women’s history. Along with fellow historian Larry Goodwyn, he initiated at Duke a new kind of civil rights history focused on black grassroots activism in local communities. The oral history program they created evolved into the Center for the Study of Civil Right and Race Relations, then into the Duke–UNC Center for Research on Women, with a focus on race and gender. Ultimately, these efforts led to the Center for Documentary Studies, founded in 1989. Named Alice Mary Baldwin Professor Emeritus of History in 1988, he served as chair of the History Department, Dean of the Faculty of Arts and Sciences, Dean of Trinity College, and Vice Provost for Undergraduate Education. He also served as President of the Organization of American Historians and in 2001 was elected a Fellow in the American Academy of Arts and Sciences. The author of thirteen books, Chafe’s prize-winning scholarship has focused on civil rights history, women’s history, and modern political history.