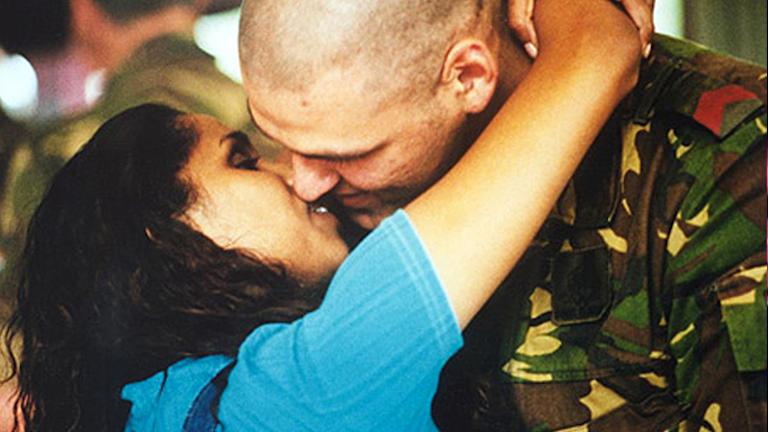 Heddy Honigmann's Crazy — a film about the haunting experiences of Dutch U.N. peacekeepers, woven together by the powerful influence music has had on their endurance, survival, and memories of war — is the winner of the first Center for Documentary Studies Filmmaker Award.

"In Crazy, Heddy Honigmann reminds us that war, however short, never ends," says Tom Rankin, CDS director. "While focusing on Dutch U.N. soldiers who viewers come to sympathetically understand, Crazy transcends its particular subject matter to resonate universally, to capture a deeper truth both artfully and with enduring power."

Crazy is filled with close-up interviews, scrapbook photographs, video clips, news footage, letters read aloud, and other recollections, as different generations of Dutch peacekeeping soldiers recount the trauma of bloodshed from Korea to more recent events in Rwanda and the former Yugoslavia. Their trusting, and often disturbing, personal revelations resound most poignantly when they talk about the single pieces of music that each found powerful enough to keep insanity at bay.

"Honigmann's purpose, her feeling for the lives of these people blasted by war experiences that they could not anticipate and clinging to the normalcy of ordinary life as they cope over the years with their memories, is profound," says Iris Tillman Hill, a member of the CDS selection panel. "Honigmann draws on the connections of music to memory, because in each case a song from ordinary life, from the past before terror, is part of the individual story. The music resides in the documentary film as a physical presence in the experiences of the peacekeeping soldiers."

"Honigmann has startling skill as a documentary filmmaker, coming into intimate contact with her subjects, whose physical and emotional presence emerges powerfully on screen. They speak to her with words and in a body language that allows the documentary interview to break out of its rigid limits," Tillman Hill adds.

Honigmann, a Dutch filmmaker who was born in Lima, Peru, in 1951, has lived in Holland since 1978. She has been making films for more than twenty years. After studying biology and literature in Lima, she left Peru for Rome to attend a film course at the Centro Sperimentale di Cinematografie. There, in 1979, she directed her first documentary, The Israel of the Bedouins. Since then she has directed more than twenty features, short films, and documentaries, including Mindshadows (1988), Metal and Melancholy (1993), Au Revoir (1995), O Amor Natural (1996), The Underground Orchestra (1997) and Prive (2000).

Honorable mention in the 2001 CDS Filmmaker Award competition ($1,000) went to Sharon Greytak for Losing It, a personal film about resilience and courage in the face of physical disabilities. Moving about in her motorized wheelchair, Greytak travels to Siberia, Italy, Brazil, Hong Kong, and New York, interviewing people who are living with disabilities and interspersing her own reflections.

"Sharon Greytak uses her own experience with physical disability to travel the world and ask how others, in a diversity of places, confront issues of identity and everyday life," Rankin says. "Revealing and visually beautiful, Losing It is a powerful documentary about the nature of individual identity in community life." 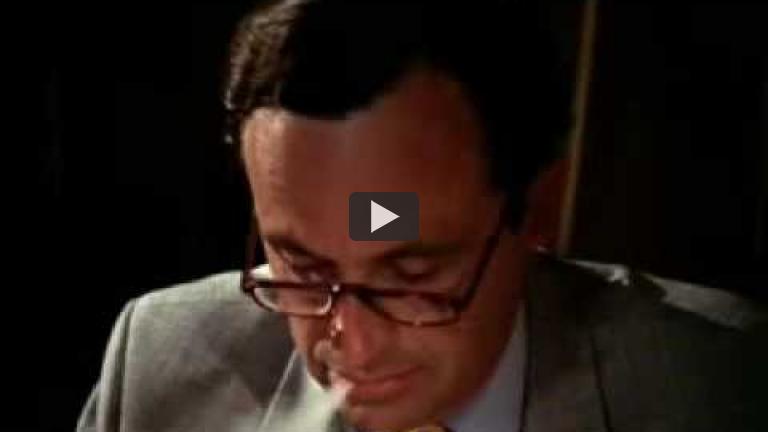