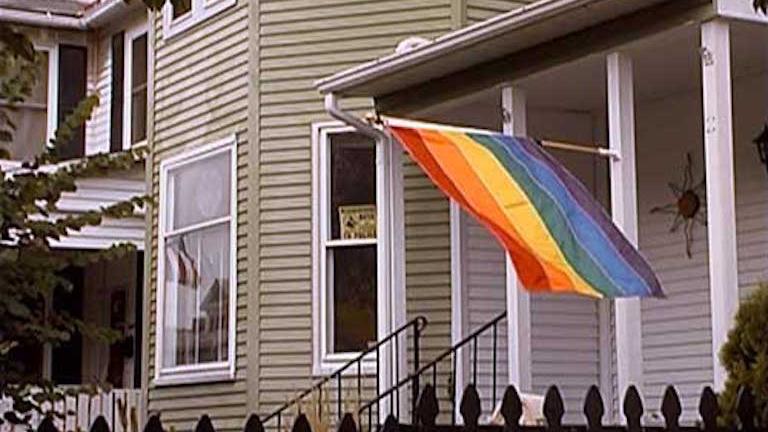 Filmmakers Linda Goode Bryant and Laura Poitras received the 2003 Center for Documentary Studies Filmmaker Award for Flag Wars, their poignant documentary on neighborhood gentrification that pits two historically oppressed groups against each other.

Shot over four years in Columbus, Ohio, the film unfolds as a narrative drama with multiple storylines. Black residents, working class or poor and often elderly, fight to hold on to their homes and their heritage. Realtors and gay home-buyers see the enormous, often rundown homes as fixer-uppers. The inevitable clashes expose prejudice and self-interest on both sides, along with the shared dream to have a home to call one’s own. Both provocative and elegiac, Flag Wars is a candid, unvarnished portrait of privilege, poverty, and local politics, representative of changes and conflicts taking place across America.

The CDS Filmmaker Award, presented at the Full Frame Documentary Film Festival in Durham, North Carolina, is now in its third year. The $5,000 annual prize recognizes documentary films that combine originality and creativity with firsthand experience in examining central issues of contemporary life and culture. In keeping with the CDS mission, the award was created to honor and support documentary artists whose works are potential catalysts for education and change. The award goes to filmmakers who best connect the power of the documentary tradition with community life, who best lead viewers to understand and reflect upon themselves and the world portrayed on film.

“One of the qualities of the lasting documentary is the ability to shine light and lend artful interpretive insight into things we all know about but don’t adequately deal with,” Tom Rankin, director of CDS, said in presenting the award. “This year’s winners do just that in the interweaving of the many stories and perspectives of gentrification and economic transformation from one particular place. Through their lyrical film we can see beyond that particular place to understand many places.

“Combining issues of class, race, sexuality, age, to name a few, Flag Wars lends us a window into another place and others’ lives, but just as importantly serves as a mirror into which we see our own participation in this nearly universal American story.”

The film, broadcast on public television as a P.O.V. season premiere in June 2003, was screened at film festivals in Los Angeles, Atlanta, New York, and Provincetown that summer.

Flag Wars has received funding and support from the Public Broadcasting Service (the Independent Television Service, P.O.V., and the National Black Programming Consortium), the Jerome Foundation, the Wexner Center for the Arts, the New York State Council on the Arts, the Ettinger Foundation, and the Ohio Arts Council.

Linda Goode Bryant is an independent producer/director currently working on The Vote, a cinema vérité documentary that follows the politics and passions triggered in a small town by the 2004 presidential primaries, as the film explores the reasons that Americans don’t vote. Her work has been shown in national and international film festivals and film programs. She is a recipient of numerous grants and fellowships, including an Artist Fellowship from the New York Foundation for the Arts and individual artist grants from the New York State Council on the Arts. Bryant was the founding director of Just Above Midtown Inc. (JAM), an interdisciplinary artists’ space in New York City.

Laura Poitras is a New York–based documentary filmmaker and visual artist. Since 1996, she has worked as a freelance editor and assistant editor for series that aired on HBO, IFC, and Bravo. She was associate producer for Free Tibet (1996), a theatrically released documentary featuring musical performances by Bjork, Rage Against the Machine, and the Beastie Boys. Poitras recently completed the twenty-minute film O' Say Can You See, a critical examination of spectatorship and nationalism in the aftermath of 9/11. 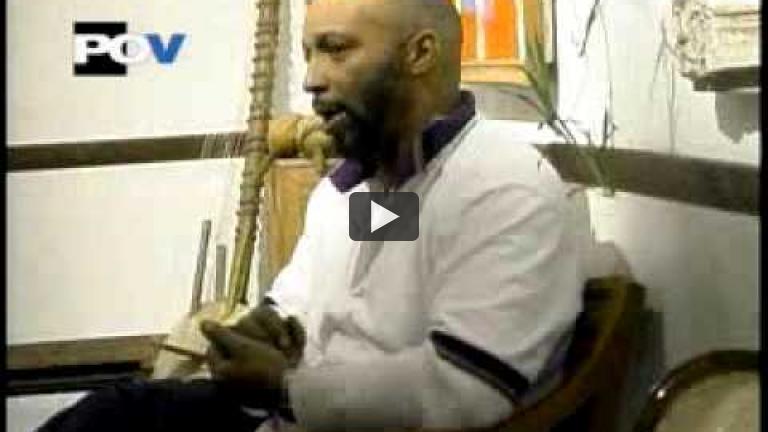