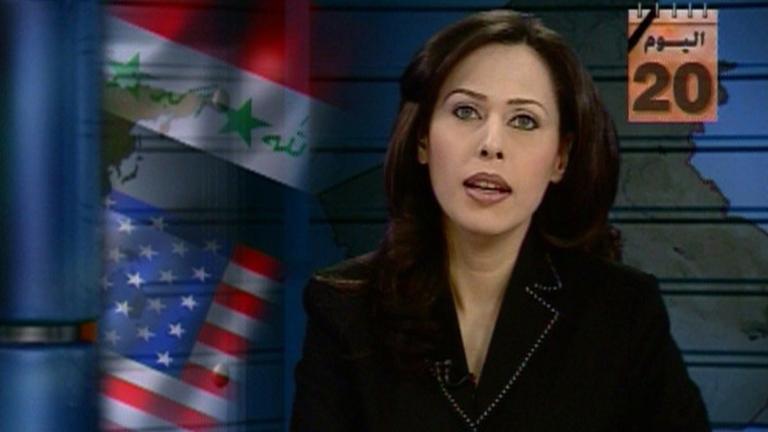 Control Room, a behind-the-scenes look at the controversial Arab news network Al-Jazeera in the early days of the U.S. invasion of Iraq last year, has received the 2004 Center for Documentary Studies Filmmaker Award. With exclusive access to Al-Jazeera, American journalists, and the players at U.S. Central Command, director Jehane Noujaim takes an insider’s journey into the business of a media-managed war. Control Room, selected from among the films in competition at the Full Frame Documentary Film Festival in Durham, North Carolina, provides a candid look at the personalities and reactions as the U.S. government’s criticism of Al-Jazeera heats up while the bombs and media images fly.

Al-Jazeera, the first commercial (not state-controlled) television network in the Arab world, was started in Qatar by former journalists of the British Broadcasting Corporation’s Arab World Service after it shut down. During the early days of the Iraqi war, the network drew American attention when it broadcast images of Iraqi casualties and American prisoners of war that were taboo in the U.S. media. As a result, some argue, the United States barred Al-Jazeera journalists from reporting on Wall Street and bombed the network’s headquarters in Baghdad.

Closely following a few individuals as the invasion proceeds, Control Room reveals the complexities of television newsmaking during times of war, when opinions and viewpoints are intensely held and information is closely managed. “I wanted to find people who were really trying to understand the other side, who were complex characters,” Noujaim said in an interview with Danny Schechter in Filmmaker Magazine. “I didn’t want to take the cheap shot at Fox News—you know, it’s very easy to do that. I thought that picking intelligent characters would be the best [approach]. You have to follow somebody you have a belief in. You have to feel that there may be something they might discover because their mind is open enough to discover it. I don’t think it’s interesting to follow characters who you know are never going to change.”

“I came away with the fact that I felt like I had to look a lot deeper into everything that I’m watching and examine all the stereotypes that I do have,” she continued. “So I would hope people would also come away from this film taking nothing for granted that they see on television.”

The CDS Filmmaker Award, a $5,000 prize now in its fourth year, recognizes documentary films that combine originality and creativity with firsthand experience in examining central issues of contemporary life and culture. In keeping with the CDS mission, the award honors and supports documentary artists whose works are potential catalysts for education and change.

Jehane Noujaim began her work as a photographer and filmmaker in Cairo, Egypt, where she grew up. In 1990 she moved to Boston, where she attended Harvard University; she graduated magna cum laude in visual arts and philosophy in 1996. That year, with a Gardiner Fellowship, Noujaim directed Mokattam, an Arabic film about an Egyptian garbage-collecting village. She then joined the MTV News and Documentary Division as a producer for the documentary series Unfiltered, a job she held until leaving to produce and direct Startup.com (2001) in association with Pennebaker Hedgedus Films. The feature-length, highly acclaimed documentary has won numerous distinguished awards, including the DGA and IDA Awards for best documentary. Noujaim has since worked in the Middle East and the United States as a director and cinematographer on various documentaries, including Born Rich (Jamie Johnson), Only the Strong Survive (Miramax Films), and Down from the Mountain (Cohen Brothers).

Control Room was directed by Jehane Noujaim and produced by Rosadel Varela (U.S.) and Hani Salama (Middle East). It premiered at the Sundance Film Festival in January 2004, won multiple honors at the Full Frame Documentary Film Festival in April, and opened in New York in May at the Film Forum, followed by a national roll-out by Magnolia Pictures. 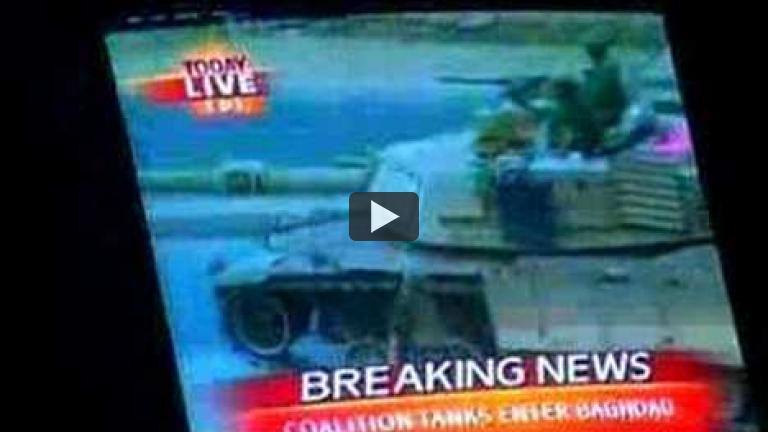