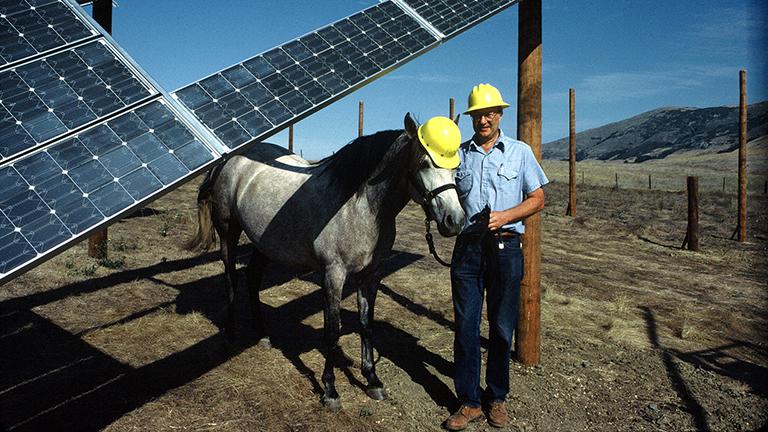 Susan Stern, a former investigative reporter and a poet, has been selected to receive the 2005 Center for Documentary Studies Filmmaker Award for her film The Self-Made Man, a family drama about her father’s quirky, creative life and the difficult end-of-life choices faced by an aging population.

On Independence Day 2001, 77-year-old Bob Stern, a “self-made” businessman and solar energy pioneer, made a fifty-minute videotape explaining his decision to take his own life rather than be treated for terminal illness. His wife and son tried to intervene, to persuade him to choose another course, but they did not succeed. Weaving clips from the videotape with interviews, family photographs, contemporary footage, and personal narrative, Susan Stern illuminates her father’s fiercely independent ways from multiple perspectives. Meanwhile, in a juxtaposed narrative, an elderly in-law is slowly declining on artificial life support in a hospital across the country.

The Self-Made Man confronts the complex philosophical and psychological issues—the intensely personal dilemmas surrounding end-of-life decisions—that frame the right-to-die debate and that underlie the intimate choices faced in many ways by all of us in the final hours.

Produced in association with ITVS and KQED Public Television, with funding from the Corporation for Public Broadcasting, The Self-Made Man aired on PBS’s POV on July 26, 2005 (though local listings vary, so check for other dates and times).

The CDS Filmmaker Award recognizes documentary films that combine originality and creativity with firsthand experience in examining central issues of contemporary life and culture. In keeping with the mission of the Center for Documentary Studies, the award was created to honor and support documentary artists whose works are potential catalysts for education and change.

The winner of the CDS Filmmaker Award is selected from among the films in competition at the Full Frame Documentary Film Festival held each spring in Durham, North Carolina.

A journalist for more than twenty years, Susan Stern published her award-winning investigative pieces in the Boston Globe, Sacramento Bee, San Francisco Examiner, and Oakland Tribune. Stern has also written and produced news for KPIX TV, a CBS affiliate in San Francisco. She is married to Spain, the underground cartoonist and artist. Their daughter, Nora, inspired Stern’s first documentary, Barbie Nation: An Unauthorized Tour, which won the Golden Spire award at the San Francisco International Film Festival, aired on PBS as part of the POV series, and is widely used in college courses on American culture and sexuality.

In Hardwood Hubert Davis, son of former Harlem Globetrotter Mel Davis, combines interviews, archival footage, and home movies in a candid film about his father’s complicated life story. Now a coach for young basketball players in Vancouver, Mel talks about his first love, basketball, and his life growing up as the son of a single mother in the inner city of Chicago. He recalls falling in love with Hubert’s mother, a white woman, at a time when racism made it difficult for them to marry, his subsequent marriage to a black woman, and the birth of their son, Hubert’s half-brother. Both women in Mel’s life speak movingly about love and betrayal, and both sons speak of the pain of their absent father and its effect on their mothers. In the film’s three sections—“love,” “recollection,” and “redemption”—Hubert Davis delves into his father’s past in the hope of finding a new direction for his own life.

Davis studied film and communications at McGill University and creative writing at the University of British Columbia. He worked as an assistant editor on Bollywood/Hollywood and The Republic of Love and has edited more than thirty commercials and music videos. The Oscar-nominated Hardwood is his directorial debut. 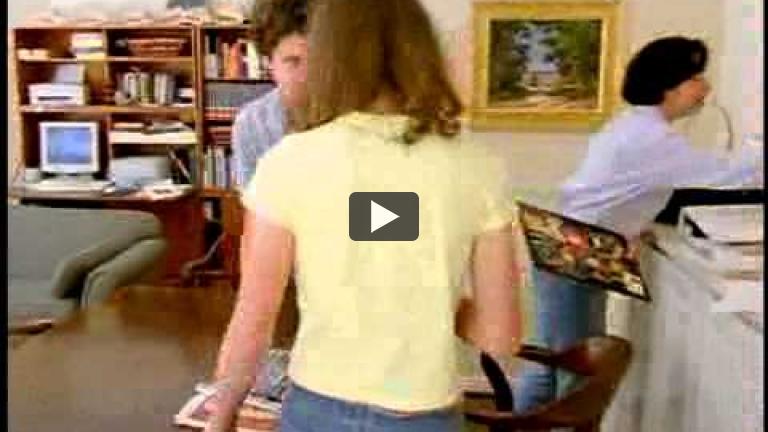