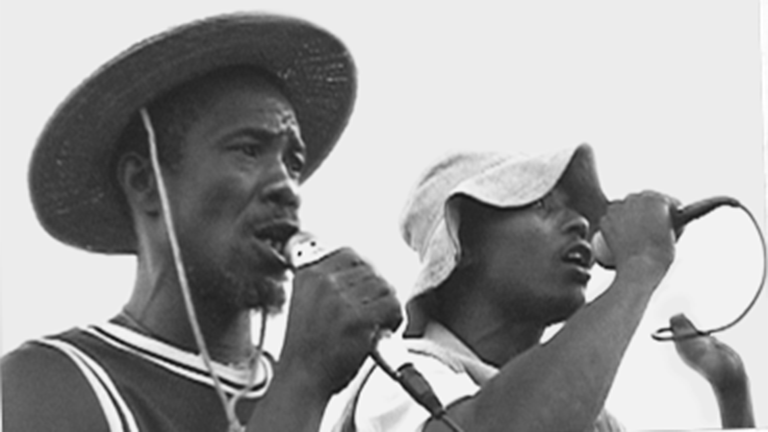 California-based filmmakers Zach Niles and Banker White were chosen to receive the 2006 CDS Filmmaker Award for their feature-length documentary The Refugee All Stars, the story of six Sierra Leonean musicians who form a band while living as refugees in the Republic of Guinea. Filmed in a climate of fear pervading the West African refugee camps on the Guinea–Sierra Leone border, the documentary—a tribute to the transcendent power of music—provides a unique and intimate perspective on war and conflict in the developing world.

Forced from their homes by a brutal, decade-long (1991–2002) civil war in Sierra Leone, the members of the band are diverse in character, from a roguish rhythm guitar player in his fifties to an orphaned teenage rapper, yet they have a bond born through a collective history of war, loss, and displacement. Through intimate interviews, the musicians reveal themselves to be riveting interpreters of their own history. We meet them in Sembakounya Refugee Camp set deep in the remote Guinean countryside.

Following the group over the course of three years, the film tracks the band’s travels among Guinean refugee camps and back to war-ravaged Freetown as part of the UNHCR’s (the U.N. Refugee Agency’s) “go-and-see” program. The members of the band struggle with deciding whether to stay in the relative safety of the refugee camps or face their fears by returning to their homes in Sierra Leone, where one band member eventually finds a daughter he has not seen for years. And though the mood is triumphant as the All Stars realize their dream of recording in a professional music studio, there remains a collective distrust of the tenuous peace in their country.

The band’s music—a soulful mix of traditional West African music, reggae, and classic R&B—infuses the film with message-oriented songs decrying the insanities of war, calling for social justice, and wryly commenting on the corruption that surrounds the victims of turmoil. Through the uplifting music and emotional stories of these six characters, we begin to understand the realities of a war in ways so often dismissed by the mass media. The film celebrates the human spirit as we are witness to the incredible ability of individuals to sustain hope and create art in a landscape dominated by rage and loss.

Statement from the Filmmakers

This project started with our desire to tell a story that celebrated what is beautiful about Africa. Newspapers and twenty-four-hour television coverage seem to tell so many awful stories from that part of the world. We wanted to show a side of Africa that balanced our understanding of the place and of the people. We knew we could not look away from these modern tragedies, so instead we moved toward the idea of giving a voice to individuals who had been affected. We remember talking about how difficult it is to feel compassion when tragedy is seen from a distance, and we began looking for our story. The refugee crisis that existed in West Africa was compelling because of the incredible size and cross-section of the population that was affected.

It was an amazing feeling when we met the Refugee All Stars Band during our first production trip in Guinea, because we knew we had found our guys. Even amidst unimaginable hardships we knew their story would not only be a celebration of what is beautiful about Africa, but what is beautiful about the human spirit—the will to overcome adversity, the ability to forgive—and when you’ve found hope, the desire to share it with others.

From the beginning, we would joke that Reuben (the band’s leader) knew what we were doing there more than we did. Reuben would also joke with us that they had been writing and practicing all along and were just waiting for us to arrive. We really believe he was writing songs for the world to hear. The band immediately recognized the making of this film as an opportunity for their stories and music to be heard abroad. It has been a life-changing experience to see people who have lost loved ones, been separated from their families, suffered torture and mutilation, lived in encampments and stood in line for their food and medical supplies, to see these people who have every reason in the world to give up on life continue living and doing what it is that they love. The band has expressed to us also that it has been empowering to present themselves to the world in the way that they wish to be seen—not as helpless victims but as intelligent, hard-working, and ambitious people who refuse to accept the injustices around them. We became very good friends with the band over the last three years and believe that closeness has enabled us to create a film that establishes a heart connection with people whose circumstances and culture might otherwise easily let them be dismissed as different from us.

We are so grateful to all the members of the band and to their families for being so open with us, and for having the bravery to share openly some of the painful details of their lives with us and with the world. We see them as spokesmen not only for Sierra Leone’s refugees, but for underprivileged and forgotten peoples worldwide. We feel lucky to have met the Refugee All Stars and cherish all that they have taught us. We look forward to sharing their story with the world.

Zach Niles, director/producer/writer, is associate producer for the eight-part television series “Live at the Fillmore,” which documented a “day-in-the-life” of a rock band in preparation for a concert at the legendary Fillmore Auditorium in San Francisco. The documentary-style series aired on UPN Television Network in sixteen markets across the United States. Niles has lived and worked in South Africa and Cameroon and has had a longstanding personal and professional interest in the music and culture of Africa.

Banker White, director/producer/writer, is a multidisciplinary artist who received his MFA from the California College of Arts and Crafts. He has been a writer/director for many short films, and his artwork and films have been shown and celebrated in the San Francisco area for the past six years. An accomplished musician, he has lived and worked in Ghana, where in 1994–96 he helped to start the Kokrobitey Institute, a learning center established to encourage discovery of the cultural and intellectual richness of Africa. 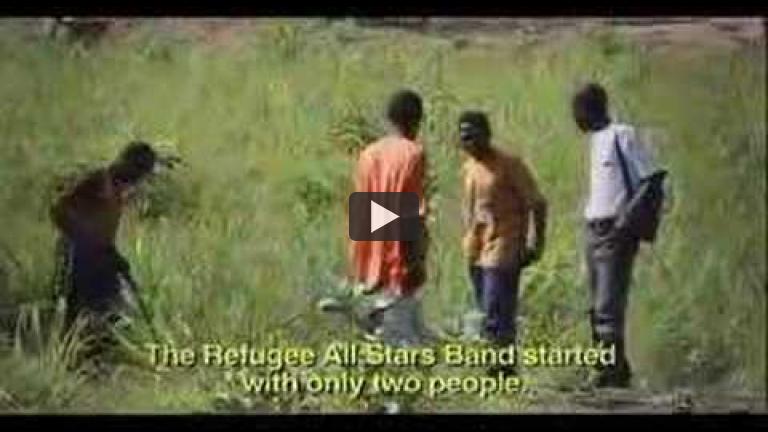