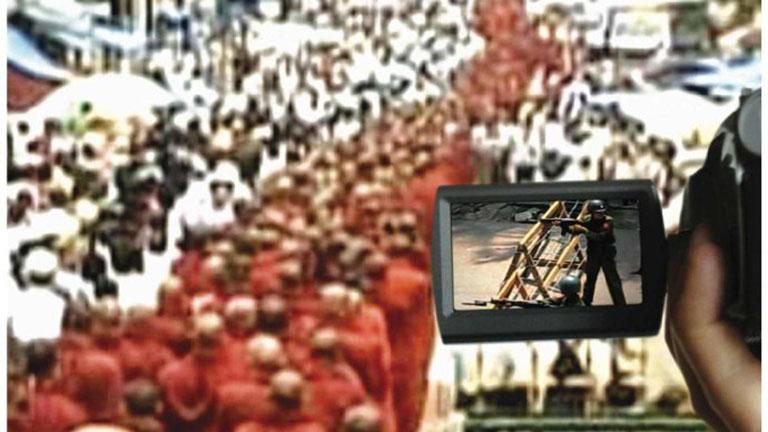 Burma VJ: Reporting from a Closed Country, directed and cowritten by Anders Østergaard, is the winner of the 2008 CDS Filmmaker Award, presented at the Full Frame Documentary Film Festival in Durham, North Carolina. The ninth film to win the annual award, Burma VJ is a provocative and riveting documentary that recounts the story of tenacious group of independent video journalists who risk their lives to ensure that footage and reports of the country’s 2007 political uprising are broadcast to the world.

In September 2007, when more than 100,000 people, led by Buddhist monks, marched peacefully against the military junta that has controlled Burma for forty years, its leaders moved to suppress the protestors and the monks, as well as journalists. Internet service was shut down and foreign news crews were suddenly banned, leaving undercover journalists armed only with handy cams to capture events as they unfolded. Burma VJ follows the efforts of Joshua, the twenty-seven-year-old leader of the Democratic Voice of Burma, as he and a handful of undercover journalists work around the clock to counter the propaganda of the military regime. Via clandestine phone calls, Joshua coordinates the movements of the journalists, who smuggle their footage across the border into Thailand. Joshua then ships the footage to Norway, where it is broadcast back to Burma and the world via satellite.

Østergaard collages the often shaky, hand-held footage together with a few recreated scenes (for the sake of continuity) to create a gripping narrative. As A.O. Scott writes in a New York Times review, “Burma VJ is a rich, thought-provoking film not only because of the story it tells, which is by turns inspiring and devastatingly sad, but also because of the perspective it offers on the role that new communications technologies can play in political change. The viral videos of the Democratic Voice of Burma are like the hidden printing presses of earlier underground revolutionary movements, except that the portability of the cameras and the ease of Web and satellite-based distribution make them harder to suppress."

Danish director Anders Østergaard’s first documentary, Johannesburg Revisited, was based on the feature film A World of Strangers (1962) by Henning Carlsen. He also wrote and directed The Magus, a portrait of Swedish pianist Jan Johansson, which was awarded Best Documentary at the Odense Film Festival in 1999. His other credits include A Burning Issue (2000); Malaria! (2001); a documentary series, Brothers in Spirit (2002); Gasolin (2006); and Tintin and I (2006). Burma VJ was also awarded the Grand Jury Prize at the Full Frame Documentary Film Festival, the World Cinema Documentary Editing Award at the Sundance Film Festival, and the International Human Rights Film Award at the Berlin Film Festival. 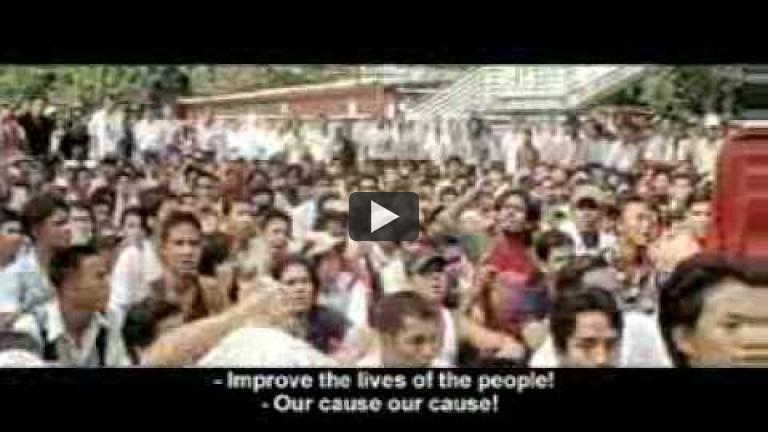