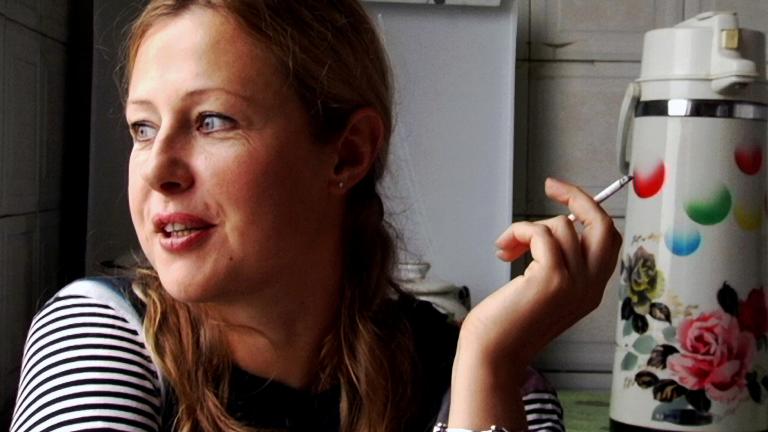 My Perestroika, directed and produced by Robin Hessman, is the winner of the 2010 CDS Filmmaker Award, presented in April at the Full Frame Documentary Film Festival in Durham, North Carolina. The tenth film to win the annual award, My Perestroika is an intimate and beautifully crafted film that follows five ordinary Russians (and former schoolmates) from their sheltered Soviet childhoods through the collapse of the Soviet Union during their teen years and into the constantly shifting political landscape of post-Soviet Russia.

Without “talking head” historians, expert witnesses, or an omniscient narrator telling viewers how to interpret events, Hessman lets Borya and Lubya, married history teachers; Andrei, an entrepreneur and storeowner; Olga, a single, working mother; and Ruslan, a busker and former famous punk-rocker—part of the last generation of Soviet children brought up behind the Iron Curtain—share their stories. Hessman then interweaves her interviews and scenes from their contemporary lives with rare home movie footage from the 1970s and ’80s in the USSR, along with official Soviet propaganda films that surrounded the main characters as children. Their memories and opinions sometimes complement each other, sometimes contradict each other, but together their reflections paint a complex picture of challenges, dreams, and disillusionment during extraordinary times.

My Perestroika, a co-production of Red Square Productions, Bungalow Town Productions, and ITVS International, will be broadcast on PBS on the independent series POV in its 2011 season.

I began to think about this film ten years ago. After I finished film school, I spent several more years living in Moscow producing the Russian Sesame Street. By the time I returned to live in the States in late 1999, I had spent most of the decade—all of my early adult years—living in Russia. Back in the U.S., the questions I was asked made me realize that despite the end of the Cold War so many years earlier, there was still a wall when it came to information and understanding about what life was like in the former USSR. Stereotypes and misconceptions prevailed. I decided to make a film about my generation of Russians—the generation that I joined, in a sense, when I went to live there for the first time at age eighteen. They had normal Soviet childhoods behind the Iron Curtain, never dreaming that anything would ever be different in their society. Just coming of age when Gorbachev appeared, they were figuring out their own identities as the very foundations of their society were being questioned for the first time. And then they graduated just as the USSR collapsed and they had to figure out a completely new life as young adults, with no models to follow. Although I didn’t grow up there and have no Russian family history, I shared their journey through the 1990s, adjusting to the evolving post–Soviet Russia along with everyone else. It put me in a wonderful position to tell their story, as I am both insider and outsider.

I knew from the beginning that I wanted to film several people who had been childhood classmates and grown up together. In Russia, a class of about twenty people stays together from first grade through the end of high school, so they really know each other well and have an entire shared history. On the other hand, I thought perhaps their lives would have taken incredibly different directions, or that they might remember contradicting stories from the past. It seemed a good framework in which to ground such an abstract idea of a “generation” that has gone through these enormous changes. I figured that once I found a person as the anchor of the film, I’d meet his or her classmates from there. I interviewed dozens of people during my first trip back to Moscow, and I also spent time in archives and searching for 8mm home movies. (Home movies were an integral part of my vision for the film from the very beginning, as a privileged and personal view into everyday life of the past—with no agenda other than preserving memories.) I also began thinking about Russia’s “unpredictable past,” so at one point realized that it would be fascinating to hear the perspective of history teachers in their thirties. They were taught one version of the past as children and today were teaching a completely different interpretation of those same events to their own students (who were all born after the collapse of the USSR, and are living in a completely different world). I began speaking with dozens of history teachers and eventually was lucky enough to meet Borya and Lyuba, a married couple who both teach history in the same Moscow grade school. Through them I met Olga, Andrei, and Ruslan. I expected the home movies I had would be of the era, but I never dreamed I’d be lucky enough to have home movies of them as children. (Cameras were relatively rare.) It was a wonderful gift to find out that Borya’s father had constantly filmed not only his son, but also the entire class. 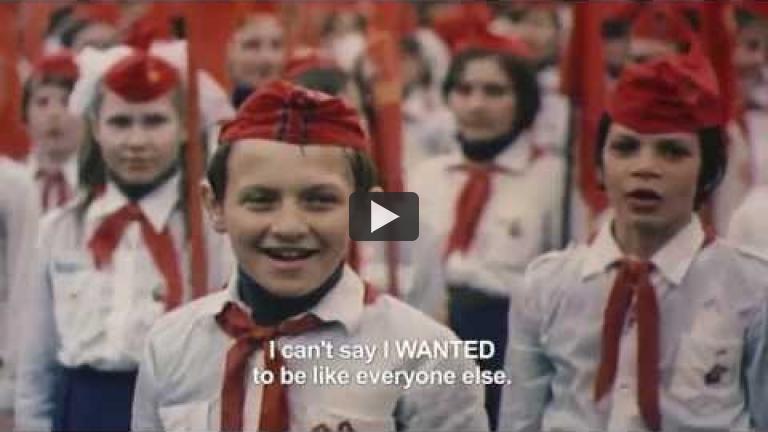