Jim Dow’s America is a land we both know and don't know. His photographs show a country always reinventing itself, discarding and preserving elements of its past, almost as though by accident. These places, often built by ordinary Americans for the most ordinary of purposes, share inventiveness with commonality, resilience with restlessness, and grace with roughness. Dow sees a landscape shaped by human life. His photographs take us ever closer to the human instinct to make and leave a mark. Beginning with photographs Jim Dow made in the late 1960s, this retrospective book covers almost forty years, ending with pictures made at the end of the first decade of the twenty-first century.

“What I love about Jim Dow’s pictures is that they’re not kidding. . . . In wordless ways America continually describes its vision to us, dropping broad hints about what its citizens are expected to be. With these photographs Dow catches the hints latent in dozens of American settings. . . . And when I say his pictures aren’t kidding, I mean they avoid the danger that exists in recording such hints and signs . . . no superiority, no wry chuckles from a more refined altitude. Aspects of his photographs are funny, maybe even hilarious, but that’s only noted in passing. He’s more interested in what the American vision is, or was, and in the scary open-endedness of our identity.”
—Ian Frazier, from the introduction

“‘Some objects are more alive than most humans,’ the Czech filmmaker Jan Švankmajer once told me. He was looking at a 300-year-old cabinet when he said it, but he could have been looking at Jim Dow’s new book American Studies, a work of the greatest love, patience, and mastery. It is a rich and vivid inventory of American individuality and of the human imagination at work. The fierce affection Jim Dow evokes for time and place awakens in us the realization that we have perhaps loved this wild world and its wonders less than we should. In these photographs, objects and places, some of them now past, are intensely alive.”
—Emmet Gowin, photographer and professor emeritus, Princeton University 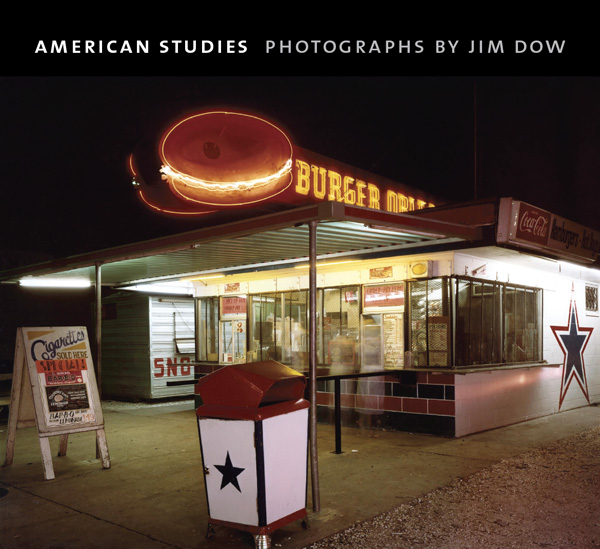