In 1955, having just ended his high-profile but stormy career with Life magazine by resigning, W. Eugene Smith was commissioned to spend three weeks in Pittsburgh and produce one hundred photographs for noted journalist and author Stefan Lorant's book commemorating the city's bicentennial. Smith stayed a year, compiling nearly seventeen thousand photographs for what would be the most ambitious photographic essay of his life. But only a fragment of the work was ever seen, despite Smith's lifelong conviction that it was his greatest set of photographs. Now, in an astonishing, first-time assemblage of the core images Smith asserted were the "synthesis of the whole," we see a portrayal not only of Pittsburgh but also of mid-century, postwar America.

"I think that Gene Smith was the last American photographer who believed that his work was the message, and he was the messenger to tell you that it is true and that it will survive."
—Robert Frank

“[Dream Street] is Smith’s attempt to record the paradoxes of city life in America—the clutch of industry, the dogged persistence of both community and loneliness, the forces of love, hate, growth and decay. Not even the venerated master of photojournalists could quite pull this off, but Smith’s obsessiveness was harnessed to an enormous talent, and he wasn’t far from the mark when he wrote that this work would ‘create history.’”
—Vicki Goldberg, The New York Times 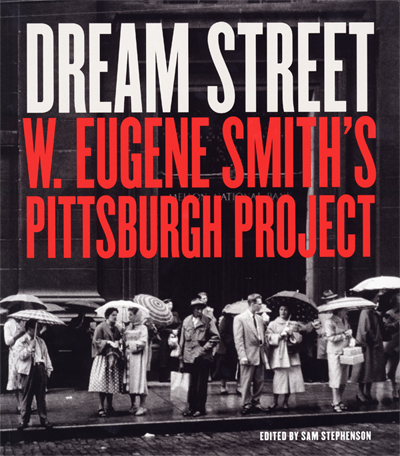