In these haunting images, we see a world in which everyone becomes a combatant and every place a war zone. Yet amid the brutality and death there is a harsh beauty people grieve and move on; women wash clothes and nurse infants under the eyes of soldiers; children with hopeful faces forage the dumpsites for food. Larry Towell, a photographer with Magnum, first traveled to El Salvador in 1986 as a member of a human rights delegation. Since the beginning of the civil war in 1979, 50,000 people had been killed and 25 percent of the population were refugees, and death squads terrorized the nation. The war ended in the early 1990s, and Towell thoroughly documented both the war and its aftermath. Larry Towell's photographs of El Salvador, at once powerful and compassionate, reveal a country of violence and heartbreak as well as strength and dignity.

Recipient of the Roloff Beny Photography Book Award, the Golden Light Award from the Maine Photographic Workshops, and an award from Pictures of the Year International for Best Use of Photography in a Book

“Towell’s photographs cover almost a full decade of tumultuous Salvadoran history. They shock with their purity, slapping us to attention. Some—boxes of newborn babies, sad women with photo albums opened wide to reveal murdered and mutilated loved ones—could be called surreal, were they not so real. They dredge up uneasy memories; after all, they record America’s as much as El Salvador’s history. A horribly beautiful book that should be seen and contemplated.”
—Booklist 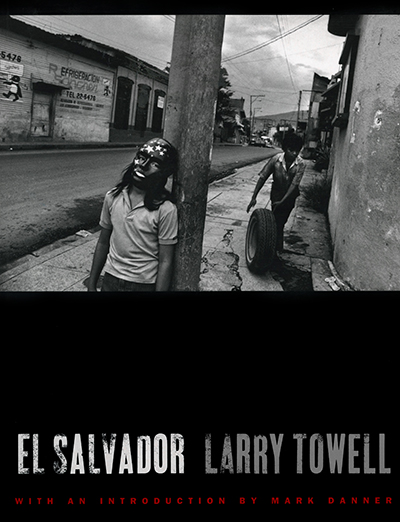