The Historian's Eye: Photography, History, and the American Present

Between 2009 and 2013, as the nation contemplated the historic election of Barack Obama and endured the effects of the Great Recession, Matthew Frye Jacobson set out with a camera to explore and document what was discernible to the "historian's eye" during this tumultuous period. Having collected several thousand images, Jacobson began to reflect on their raw, informal immediacy alongside the recognition that they comprised an archive of a moment with unquestionable historical significance. This book presents more than 100 images alongside Jacobson's recollections of their moments of creation and his understanding of how they link past, present, and future.

The images reveal diverse expressions of civic engagement that are emblematic of the aspirations, expectations, promises, and failures of this period in American history. Myriad closed businesses and abandoned storefronts stand as public monuments to widespread distress; omnipresent, expectant Obama iconography articulates a wish for new national narratives; flamboyant street theater and wry signage bespeak a common impulse to talk back to power. Framed by an introductory essay, these images reflect the sober grace of a time that seems perilous, but in which “hope” has not ceased to hold meaning.

“Channeling the zeal of WPA writers and artists who were sent out to document American lives during the Great Depression, Jacobson's remarkable national tour serves up a bittersweet aftertaste of the Obama years--when a wave of toxic white blacklash washed up against the popular joy over his presidency.”—Andrew Ross, author of Creditocracy and the Case for Debt Refusal

“By turns erudite and irreverent, observant and moving, The Historian's Eye brings a scholar's sensibility to the tradition of first-person reportage. I cannot overstate my admiration for this illuminating and accomplished book.”—Franny Nudelman, author of John Brown’s Body: Slavery, Violence, and the Culture of War 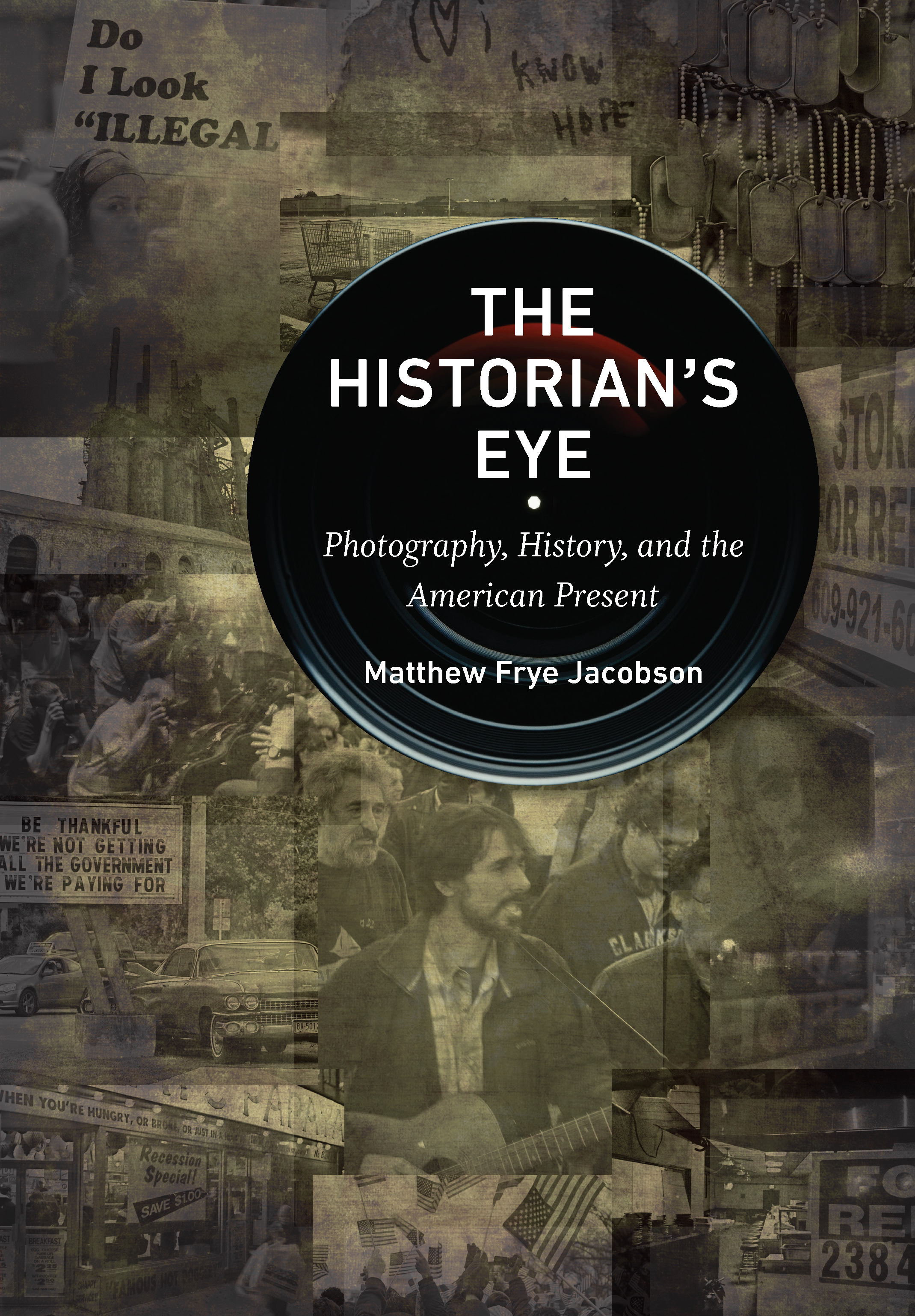