The Idea of Cuba

Like his mentor, Walker Evans, who photographed Cuba in 1933 at a pivotal political moment, Harris arrived in Cuba with his camera at a crossroads in Cuban history. Well known for over thirty-five years of photographic work in the Hispanic Southwest, Alaska, and the American South, Harris made three trips to Cuba to photograph a nation coming to grips with the economic and social devastation that followed the collapse of the socialist bloc in 1989, a nation beginning to imagine a future without Fidel Castro.

On each trip to Cuba, Harris used a different approach to peer deeper into the fabric of Cuban society. In the foreground of Harris's photographs and text are some of the archetypes of contemporary Cuban life: the indomitable 1950s American car, the beautiful young woman, and the revered revolutionary hero. Yet Harris recasts these symbols. We don't look at the car, but through it to consider the tangled relationship between Cuba and the United States.

“Cuba is very much an idea, much more than a reality; it is an idea that no Cuban takes for granted, but nurtures, cultivates, defends, possesses, celebrates. This book both documents and brings to life Cubans’ experiences of being part of Cuba. . . . Thus the idea of Cuba emerges slowly, deliberately, bit by bit. The images in this book are seductive and powerful, and the voice that conveys its stories both vulnerable and compelling, much like Cuba itself.”
—Lillian Guerra, from her essay

“There is a resonance between these depictions of women and Harris’s portraits of jineteras, between the artful stone angels and the factory-produced busts, between the architecture of Havana in the car photos and the public art of the statues. Harris’s portraits of real women appear subtly defiant, beckoning, or composed, often gazing back at the camera as unapologetically as the camera gazes at them, while the women in the statues are frozen in iconic modes, in victory, in repose, in motherhood, in celebration. Is the author following a tradition or departing from it?”
—Kael Alford, David Rockefeller Center for Latin American Studies at Harvard University 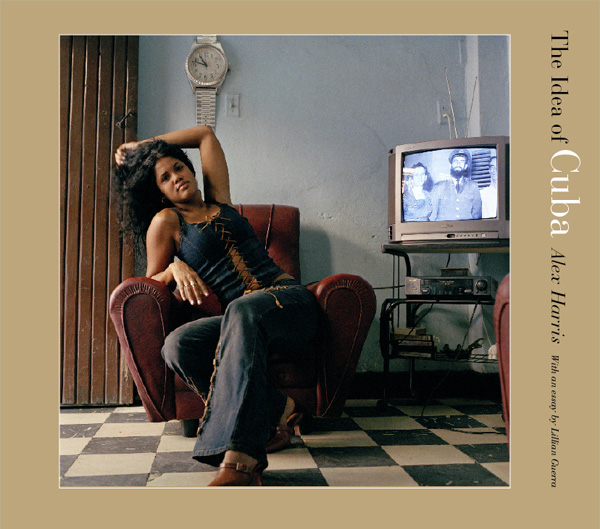