Greg MacGregor followed the rivers west and like Lewis and Clark, he found a country “transformed by generations of human habitation.” In photographs that range from remarkable views to unsettling images of decay, from gently humorous to deeply elegiac, MacGregor’s eye never strays from its search for ways to see and understand the American landscape and the people who shaped it.

Like others drawn to the story of the expedition, MacGregor found inspiration in the writings of Lewis and Clark. Their journals provided him with another lens through which to look, the lens of history. The book includes many delightful and revealing extracts from the journals. These historical texts take us back to the time of Lewis and Clark while they illuminate the world represented in MacGregor’s contemporary black-and-white photographs.

“Two centuries after Lewis and Clark the signs of change are everywhere across the wide Missouri. And they are everywhere in Greg MacGregor's photographs. Rather than artfully screening out dams, power lines, and amusement parks, his images challenge us to confront our romantic notions about the West.”
—James P. Ronda, from his introduction

“For those citizens who are tired of sentimentality, but who also refuse to give up hope in America, this book will be a source of new conviction. MacGregor is a various times awestruck, appalled, and deeply affectionate—an explorer as tough in his way as any in the Corps of Discovery.”
—Robert Adams

“I read every word in a single sitting. Yes, it is that interesting! MacGregor's own words and images vividly document the changes in the American West during the past two hundred years. They generate feelings of loss and regret, but they also celebrate a pioneering adventure full of courage and hope. I loved it.”
—Bill Jay

“Greg MacGregor . . . has tackled a difficult subject and created a beautiful and poignant social landscape in photographs that link the past with the present and bring history to alive, creating a record for the future.”
—Ken Light 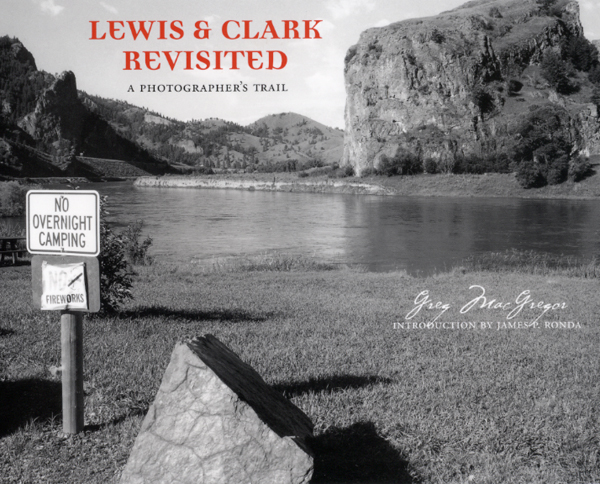