A New Life: Stories and Photographs from the Suburban South

A New Life combines the best contemporary writers of southern fiction with eye-opening new work from outstanding southern photographers to make a rich and complex portrait of the suburban South. These short stories and surprising images portray the South not as we might imagine or remember it, but as it is lived—in condos and malls, on golf courses and interstates, in family rooms and bedrooms, and in the hearts and minds of southern people.

There are eleven stories, by Richard Bausch, Bobbie Ann Mason, Julius Lester, Lee Smith, and Robert Olen Butler, among others, and eleven photographic essays, including work by Mitch Epstein, William Griener, Nic Nicosia, Margaret Sartor, Clarissa Sligh, and Mark Steinmetz. Together, these stories and photographs cover the broad geographical and emotional territory of a changing South.

“Dramatic pictures in places that most photojournalists never visit except to snap Rotarians passing award checks. . . . If there is common thread in this work, it’s a sensitivity to the essential loneliness of American life—as if the spirits of Herman Melville and Edward Hopper still hovered over the chain link fences and wall-to-wall carpets of suburbia. What a bonus, then, that the book also contains essays and fiction by such prize-winning authors as Robert Olen Butler, Allan Gurganus, and Bobbie Ann Mason.”
—Chris Waddington, Laginappe

“The interplay of words and pictures—truth and fiction—is at once comic, revealing, and vibrant, recording a determined effort to reimagine the South.”
—Library Journal

"Perhaps no region of America has contributed as much to 20th-century literature as the South. But as the years progress, the South canonized by Faulkner, O'Connor, and Welty is harder and harder to find. Tight-knit, small-town America has slowly given way to acres of sprawling suburbs and anonymous mini-malls. . . . [T]he Civil War isn't history, it's all but forgotten in favor of the day-to-day histories of its residents . . . this generation of Southerners isn't so different from its peers in the rest of the country."
—Publishers Weekly 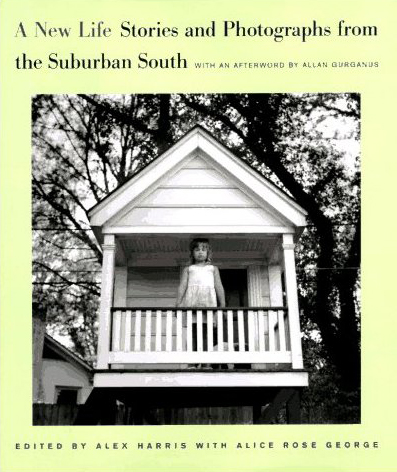