Photographer O. N. Pruitt (1891–1967) was for some forty years the de facto documentarian of Lowndes County, Mississippi, and its county seat, Columbus—known to locals as “Possum Town.” His body of work recalls many FSA photographers, but Pruitt was not an outsider with an agenda; he was a community member with intimate knowledge of the town and its residents. He photographed his fellow white citizens and Black ones as well, in circumstances ranging from the mundane to the horrific: family picnics, parades, river baptisms, carnivals, fires, funerals, two of Mississippi’s last public and legal executions by hanging, and a lynching. From formal portraits to candid images of events in the moment, Pruitt’s documentary of a specific yet representative southern town offers viewers today an invitation to meditate on the interrelations of photography, community, race, and historical memory.

Columbus native Berkley Hudson was photographed by Pruitt, and for more than three decades he has considered and curated Pruitt’s expansive archive, both as a scholar of media and visual journalism and as a community member. This stunning book presents Pruitt’s photography as never before, combining more than 190 images with a biographical introduction and Hudson’s short essays and reflective captions on subjects such as religion, ethnic identity, the ordinary graces of everyday life, and the exercise of brutal power.

This book is part of the Documentary Arts and Culture series from the Center for Documentary Studies and the University of North Carolina Press. Available in bookstores in January 2022 or by ordering from UNC Press.

“Knockout images from a remarkable archive. Otis Noel Pruitt photographed his slice of Mississippi head on, omnivorously, leaving behind an encyclopedic record of southern life in the early to mid-20th century. Look closely at these pictures. Embedded in their details are clues not only to a world long gone but the present moment as well.”
—Eric Etheridge, author of Breach of Peace: Portraits of the 1961 Mississippi Freedom Riders

“A captivating visual narrative blending the use of photography and memory. Through O. N. Pruitt’s archive, Hudson reveals the story of a complicated southern town and creates an insightful vision of the South moving from disenfranchisement to empowerment.”—Deborah Willis, author of The Black Civil War Soldier: A Visual History of Conflict and Citizenship

“This book’s excellent, incisive, and probing discussions of racial issues coming out of Columbus and Pruitt’s work are welcome contributions to documentary and southern studies alike.”—Charles Reagan Wilson, general editor of The New Encyclopedia of Southern Culture

A selection of spreads from O. N. Pruitt’s Possum Town: Photographing Trouble and Resilience in the American South: 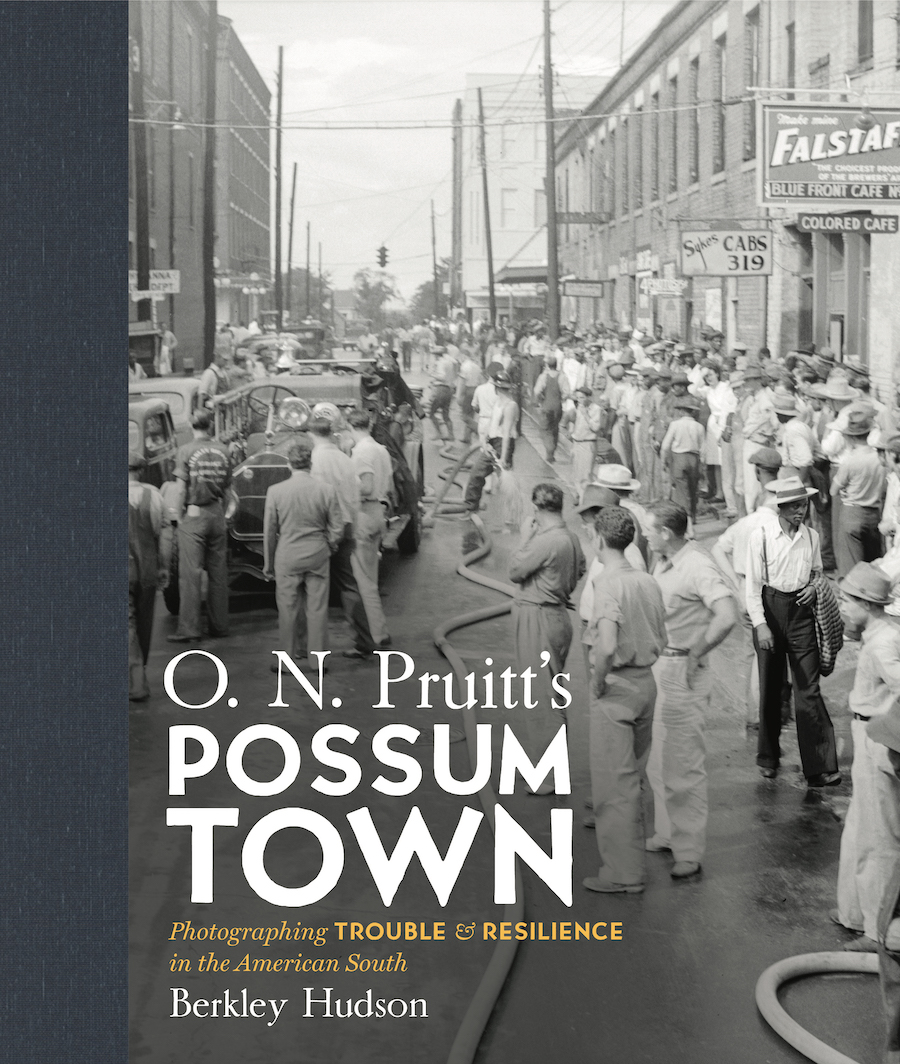