One Place: Paul Kwilecki and Four Decades of Photographs from Decatur County, Georgia

Paul Kwilecki was born in Bainbridge, Georgia, in 1928 and died there in 2009. In between, he raised a family, ran the family’s hardware store, and taught himself how to use a camera. Over four decades, he documented life in his community, making hundreds of masterful and intimate black-and-white prints.

Kwilecki developed his visual ideas in series of photographs of high school proms, prison hog killings, shade-tree tobacco farming, factory work, church life, the courthouse. He also wrote eloquently about the people and places he so poignantly depicted, and in this book his unique knowledge is powerfully articulated in more than 200 photographs and selected prose.

Paul Kwilecki worked alone, his correspondence with other photographers his only link to the larger art world. While Paul ranks among the most important American documentary photographers of the twentieth century, he is also one of the least well known. "Decatur County is home," he said, "and I know it from my special warp, having been both nourished and wounded by it."

“One Place is a deep reflection on one artist’s tilling of the soil at the heart of home, but mostly, these words and images are about time, what lasts, what doesn't. Here, we find Kwilecki’s fellow sojourners in time, and Decatur County—black and white, young and old, workers and storeowners and shoppers, preachers and prisoners. People inhabiting the place they share; the place they began, the place they will end.”
—Natasha Trethewey, U.S. Poet Laureate and author of Thrall

“As full of riches as Faulkner’s Yoknapatawpha County, Kwilecki’s sustained portrayal of Decatur County is an American classic.”
—Alec Soth, photographer and author of From Here to There

“A masterful visual drama of life in the South. Gesture is critical to Kwilecki's eye, revealing his love for humanity”
—Deborah Willis, author of Posing Beauty and Reflections in Black

“There is something down-right supernatural about Kwilecki's accomplishment. . . . One Place is . . . a monumental chronicle of the real, messy, complicated, redeemed, and redeeming American spirit.”
—Randall Kenan, author of Walking on Water: Black American Lives at the Turn of the Twenty-First Century

“These pictures reflect their maker, a man who was fascinated by the subjects he chose, especially the more vulnerable ones, and who was an outsider himself, at least by temperament.”
—Sandra S. Phillips, curator of photography, SFMOMA

“Once you’ve seen these photographs, you can’t forget the places or the people.”
—Julian Cox, founding curator of photography and chief curator, Fine Arts Museums of San Francisco 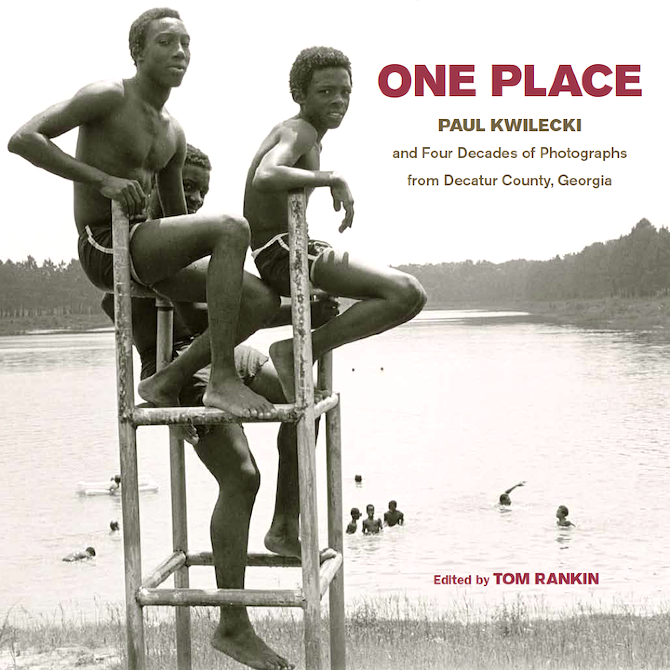