Reality Radio celebrates today’s best audio documentary work by bringing together some of the most influential and innovative practitioners from the United States, Canada, the United Kingdom, and Australia. In these twenty essays, documentary makers tell—and demonstrate, through stories and transcripts—how they make radio the way they do, and why.

Whether the contributors to the volume call themselves journalists, storytellers, even audio artists—and although their essays are just as diverse in content and approach—all use sound to tell true stories, artfully.

“A powerful and illuminating anthology about our most powerful and intimate medium. Reality Radio is a must-read for anyone who feels called to make documentary work or whose imagination and heart are stirred by the sounds of nonfiction storytelling on the radio. A wonderful book!”
—Dave Isay, founder of StoryCorps and Sound Portraits Productions

“Reality Radio is a fabulous book I wish I could have read when I started at NPR in 1974. It would have shaved 10–15 years off the learning curve in discovering how to make great radio.”
—Bob Edwards, host of The Bob Edwards Show on Sirius XM Radio

“The essays in this book were written by people thinking with their ears.”
—Rick Moody, from the foreword 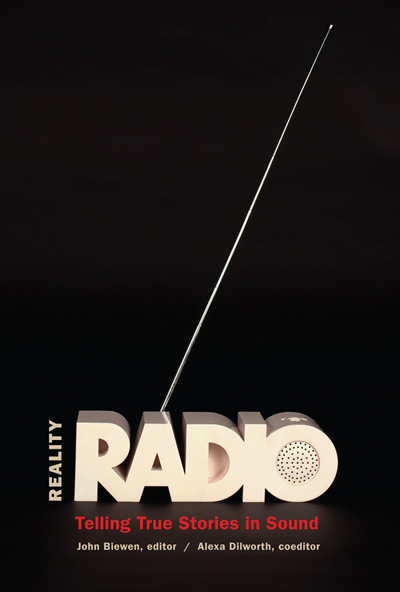