Reality Radio’s revised and expanded second edition celebrates today’s best audio documentary work by bringing together some of the most influential and innovative practitioners from the United States, Canada, the United Kingdom, and Australia. With a new foreword and five new essays, this book takes stock of the transformations in radio documentary since the publication of the first edition: the ascendance of the podcast; greater cultural, racial, and topical variety; and the changing economics of radio itself. In twenty-four essays total, documentary artists tell—and demonstrate, through stories and transcripts—how they make radio the way they do, and why.

Whether the contributors to the volume call themselves journalists, storytellers, even audio artists—and although their essays are just as diverse in content and approach—all use sound to tell true stories, artfully.

“Some of the people in Reality Radio I’ve met; some I’ve worked with. Yet much of the wisdom found in these pages is new to me. Each piece taught me something about radio that I didn’t know.”—Starlee Kine, host of Mystery Show, from the foreword

“How could something so good get better? Well, John Biewen and Alexa Dilworth have managed to do just that. Reality Radio will remain required reading for all my students—especially given the addition of essays from some of my radio heroes like Alix Spiegel, Dave Isay, and Sarah Koenig.”—Rob Rosenthal, independent radio producer and lead instructor at the Transom Story Workshop

“Somehow in this manic digital age, Reality Radio—a mere book!—is more relevant than ever. Form and function manifest, here is the story of contemporary documentary audio, thoughtfully composed and offered straight from its most respected producers. Reality Radio is required reading for anyone at the beginning of her audio career. Or in the middle. Or finishing up. And for all invested listeners. This is radio canon.”—Julie Shapiro, executive producer, Radiotopia from PRX 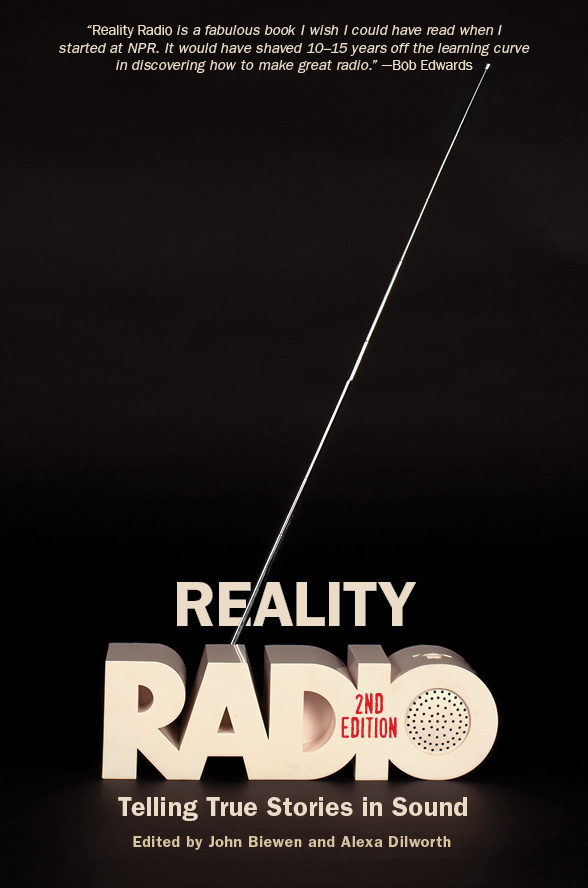