Run Home If You Don’t Want to Be Killed: The Detroit Uprising of 1943

In the heat of June in 1943, a wave of destructive and deadly civil unrest took place in the streets of Detroit. The city was under the pressures of both wartime industrial production and the nascent civil rights movement, setting the stage for massive turmoil and racial violence. Thirty-four people were killed, most of whom were Black, and over half of these were killed by police. Two thousand people were arrested, and over seven hundred sustained injuries requiring treatment at local hospitals. Property damage was estimated to be nearly $2 million.

With Run Home If You Don’t Want to Be Killed, Rachel Marie-Crane Williams delivers a graphic retelling of the racism and tension leading up to the violence of those summer days. By incorporating firsthand accounts collected by the NAACP and telling them through a combination of hand-drawn images, historical dialogue, and narration, Williams makes the history and impact of these events immediate, and in showing us what happened, she reminds us that many issues of the time—police brutality, state-sponsored oppression, economic disparity, white supremacy—plague our country to this day.

This book is part of the Documentary Arts and Culture series from the Center for Documentary Studies and the University of North Carolina Press. Available in bookstores in March 2021 or by ordering from UNC Press.

“What a graphic treatment must be, above all things, is readable and enjoyable. Rachel Marie-Crane Williams, indeed, accomplishes this. Run Home If You Don’t Want to Be Killed is an important book, one that sheds light on the complexity of a dark chapter in America’s history—one of relevance today.”—Joe Sacco, author of Paying the Land and Footnotes in Gaza

“Beautifully illustrated, engaging, and provocative, Run Home If You Don’t Want to Be Killed is unlike any graphic history I’ve encountered. Rachel Marie-Crane Williams provides a deep contextualization of the Detroit ‘riot’ of 1943, situating the uprising in the context of race, class, and wartime labor strife, through artwork that readers won’t soon forget.”—Karlos K. Hill, author of Beyond the Rope: The Impact of Lynching on Black Culture and Memory

A selection of spreads from Run Home If You Don’t Want to Be Killed: 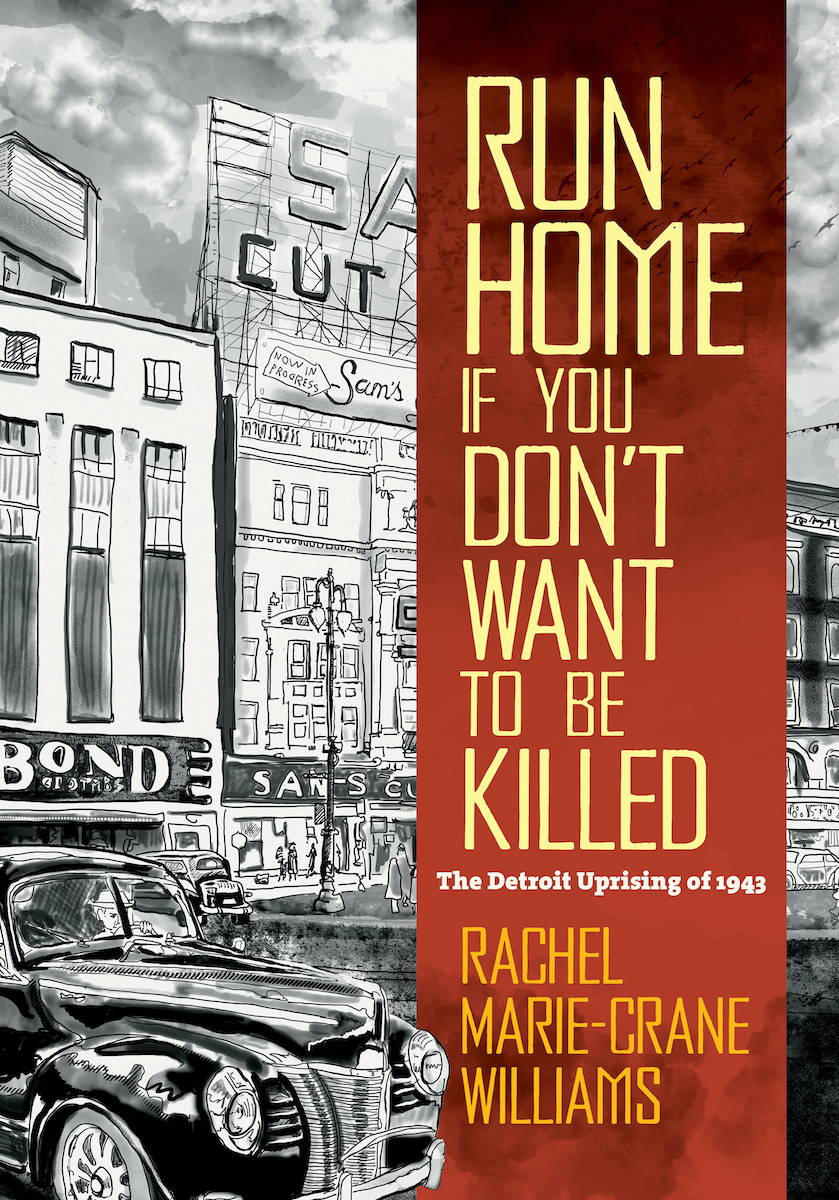