In This Timeless Time: Living & Dying on Death Row in America

“Death Row differs from all other prisons in this one regard: it is the one prison in which everything happens outside of official time. Every other prisoner in the penitentiary is doing time; the condemned are suspended in a period between times when the official clocks are running. The clock stops the moment the judge announces the sentence of death; it resumes when the sentence is carried out, transformed into something else, or vacated entirely. The condemned live, as Donnie Crawford put it in the poem from which this book takes its title, in a ‘timeless time,’” write Jackson and Christian.

In This Timeless Time features photographs by Bruce Jackson and text by Bruce Jackson with Diane Christian, as well as a DVD of their film Death Row, and “is about life on Death Row in Texas, the special prison within a prison the state maintains for men it plans to put to death,” as Jackson and Christian write in their preface. “It is also about all the other Death Rows, which across time and in various places differ in marginal ways but which, at their core, are not significantly different from one another.”

The book is made up of three parts: photographs Jackson made in 1979; commentary written in 2010; and the story of how Jackson and Christian got access to a place from which outsiders are usually excluded, and some things that happened during the course of their fieldwork.

“With absolute fairness and profound honesty, Bruce Jackson and Diane Christian carry us into the tragic world of a group of prisoners living on a Texas Death Row. . . . This powerful book calls us to reflect on the extraordinary circumstance of prisoners not 'doing time' but waiting for time to run out on death rows all over America.”
—Sister Helen Prejean, author of Dead Man Walking: An Eyewitness Account of the Death Penalty in the United States

“In the over thirty years since Bruce Jackson and Diane Christian’s work on a Texas death row began, we have made few advances in addressing the injustices in our justice system’s ultimate violent act. This is a significant work that speaks to our collective need to right the wrong that is capital punishment.”
—John Lewis, U.S. congressman and civil rights leader

“Most everyone in this book was executed. Most everyone said they were innocent. I did too . . . and I was. . . . Bruce and Diane have captured the face of America’s death penalty machine.”
—Kerry Max Cook, former Death Row prisoner “Cook, Ex: #600,” exonerated through DNA testing after serving 22 years

“Most of us have formed whatever opinion we hold on the death penalty without any direct experience of what life is like inside of an institution specially designed by trial and error to utterly dehumanize its inhabitants (and by inevitable, toxic osmosis, its employees) in order that WE THE PEOPLE are able to take their lives at a given time on a given date. Pray that In This Timeless Time is as close as you ever get.”
—Steve Earle, singer-songwriter and author of I’ll Never Get Out of This World Alive

"Nothing like this book exists, or could ever exist again. I could not recommend it more strongly.”
—Billy Sothern, death penalty lawyer and author of Down in New Orleans: Reflections from a Drowned City 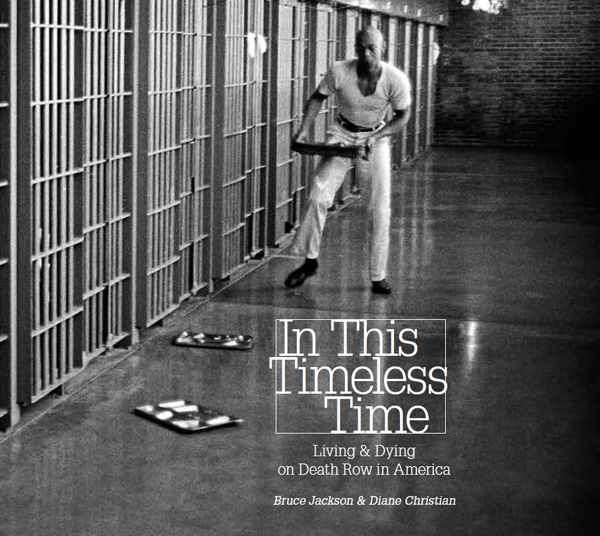