We Skate Hardcore: Photographs from Brooklyn's South Side

We Skate Hardcore reveals the determination, the dreams, and the rough and tumble story of urban youth coming of age in New York. Vincent Cianni spent eight years photographing and documenting a group of Latino in-line skaters in the Southside of Williamsburg, Brooklyn. He weaves together black-and-white and color images of the skaters inscribed with their own words to show the skaters' struggles to find a place to skate and build skate parks, and just to survive in the city. In the evacuated industrial spaces of their neighborhood, the skaters carve out places for enjoying their sport and showing off their skills—often thwarting established rules and authority figures in the process. Their stories are both personal and resonant.

We Skate Hardcore includes a DVD with footage of the skaters featured in the book, as well as additional photographs and an essay.

“An amazingly vivid documentary that runs the full gamut from exhilaration to devastation, and back. It’s more exhilarating than not, though, because it is about how kids invent their own lives, whatever life has handed them.”
—Luc Sante

“[Vincent Cianni’s] pictures of these young men and their neighborhood . . . spring from a tradition that includes Helen Levitt, Bruce Davidson, and Danny Lyon—a school that values empathy as much as artfulness. But, perhaps because he collaborated so closely with his subjects (several of whom fill the margins around his prints with extended handwritten captions), Cianni makes a vividly personal mark. His best pictures are full of the complicated pleasures of brotherhood, and remain as exciting as the moment they were made.”
—The New Yorker 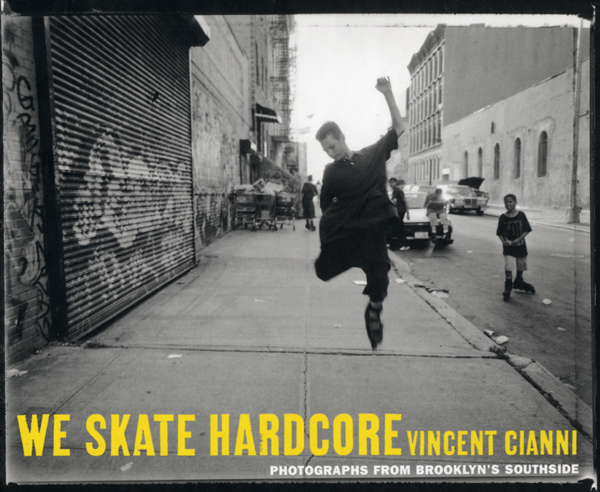