The Weather and a Place to Live: Photographs of the Suburban West

The surreal intersection of suburbia and desert in California, Utah, Nevada, and Colorado, where sprawling suburbs are reconfiguring what was once vast unpopulated territory.

With concision and an unblinking eye, Smith shows how a new frontier is being won, and suggests too how it may be lost in its very emergence. These altered landscapes force us to consider the consequences of human design battling natural forces across great expanses in which nature becomes both inspiration and invisible adversary. Smith’s elegant black-and-white photographs of this constructed universe confront us with the beauty of images as images, yet push us to reflect on the devastation possible in the simple act of choosing a place to live.

“Between mountains and fences, between a tremendous rock face and giant stacks of plywood, Smith’s images record not so much a contrast as two violent absences joining as a single force. Landfill, seedling, turnabout, heating coil collude with the sky and mountains in a triumph of disproportion: scale not so much confused or lost as irrelevant. . . . Like true poetry, [the photographs] peel away my automatic responses, and invite me to look again.”
—Robert Pinsky, “The Year in Culture 2005,” Slate.com

“Steven B. Smith looks at the suburban sprawl of Utah, California, and Colorado and sees waste, hubris, folly, and great formal beauty. . . . These photographs set up a tension between the sadness inherent in the rampant ‘Californization’ of the West and the machine-like but also strangely organic beauty to be found in the process. Smith’s work [is] both disturbing and lovely.”
—R.K. Dickson, The Bloomsbury Review 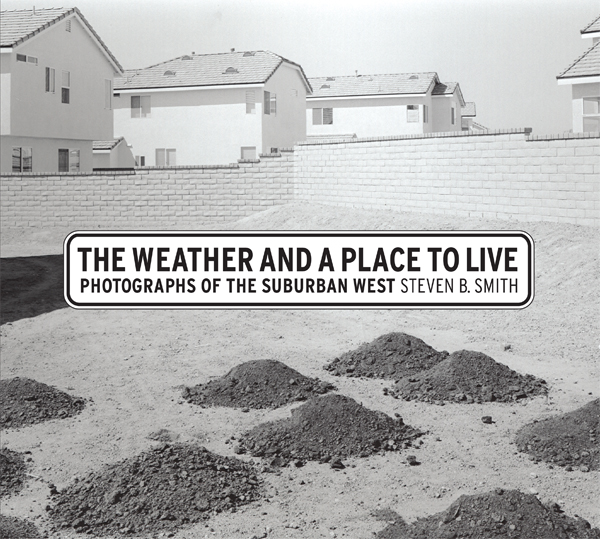