What Was True: The Photographs and Notebooks of William Gedney

William Gedney died in 1989 at the age of 56. He left behind a lifetime of photographic work, most of it unknown outside of a few colleagues and curators, John Szarkowski, Lee Friedlander, and Diane Arbus, among them. These photographs—taken primarily in New York, San Francisco, Kentucky, and India—are remarkable in their sympathetic and quietly sensual view of the world. They illuminate the rare, lyrical vision of a photographer who, while living a highly reclusive personal life, was able to record the lives of others with remarkable sensitivity and poignancy. From the commerce of the street outside his Brooklyn apartment window to the daily chores of unemployed coal miners, from the indolent lifestyle of hippies in Haight-Ashbury to the sacred rituals of Hindu worshippers, Gedney's unobtrusive view reveals the beauty and mystery of each individual life. Excerpts from Gedney's correspondence and notebooks help us discover this intensely private man who captured the people and places around him with such striking clarity and intimacy.

A Village Voice Top Ten Photography Book of the Year

“Gedney, clear-eyed and unromantic, seems to connect with something sweet, bruised, and intimate in his subjects—something about desire and loss that still resonates.”
—Vince Aletti

“The late William Gedney was a photographer of unusual grace and tenderness, but, after a solo exhibit at the Museum of Modern Art in 1968, he did little to promote his work. . . . This beautiful collection accords him the recognition he shied from in his lifetime.”
—The New Yorker

“What Was True will be on interest to anyone curious about the mysteries of creativity, especially in photography . . .”
—Mark Haworth-Booth, The Times

“[Gedney’s] graceful black and white photographs come out of an earlier, more accepting era than today, when photography is dedicated to colour and the constructed ironies of conceptual art, but he was just as concerned with the question of art. . . . His photographs are often unresolved—they catch a fleeting moment, a chewing of the lip, a tentative touch, an embarrassed fingertip tracing the metal grille of a Chevrolet.”
—Liz Jobey, The Guardian

“William Gedney’s America . . . is a nation of averted eyes, and broken automobiles, and restlessness, a place Edward Hopper would recognize, but so, also, Walt Whitman.”
—Richard Rodriguez, NewsHour with Jim Lehrer

*No longer available from the Center for Documentary Studies 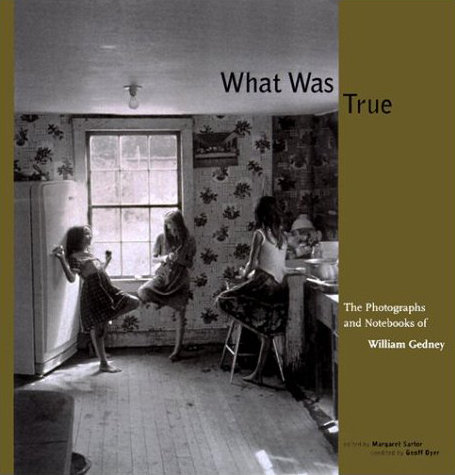