Despacito (Slowing Down): Socially Engaged Documentaries in Sound and on Site

CDS's Susan E. Tifft Initiative on Documentary and Journalism explores the meaningful ways in which documentary approaches and methods can inform, and be informed by, journalism's evolution in the digital era. The inaugural program of the initiative is a fellowship for women media artists, journalists, and documentarians. The DeWitt Wallace Center for Media & Democracy at Duke's Sanford School of Public Policy is project partner.

In this public event at the Center for Documentary Studies (6 p.m. reception, 7 p.m. talk), 2018 Susan Tifft Fellow Ruxandra Guidi will present an overview of her work, and explore the question: From subject to audience, how do we as storytellers move beyond a singular voice? "Whether we find narratives at home or abroad, our audience is often an afterthought in the creative process, and frequently, it is homogeneous: white, college-educated, and often, online," Guidi says. After more than a decade working as a public radio journalist focused on Latin America and the U.S.-Mexico border, she is slowing down her approach in search of a deeper human connection, more opportunities for collaboration, and more inclusive methods of sharing her work. From her series focused on an indigenous community in Panama to a year-long exploration of the lives of older adults in Los Angeles, Guidi will offer some insights on what it takes to tell nuanced community-driven stories, and how the storytellers of today have a responsibility to challenge prevailing narratives.

Guidi, a native of Caracas, Venezuela, tells stories through radio, photography, multimedia, the printed word, and public installations and events. She has worked as a reporter, editor, and producer for NPR's Latino USA, the BBC's The World, the Fronteras Desk, and has covered KPCC Public Radio's Immigration and Emerging Communities beat in Los Angeles. She also collaborates on extended documentary projects with photographer Bear Guerra under the name Fonografia Collective, founded to advance their vision of a more inclusive and diverse approach to nonfiction storytelling. They recently finished work on the yearlong multimedia storytelling series Going Gray in LA with public radio station KCRW in Los Angeles, and are currently developing a storytelling project around the site of a future park on the Los Angeles River with Clockshop, a local arts organization, and California State Parks. Guidi's magazine features, essays, and radio documentaries have been presented by the BBC World Service, BBC Mundo, National Public Radio, the Canadian Broadcasting Corporation, National Geographic, the New York Times, the Guardian, and the Atlantic, among others.

Read more about the Susan E. Tifft Initiative on Documentary and Journalism. 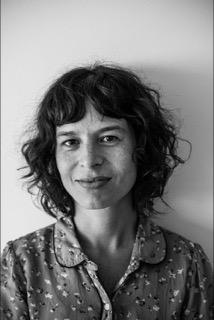