In August 2019, journalists Nadja Drost and Bruno Federico joined Caribbean, African, and Asian migrants in their perilous trek through a sixty-mile-wide swath of jungle straddling the Colombian-Panamanian border. Their reporting offers a rare insight into who migrates to the U.S. through this unusual and long migratory corridor via South America, as well as how and why they do. While the perils of the jungle and migration regulations make reaching the U.S. an uncertainty for many migrants, in January they ran into one of the Bangladeshi migrants who defeated the Darien Gap and now lives in New York.

If seeing a part of this dangerous and arguably most perilous migration route to the U.S. is of interest to you, we encourage you to view the speakers' three-part report (Darien Gap, Panama, and Mexico) and join us for a discussion focusing on the Darien Gap. Moderated by Piotr Plewa, Visiting Research Scholar, Duke Center for International and Global Studies. Introduction will be provided by Miguel Rojas-Sotelo, Adjunct Professor in International and Global Studies at Duke University. Nadja Drost is a Canadian journalist based in New York City after a decade based in Bogotá, Colombia. She works in print, radio, and television, and regularly reports from Latin America as a Special Correspondent for the PBS NewsHour. Bruno Federico is an Italian filmmaker and cinematographer based in NYC, following a decade in Colombia, where he started making independent documentaries in 2010. REGISTER: http://bit.ly/36FUmMN 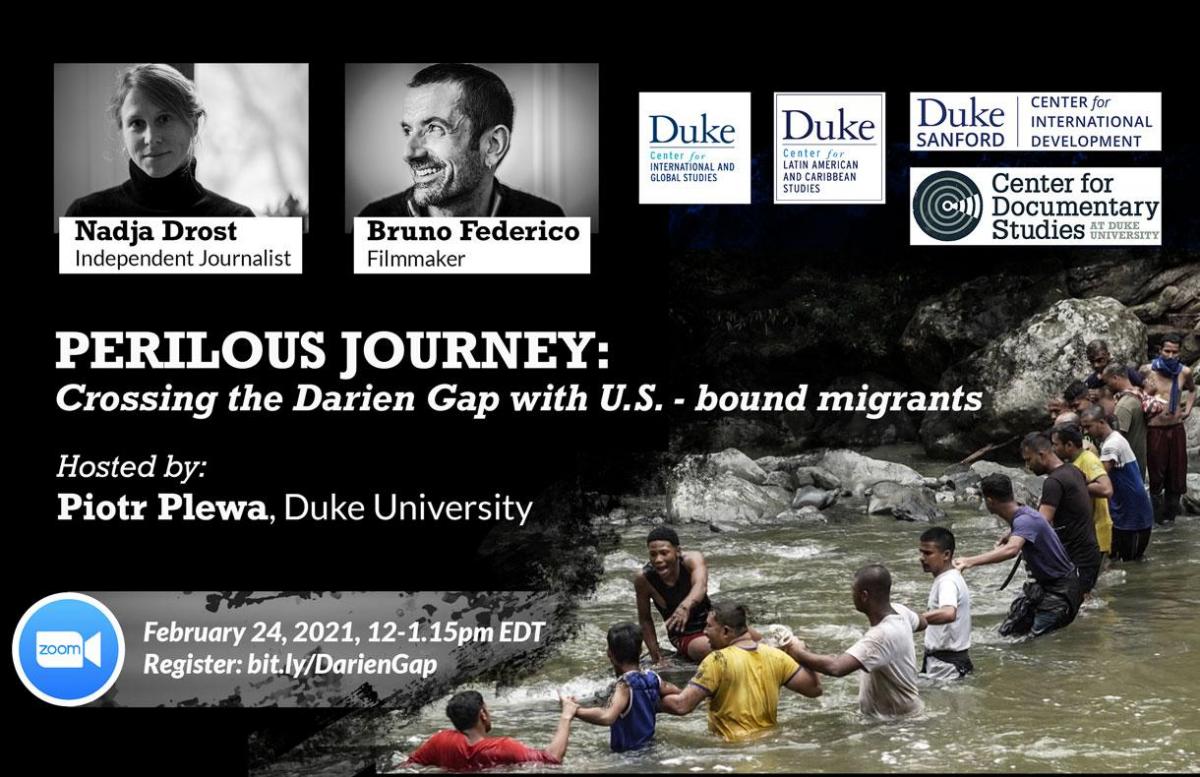