"Slow Burn: A Photodocument of Centralia, Pennsylvania" chronicles Centralia's demise from an underground coal mine fire and depicts a singular epic event in Pennsylvania history, representing the confluence of environmental, scientific, bureaucratic, and emotional tragedies. As an award winning photojournalist, Jacobs moved into a house in Centralia's impact zone in 1983 to document, in photographs and interviews, the end stages of the tiny anthracite coal town's unsuccessful fight to resolve the intractable problems that began with the mine fire in 1962 and culminated in the razing of the town by the federal government.

The Archive of Documentary Arts in the Rubenstein Library acquired Jacobs' Slow Burn project archive in 2016. The Slow Burn archive consists of more than 200 rolls of 35mm black and white film, the accompanying contact sheets, more than 1,000 silver gelatin work prints, contemporaneous news articles, oral history interviews and vintage exhibition prints. Additionally, the archives include maquettes for the original 1986 book and the 2010 re-issue, as well as prints with printer's notations.

The Q&A with the artist will be moderated by Tom Rankin. Introductions at 5:45 p.m.; artist's talk and Q&A at 6 p.m. The exhibit "Slow Burn: A Photodocument of Centralia, Pennsylvania, Photographs by Renée Jacobs" will be on view from November 2, 2019–February 16, 2020. 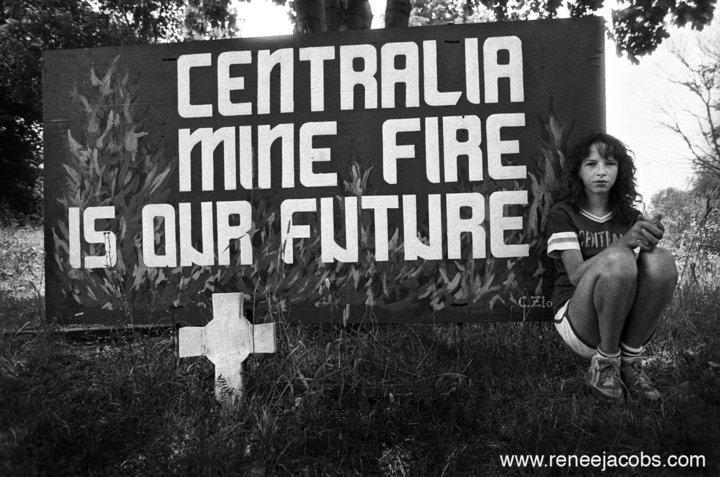