Campaign for Braddock Hospital (Save Our Community Hospital) 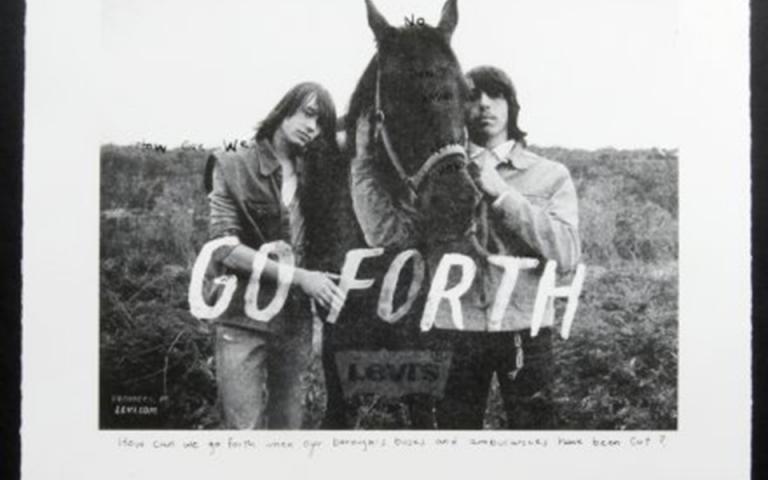 Photographer LaToya Ruby Frazier began to document herself and her family as a teenager. Now 31, her recent work extends that intimate circle to include her hometown, Braddock, Pennsylvania, and the ties that bind people to place, place to people, for both good and ill. Braddock was a thriving industrial hub for close to a century, the site of steel baron Andrew Carnegie’s first mill. With the collapse of the American steel industry in the 1970s, the small town on the outskirts of Pittsburgh went into a precipitous decline—over time, a mass exodus of people and businesses and plunging real estate values—from which it has yet to recover. One of the most recent victims is Braddock Hospital, which had served its community since 1906. The hospital merged with the University of Pittsburgh Medical Center in 1996, but in 2010, claiming that the hospital was losing money and underutilized, UPMC demolished the historic six-story building, despite intense local controversy, challenges from the Braddock Council President, and an investigation by the U.S. Department of Health and Human Services’ Office for Civil Rights. A new hospital was built in an affluent suburb that a majority of community residents cannot easily reach. “Braddock Hospital was our largest employer,” says Frazier. “Today our community does not have adequate health care, emergency care, or employment opportunities.”

The struggle for economic opportunity and access to health care by Braddock’s marginalized residents in the wake of the hospital’s closing, particularly senior citizens and African Americans, inspired Frazier’s work in her 2011 series Campaign for Braddock Hospital (Save Our Community Hospital). The series includes documentary photographs as well as repurposed ads from a campaign by the Levi’s clothing company that drew on Braddock’s industrial history. A 2012 article on Time magazine’s photo blog, Lightbox, “When the Personal Turns Political,” says “Frazier was left stunned by what she saw as the irony and greed of the ads,” with their “calls for the ‘New Pioneers’ to ‘Go Forth’ to new opportunities in Braddock and invigorate the town’s growth,” and exhortations that “Everybody’s Work Is Equally Important.” Frazier began editing the ads with comments—her own as well as those of other members of the community—and photographed them. She then made those images, along with her photos of citizen protests to save Braddock Hospital, into black-and-white photolithographs and screenprints that reference early–twentieth century advertising and social documentary.

Frazier has dedicated Campaign for Braddock Hospital to Braddock Council President Jesse Brown and the community activist group Save Our Community Hospital. The work debuted at the 2012 Whitney Biennial in New York City.

The CDS exhibit features Frazier’s twelve 17 inch x 14 inch black-and-white photolithographs and screenprints from the series as well as a video projection by Frazier and her mother, DETOX (Braddock U.P.M.C.). The 2011 video concerns health issues in the post-industrial landscape of Braddock, Pennsylvania, in a community with limited access to health care.