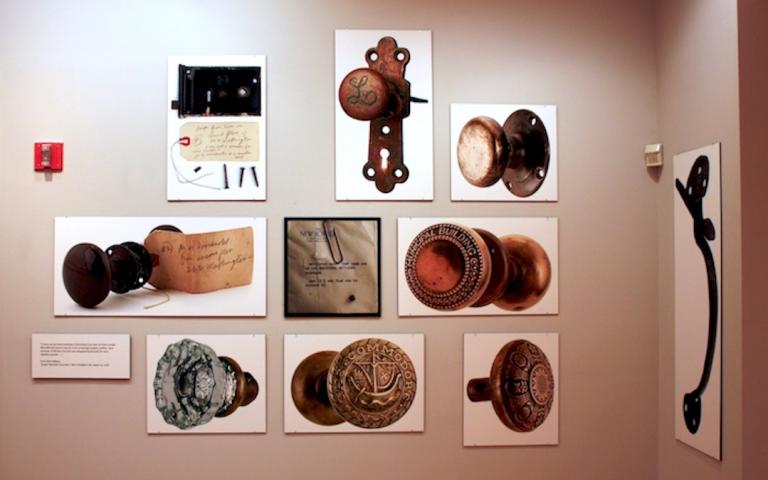 Joseph Mitchell (1908–1996), a staff writer for The New Yorker for almost sixty years, became famous for his captivating, carefully constructed stories about ordinary people, who, in his hands, came alive on the page in all of their human complexity. His keen interest in his subjects led him to explore the physical world they inhabited. Over time, Mitchell became increasingly concerned with the loss of that world, and he amassed an incredible collection of artifacts that documented places and practices falling into decay, or being rendered obsolete.

Mitchell continued to pursue his collection even during the years that he apparently no longer wrote. The appearance of Joe Gould’s Secret in 1964 marked the last significant publication of new writing by Mitchell, though he continued to go daily to his office at The New Yorker for some thirty years thereafter.

Writer/photographer Steve Featherstone and writer Paul Maliszewski have embarked on a restoration effort not unlike Mitchell’s, to understand and document the past, through selected objects from Mitchell’s collection, and to tell these stories in the present moment. Through Featherstone’s photographs and text by Maliszewski, the exhibition The Collector: Joseph Mitchell’s Quotidian Quest beckons the viewer into the intimate, mysterious world that this admired writer witnessed, saved, and left behind.