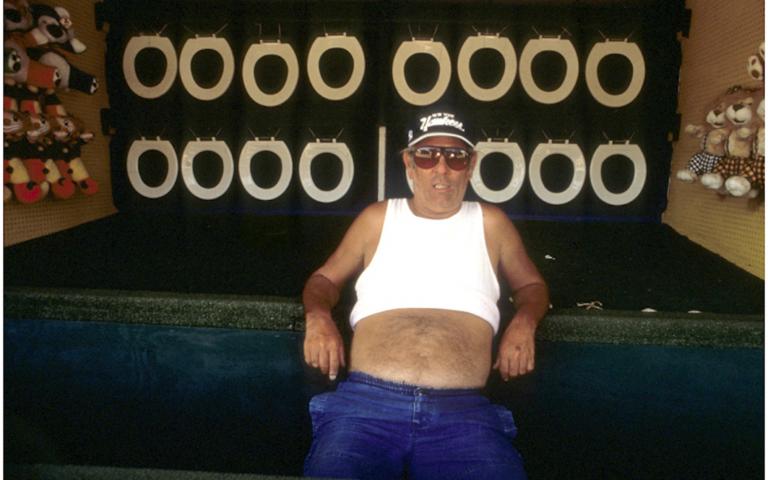 This exhibit features black-and-white photos from Harvey Stein's recent book of the same name as well as a small selection of color images from an earlier book. A visual document of an iconic American place that is rapidly changing, Stein's work is, in his words, "a meditation on time, history, persistence and longevity (of both Coney Island and myself), fate and public social behavior."

“If Paris is France, Coney Island, between June and September, is the world.”
—George Tilyou, Coney Island’s most influential promoter (1862–1914)

For me, Coney Island has been there from the beginning. I discovered it and photography at the same time, in 1970. My first photography teacher, the wonderful and crazy Ben Fernandez, instructed me to get a Leica, use a 21mm lens, and go to Coney Island. Being the dutiful student that I was, I complied. And obviously I have kept doing so.

My first Coney Island book was published in 1998, the result of a twenty-seven-year shooting adventure. You would think twenty-seven years is enough, yet Coney constantly beckons, and I am unable to purge myself of it; it’s like a catchy tune that plays and replays in my mind. Why do I keep returning? What attracts me? Why do I always think about it? Why this compulsion to photograph there, after I’ve done so more than four hundred times in the last four decades? Perhaps because Coney Island is in my mind, heart, and soul. It’s haunting and beguiling, ever-changing and yet at its core—the same.

Being in Coney Island is like stepping into a culture, rather than just experiencing a day’s entertainment. There is a sense of excitement, adventure, thrill, and escape from daily worries. There is much pleasure, whether riding the jarring Cyclone roller coaster, walking the boardwalk, appreciating the catch on the pier, viewing the mind-bending Mermaid Parade, or just sunbathing on the beach. Coney Island is an American icon celebrated worldwide, a fantasyland of the past with a seedy present and an irrepressible optimism about its future. It is a democratic entertainment where people of all walks of life are brought together in peace and harmony, despite the newly growing crowds. There isn’t anywhere else like it, and that is much of its attraction.

The paradox of photography is that while it is not very difficult to do (especially with digital point-and-shoot and cell phone cameras), the more you do it, the harder it gets. As you progress, you want and expect more, you strive to improve and make stronger and stronger images. You begin to understand what makes a photograph successful; the quest for the “magical” instant eternally frozen in time becomes an elusive and mostly unattainable goal.

Photography and Coney Island are never boring, always challenging and enduring in one way or another. Both engage me, keep me alert, alive, and sane, always looking, seeing, perceiving my surroundings and my fellow man. Without them, I would be so much less. With them I am richer, kinder, more knowledgeable about the world and myself. What more can be asked?

Harvey Stein has taught at the International Center of Photography since 1976. His photographs are in the permanent collections of the George Eastman House, the Art Institute of Chicago, Bibliothèque Nationale, the Corcoran Gallery of Art, the Museum of Fine Arts, Houston, and many other institutions. 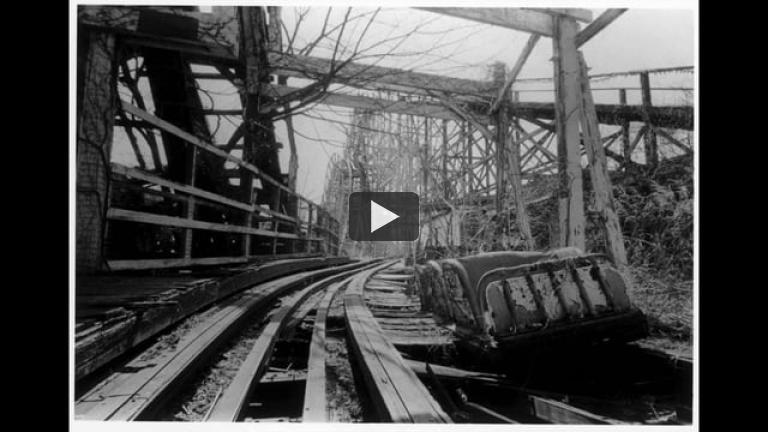 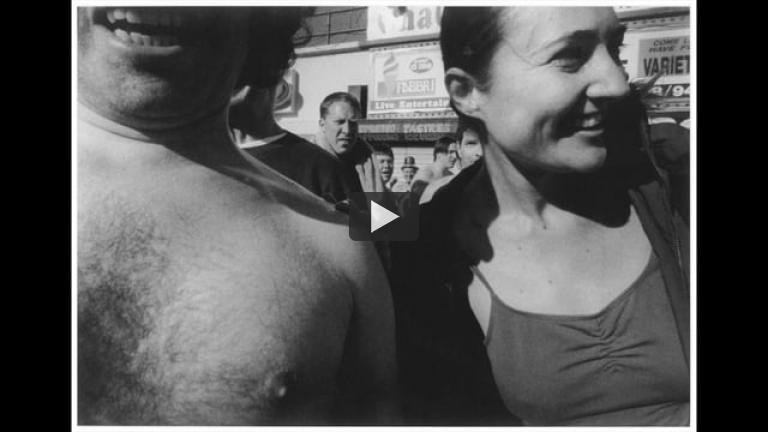 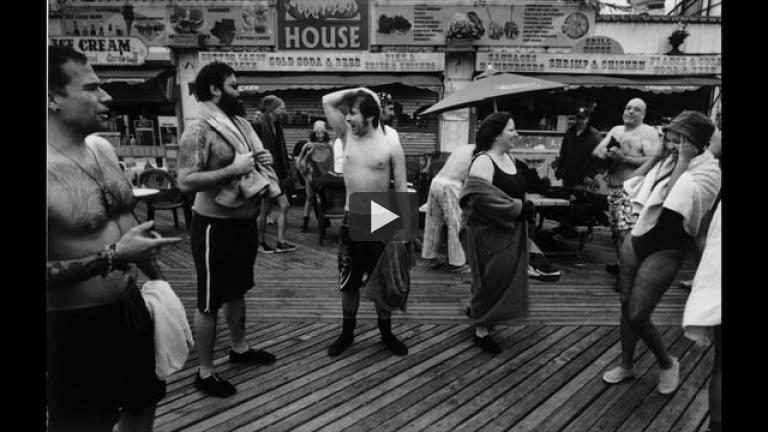 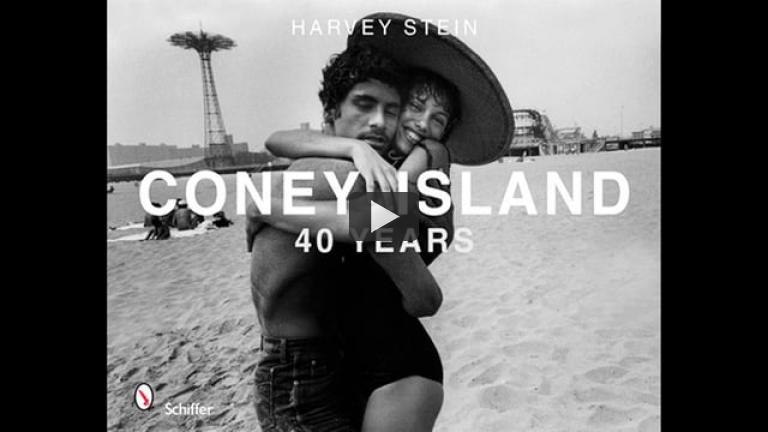 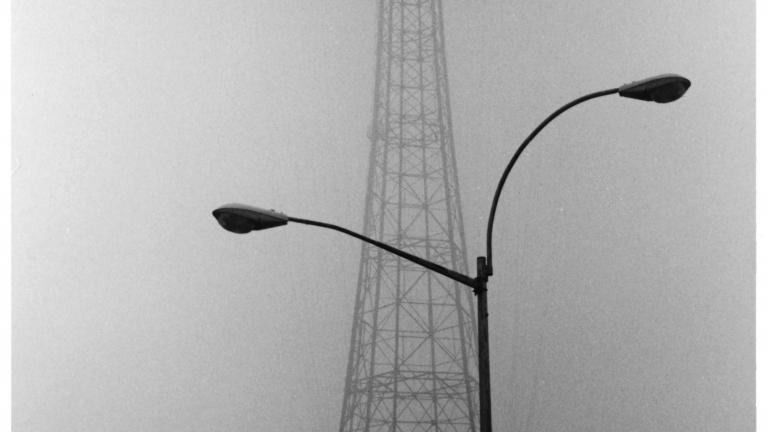 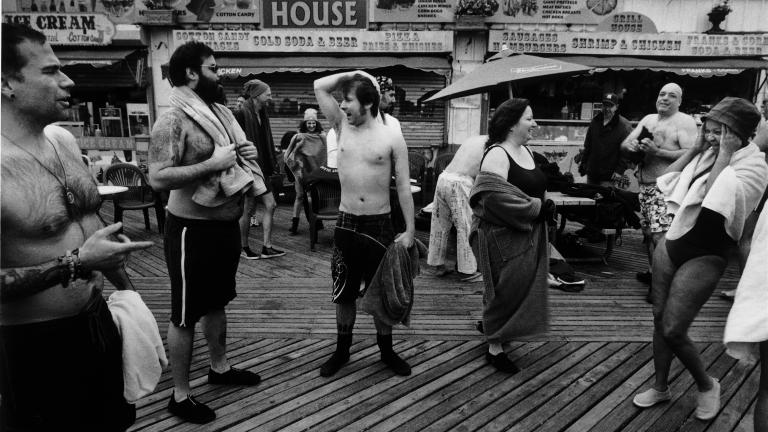 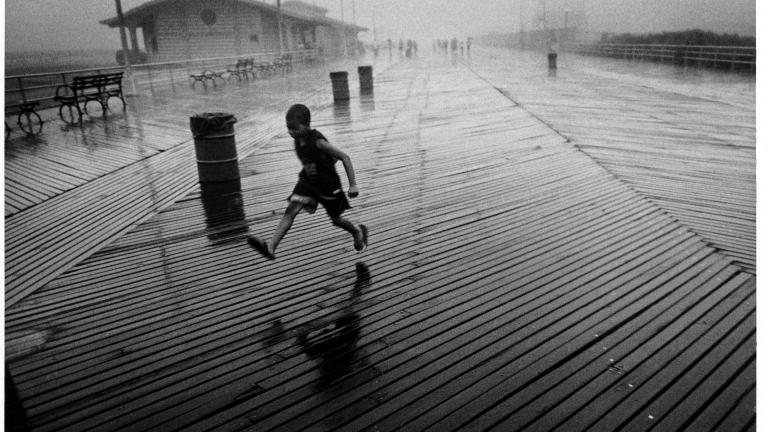 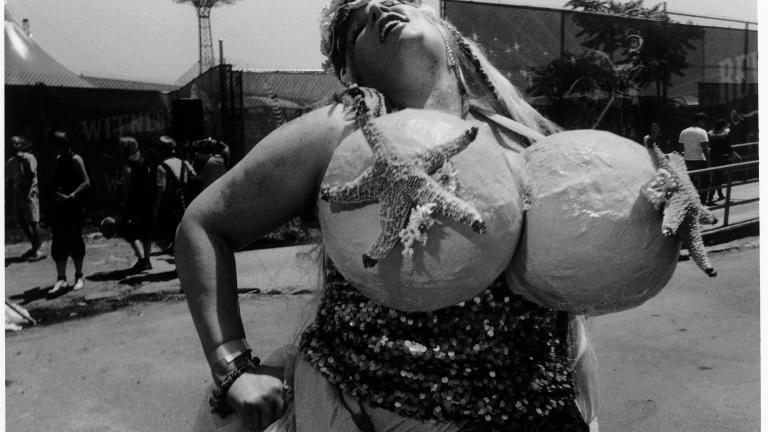 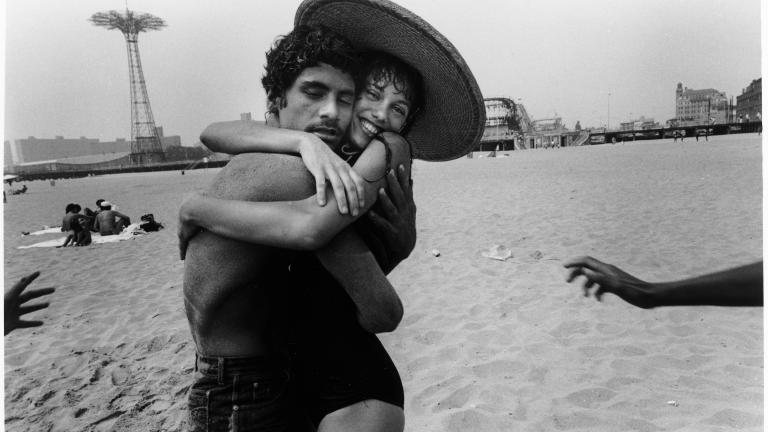 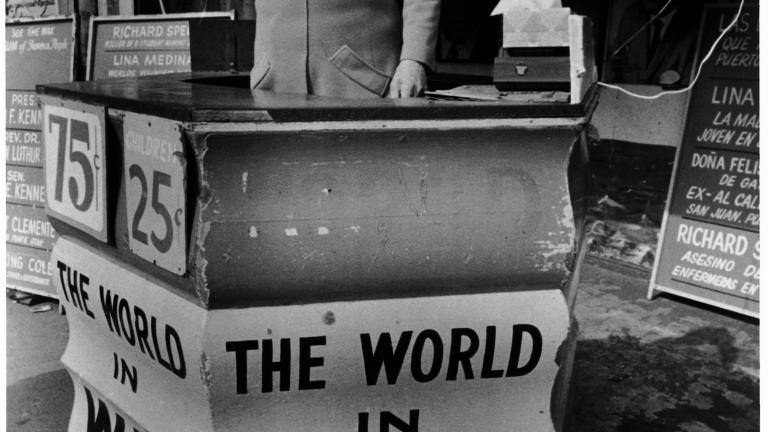 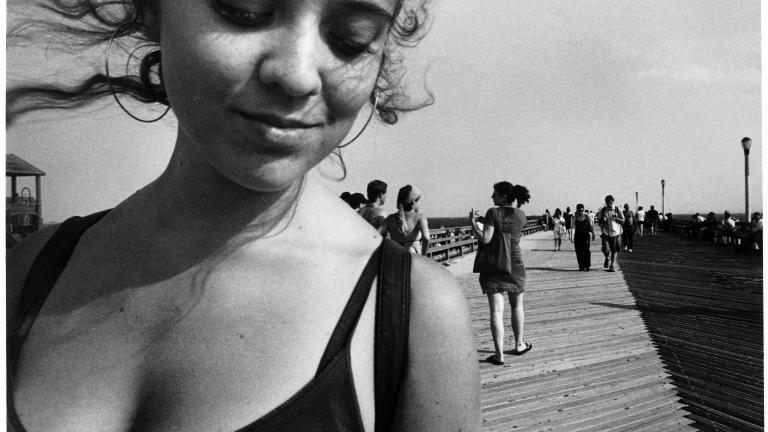 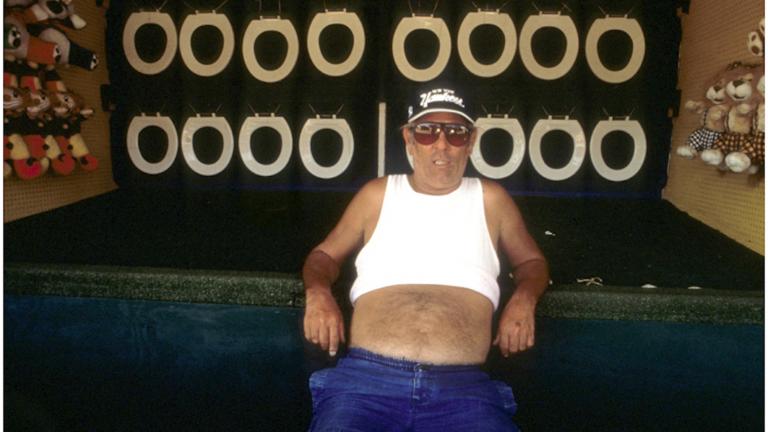 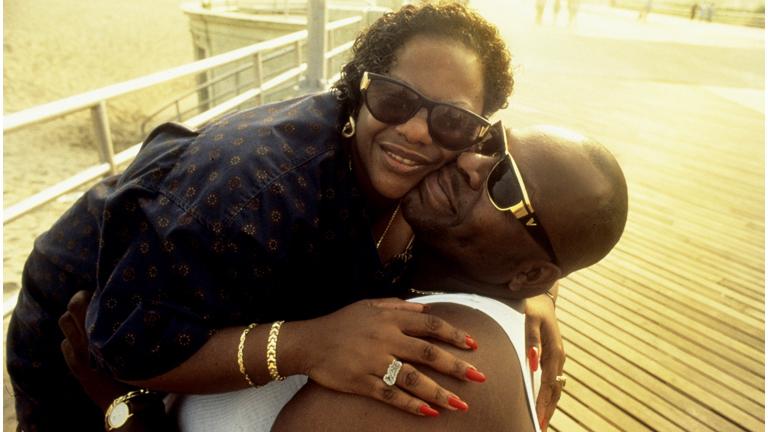 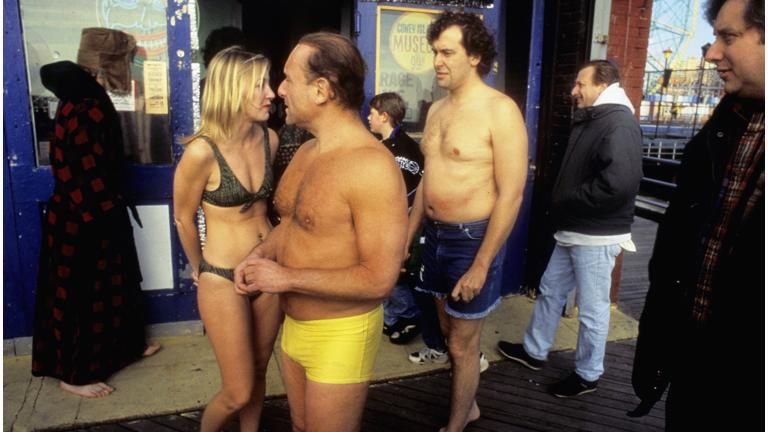 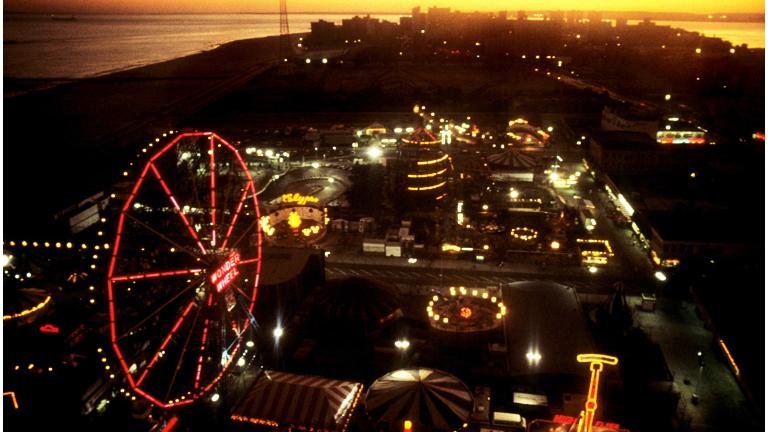