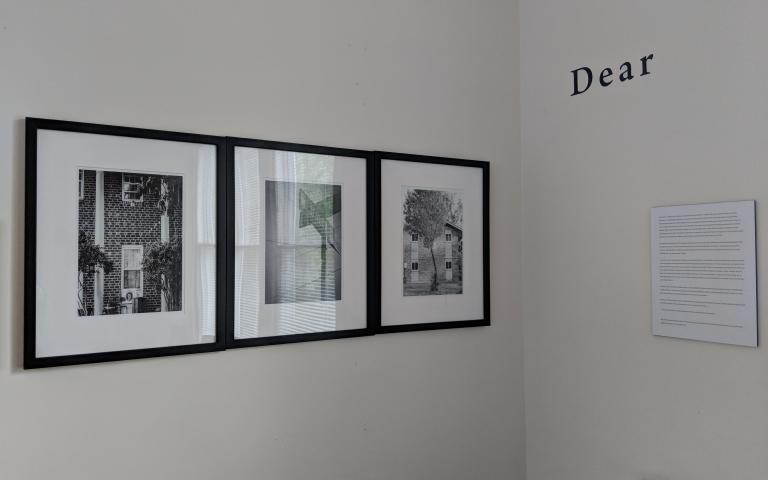 “In January of 2018, four Emerging Documentary Artists (EDAs)—Brittany Barbee, Steven Cheek Jr., Paul A. Newman Jr., and Gregory Weaver II—joined the staff of the Center for Documentary Studies as part of the Documentary Diversity Project (DDP), a three-year pilot program to create platforms on which more people of color would build careers in, and nurture a passion for critical consumption of, the documentary arts. Ambria McNeill, CDS’s 2017–18 exhibitions intern and a generational peer of the EDAs, has been a vital part of the development of the DDP. All of them came with an attitude of openness and so, though each had interest and/or experience in a particular medium, they’ve been experimenting with a variety of tools.

Over the first six months of the program, the group has been building community and getting acclimated to the institutional culture of CDS: attending classes and workshops, going on field trips, connecting with potential mentors, sharing skills, looking at and discussing work and readings, and investigating the resources that are available here—people, places, things.

I wonder a great deal about the notion of cultural aesthetics, vulnerability, ethics in documentary work, and what an emancipatory (aka decolonized) documentary practice would look like. I’ve been asking these emerging artists to wrestle with those ideas, too. Sometimes looking at one’s self, family, or community can clarify and complicate one’s practice. When I asked them to submit work for an exhibition, they all—bravely, I think—shared slices of their lives. Brittany described it beautifully in an email, “Title of the exhibition? I am not sure but I know we all submitted things that are dear to us.” What a perfect way to introduce themselves, by saying: This is something I care deeply about.

Thanks to William Page II, DDP coordinator, for keeping us moving forward, and to Tamika Galanis, inaugural DDP Post-MFA Fellow in the Documentary Arts, for printing tutorials.”

The Documentary Diversity Project at the Center for Documentary Studies is funded in part by a grant from the William R. Kenan Jr. Charitable Trust.