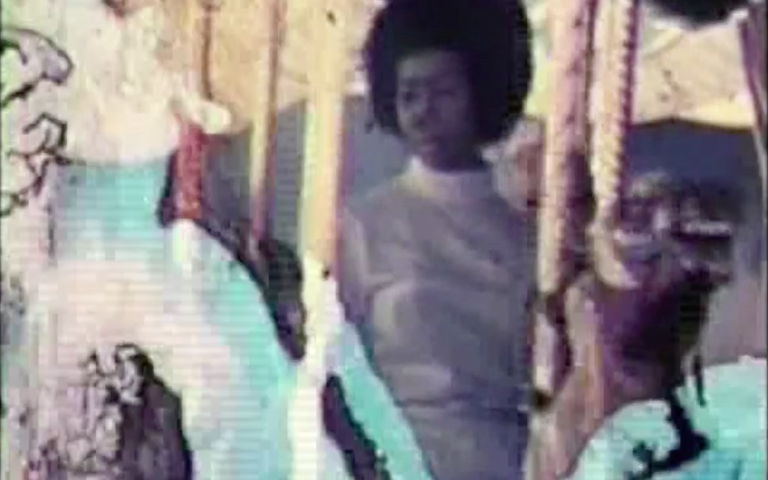 Tamika Galanis's exhibition One Hurricane Season is part of an ongoing project that the artist/documentarian describes as her life’s work, centering around the representation and history of her native Bahamas. The exhibition evolved from time she spent with family in the Bahamas in the summer and early fall of 2017, anticipating and in the wake of two hurricanes. As Irma and Maria were devastating the Caribbean, Galanis was also witnessing the progression of her grandmother’s dementia. Incorporating archival family photos and videos as well as natural materials, One Hurricane Season “likens my personal experience with my grandmother to what happened to the countries throughout the Caribbean in that hurricane season,” says Galanis. “What does it mean to wake up in a place, to wake up in a body, that’s different than it’s been for its complete existence? It’s a very personal foray into a global story.”

The aim of her larger ongoing project, Hacking the Narrative, “is, during this age of climate change, to capture a much more nuanced Bahamian experience than the outward-facing story of ‘island paradise’ that the rest of the world gets.” Believing it’s just a matter of time before the Bahama islands start to disappear, Galanis wants to capture the experience of everyday Bahamians. “Our experience is not going to be told by the colonial archive and it’s not going to be told by contemporary ad agencies because we have been erased from that story. We are not there.” Read more about One Hurricane Season and Hacking the Narrative in this recent interview with Tamika Galanis.

Image: Still from an experimental video by Tamika Galanis in One Hurricane Season

Tamika Galanis is a documentarian and multimedia visual artist. A Bahamian native, Galanis's work examines the complexities of living in a place shrouded in tourism’s ideal during the age of climate concerns. Her photography-based practice includes traditional documentary work and new media abstractions of written, oral, and archival histories. She received an MFA in Experimental and Documentary Studies from Duke University in 2016 and was the inaugural Post-MFA Fellow in the Documentary Arts at the Center for Documentary Studies (CDS) in 2017–18, part of CDS’s Documentary Diversity Project. Galanis is currently the Jon B. Lovelace Fellow for the Study of the Alan Lomax Collection at the Library of Congress, where she is working with the collection’s Bahamian materials.