“Allan Gurganus writes without a safety net; no precautions are taken against pathos, bathos, authorial indignity.” So Henry Louis Gates Jr. observed in The Nation: “Gurganus locates the dangerous glamour in ordinariness. He can do anything he likes as a writer.”

Allan Gurganus is the author of the novel Oldest Living Confederate Widow Tells All (Sue Kaufman Prize from the American Academy of Arts and Letters), the collection of stories and novellas White People (Los Angeles Times Book Prize, Pen Faulkner finalist), and the novel Plays Well with Others (Lambda Literary Award finalist). His latest work, The Practical Heart: Four Novellas, won the Lambda Literary Award. These novellas, written over the past five years, have appeared in Granta and in Preservation Magazine. The title work appeared as a Folio in Harper’s and won the National Magazine Prize. Two of the four works have also been optioned for feature films, “The Practical Heart” by Alan Scott (Don’t Look Now), and “He’s One, Too” by Thom Fitzgerald (The Hanging Garden).

Gurganus has taught at Stanford, Duke, the Iowa Writers’ Workshop, and Sarah Lawrence. His short fiction is seen in the O’Henry Prize Collection, Best American Stories Collection, and The Norton Anthology of Short Fiction. The CBS version of “Widow” won four Emmys, including Best Supporting Actress for Cecily Tyson. A one-woman Broadway show based on “Widow” recently starred Ellen Burstyn.

John Cheever wrote, “I consider Allan Gurganus the most technically gifted and morally responsive writer of his generation.”

Even as we set down the stories that seem to us our most inward and autobiographical, our very uniqueness springs from an encoded cultural cargo we all unwittingly carry. This class involves telling our own valued personal tales even as we trace—within them—those national and historical traits we all embody. (We each work hard to resist aspects of this wholesale inheritance. That resistance is often The Story Itself). Where does our sacrosanct “I” fit within the larger “Us”? How is today’s front-page headline like or unlike our most private diaries? What barricades must we build around the Subjective in order to protect it from the flattening Normative? Aren’t we all actually that child left behind? A Fiction Writing Class is meant to be protective of its writers’ Personal Lives. Other courses are intent on charting the national, historic sources that continually shape our expectations, our very present-tense methodology. Whereas this class seeks to fuse these two lines of inquiry. We will try investigating the schizophrenic division between our nationalistic-religious biases and the most secret of our inward suspicions. Confronting both, we can better embrace a world that feels increasingly atomized and psychologically compromising.

We will study those documents that hint at essential elements of the American Self: from Locke to Franklin to Twain to Faulkner to Toni Morrison to Soap Opera News. The class seeks to fuse the creation of “personal” fiction with an exploration of our collective inheritance via “public” documents, emblematic autobiographies, group explanations. It hopes to do shuttle diplomacy between our personal fears and our cultural norms. By confronting this duality, by seeing the fertility it produces as well as its resulting confusion, we are likelier to find new ways of describing ourselves—private citizens daily laid bare by a single battering global reality.

In a world where truth is ever harder to ascertain, fiction offers a brilliant tool both for spin control and self-knowledge.

Our nation has always been excellent at talking about itself. Indeed, we talked ourselves into being. Stories still matter here. Storytellers, exaggerators, outlaw liars, slave owners in denial, snake-oil salesmen, Bible floggers, innocents and angels dark and light, all comprise the single tall tale America most loves to tell itself.

Our two textbooks (The Norton Anthology of Short Literature and The People Speak: American Voices, Some Famous, Some Little Known, Howard Zinn) will participate in this fiction-documentary split: one an anthology of exampled and admitted fictions, the other a series of national documents and first-person spoken accounts. By tracing our national myth—from Columbus’s ships log through the journals of a Columbine shooter—we seek to find our singular dwelling place along the cavalcade of our troubled, glorious culture.

Since our national myth IS admittedly a myth, narrative inventors have always ruled here. Is it not time for the creation of some freshened American Myths? By simulating the voices of Founding Fathers, by imitating carny-barkers, slaves, and slave-sellers—we can each become a quorum out of Whitman. We will examine, through imitation, Captivity Narratives, Slave Testimonies, POW Letters Home, the epic self-inventions of exemplars as different as Benjamin Franklin, P.T. Barnum, and Billie Holiday.

The National Narrative shows a willing eagerness to stretch the truth: from Babe the Blue Ox to Twain’s Huck to confessions of self-made industrialist-showmen, to star biographies and self-help texts. Certain themes in our literature remain constant. We evince a preference for the large over the small; we profess the gospel of inclusion while often practicing its opposite; we demand the very hype we most disparage.

Students will write their own tales. Some of these will be ventriloquized in the manner of great American novelists, criminals, presidents. The documentary impulse will be conjoined and complicated by that of personal subject matter. Essential equipment: The willingness to experiment, an embrace of the subjective, a good ear and willing heart, the eagerness to laugh at oneself in advance of laughing at others. These very qualities should fit you for the course. They should also help you survive the circus crucible of being an aware American in 2004. 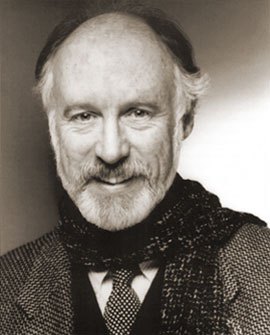