Historian Bill C. Malone, a retired professor emeritus at Tulane University who is known for his groundbreaking cultural studies of Southern folk and country music, was the inaugural Lehman Brady Chair Professor. Malone, recipient of a John Simon Guggenheim Fellowship for the study of country music and the Southern working class, has published widely. His most recent book is Don’t Get Above Your Raisin’: Country Music and the Southern Working Class, University of Illinois Press (2002).

Malone’s other books include Country Music U.S.A., Stars of Country Music (co-edited with Judith McCulloh), and Southern Music/American Music. He produced and annotated the Smithsonian Collection of Classic Country Music, and he has authored numerous journal and encyclopedia articles. A popular panelist, lecturer, and teacher, Malone delivered the Thirty-Fourth Annual Mercer University Lamar Memorial Lectures, “Romance, Realism, and the Musical Culture of the Southern Plain Folk,” published in 1993 as Singing Cowboys and Musical Mountaineers by University of Georgia Press. He resides in Madison, Wisconsin, where his wife pursues her work in history and education.

Malone taught a course titled Women and Country Music, a seminar exploring the contributions made by women in shaping the music of the South, from folk origins through the era of commercialization in the twentieth century. The course not only delved into women’s roles as music makers, but it also investigated the ways in which women defined their lives and communicated their feelings and values through music. 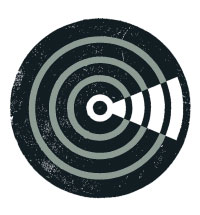