Historian David S. Cecelski—whose writing and teaching stems from his passionate commitment to the places, people, and politics of eastern North Carolina—has written extensively on civil rights and North Carolina coastal history. Known to many North Carolinians through his devotion to the public portrayal of history, Cecelski has contributed a monthly oral history series, "Listening to History," to the Raleigh News & Observer since June 1998.

Cecelski, recipient of an Outstanding Book Award from the Gustavis Myers Center for the Study of Human Rights and a Walter Hines Page Award for Literature, has published widely. His books include The Waterman's Song: Slavery and Freedom in Maritime North Carolina (2001), A Historian's Coast: Adventures into the Tidewater Past (2000), and Along Freedom Road: Hyde County, North Carolina, and the Fate of Black Schools in the South (1994). He co-edited Recollections of My Slavery Days (1999) and Democracy Betrayed: The Wilmington Race Riot of 1898 and Its Legacy (1998).

Cecelski's current work-in-progress, The Fires of Freedom: Abraham Galloway's Civil War, tells the story of Galloway's life as a fugitive slave, Union spy, and "rather swashbuckling" leader of former slaves in North Carolina.

A graduate of Duke University (B.A., 1982) and Harvard Graduate School of Education, Cecelski was the Whichard Distinguished Visiting Professor in Humanities at East Carolina University in 2000-01. He lives in Durham with his wife and two children.

In fall 2001 Cecelski taught A World of Fisher Folk: In Search of the Coastal South, a seminar that explored and documented the history, culture, and struggles of the fishing and maritime communities of the American South. Special topics included the struggle for self-determination among the Gullah peoples of the Carolina Low Country; the saga of the last oystermen on Chesapeake Bay; the historic evolution of boatbuilding and other maritime trades along the Outer Banks; and the unsung stories of the oyster shuckers, crabpickers, and shrimp peelers who still making a living along the Pamlico Sound of North Carolina. The seminar emphasized the interrelation between the region’s social history and natural history, as well as an African American maritime heritage that has often been overlooked. The seminar’s fieldwork focused on the North Carolina coast. During the spring Cecelski’s students in Wars on the Homefront, 1940-2001 used documents to examine homefront life during WWII, Korea, Vietnam, and other U.S. military interventions, including the current “war on terrorism.” They explored the impact of wars on civil liberties, civil rights, and industrial and technology policy, labor activism, family life, and popular culture. They examined how wars have given rise to major social movements: civil rights, antiwar, and veteran rights movements. Students used local North Carolina and other Southern sources for their research projects. In fall 2003, Cecelski taught Documenting the Civil Rights Movement, a course in which students explored and documented the civil rights movement in North Carolina since World War II by recording the stories of people who experienced the African American freedom struggle firsthand. 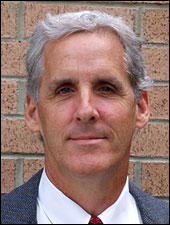