The recent joint releases of powerHouse Books’ There Is No Eye: John Cohen Photographs and Smithsonian Folkways’ CD There Is No Eye: Music For Photographs, recordings of musicians photographed by John Cohen, bring together several threads of Cohen’s work over the past fifty years. Although Cohen is best known as a musician, his photographs and films have been recognized by museums, by galleries, and at film festivals worldwide. His campaign for the recognition of traditional roots/folk music has led to the production of fifteen films, hundreds of photographs, and sound recordings. He has also made more than twenty recordings with the New Lost City Ramblers, along with related articles, liner notes, and interviews about music.

Cohen’s work crosses many disciplines and has been presented at diverse venues: art museums, anthropology film festivals, ethnomusicology conferences, visual anthropology classes, Appalachian studies courses, the politics of poverty classes, and Andean music and textile exhibitions. His photographs are in major museum collections and publications, and his award-winning films have been shown on PBS and BBC and at festivals worldwide. The sound recordings of the New Lost City Ramblers have received several Grammy nominations and, along with his field recordings, have influenced many musicians—including Bob Dylan, Jerry Garcia, and Ry Cooder—and shaped the old time fiddle music revival.

Cohen’s course, Visual Documentary, used film and photography to look at the problems inherent in visual documentation of cultural materials. Students considered issues of objectivity, interpretation, political agendas, mass communication, marketing, art worlds, and the commodification of just about everything. With the camera eye as the tool at the center, the course examined approaches to photography and documentary film as well as the history of documentary. Issues of technology and techniques were considered along with aesthetics, editing, sequencing, composition, and the expressiveness of light and atmosphere as they affect content in documentary work. Students viewed and conducted documentary projects in photography/film/video, with a focus on North Carolina. 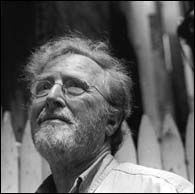