Karl M. von der Heyden retired from PepsiCo, Inc., in 2001. He had rejoined the company in September 1996 as Vice Chairman and Chief Financial Officer. During his tenure, he concentrated on refocusing the company by spinning off or selling the restaurant companies, buying Tropicana and Quaker Oats, and taking the bottling business, Pepsi Bottling Group, public, among other things. He had previously retired from RJR Nabisco, where he was Co-Chairman and Chief Executive Officer through May 1993 and Chief Financial Officer since 1989.

In December 1993, he took over as President and CEO at financially troubled MG Corp. on an interim basis and successfully restructured this multi-billion dollar company in a period of eight months. He had also served as Chairman of the Financial Accounting Standard Board’s Advisory Council (FASAC) and was a senior advisor to the Clipper Group, a private equity firm.

Before joining RJR Nabisco, von der Heyden was Senior Vice President, CFO, and a Director of H.J. Heinz Company for nine years. Prior to that, he worked for PepsiCo in various senior management capacities for six years.

He began his business career as a management trainee at Berliner Bank AG. He joined Coopers & Lybrand, Philadelphia, in 1963, where he received a CPA certificate; in 1966, he moved to Pitney Bowes and advanced to the position of Corporate Controller.

A native of Berlin, von der Heyden attended the Free University of Berlin. He graduated from Duke University in 1962 and obtained an M.B.A. degree from the Wharton School of the University of Pennsylvania in 1964.

He has served on numerous corporate boards as an independent director, including Macy’s, Inc., Astra Zeneca, NYSE Euronext, Dreamworks Animation, Huntington Ingalls, Aramark, and Cadbury Schweppes. He is a former Co-Chairman of the American Academy in Berlin as well as a former trustee of Duke University and the YMCA of Greater New York and other nonprofit organizations. He lives with his wife, Mary Ellen, in New York City. 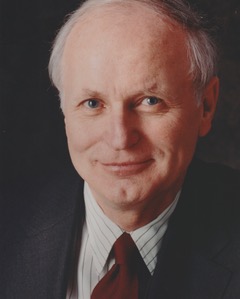